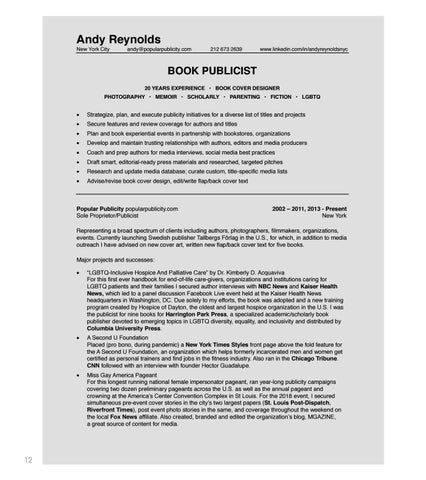 Strategize, plan, and execute publicity initiatives for a diverse list of titles and projects

Secure features and review coverage for authors and titles

Plan and book experiential events in partnership with bookstores, organizations

“LGBTQ-Inclusive Hospice And Palliative Care” by Dr. Kimberly D. Acquaviva For this first ever handbook for end-of-life care-givers, organizations and institutions caring for LGBTQ patients and their families I secured author interviews with NBC News and Kaiser Health News, which led to a panel discussion Facebook Live event held at the Kaiser Health News headquarters in Washington, DC. Due solely to my efforts, the book was adopted and a new training program created by Hospice of Dayton, the oldest and largest hospice organization in the U.S. I was the publicist for nine books for Harrington Park Press, a specialized academic/scholarly book publisher devoted to emerging topics in LGBTQ diversity, equality, and inclusivity and distributed by Columbia University Press.

A Second U Foundation Placed (pro bono, during pandemic) a New York Times Styles front page above the fold feature for the A Second U Foundation, an organization which helps formerly incarcerated men and women get certified as personal trainers and find jobs in the fitness industry. Also ran in the Chicago Tribune. CNN followed with an interview with founder Hector Guadalupe. 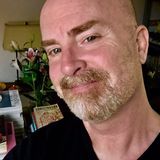