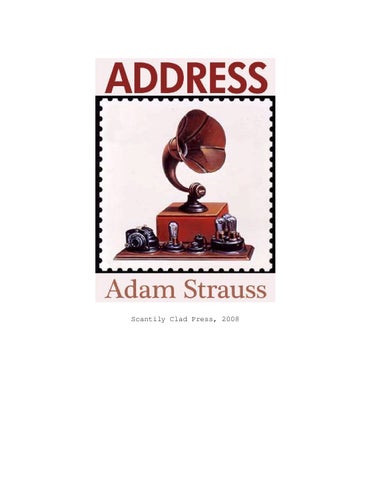 The poems of this chapbook have appeared in: Blaze Vox &amp; Wicked Alice

Class I must not forget To check The status of Rasika And Esther— To hand out The classes’ Chance to judge Me—calling For Heather’s voice; Now—insisting “Nigger-eye[s]” aren’t Like blackberries Nor phones— Yes cellular— Too many black men Yelling un-listened— “Practically Speaking” Out of my ken.

Truth Can there Be true Or only Truly? The truth Isn’t all Good—enough’s The best love.

Catholic Out of proportion Like censers swinging His faith Was rock-solid His goodness Winging A test that can be Prepared for; In this Case failing Is a flower-grown guard-rail Not breakage Greening acreage

Unbroken Speak “yes And no un Split”—life’s Not a bitch. We’re in Fez Tomorrow— Till then Goodbyes! There’s been A big break: Don’t restore. Birds call. I hear tin Lightning Strikes.

Reason Beyond I’m a man holding a dandelion—trying to reason Beyond female/male. What your average family in Mali does on Sunday: do you believe This an interruption or inclusion? Am I correct thinking I’m human in Sanskrit? We is most when mixed company. In Colorado. In Mexico. In Mexico eating Mole Colorado.

Sustenance It wonâ&amp;#x20AC;&amp;#x2122;t just go Nor be one thing. Mrs. Porter might Be here in the So much A wheelbarrow: Women Eating.

“Rainbow Country” In the windy light motes make Dust mixes with water wipes The air clean. The road’s A mess we barely Pass by on: Cheerfully low-down Looking at clouds rush-off Revealing a rainbow.

Brother There is always something â&amp;#x20AC;&amp;#x153;To sayâ&amp;#x20AC;? to nobody: Clouds cover: Jade waves A dolphin rides With my brother.

Visionary Please help me Or when is

Sensible versus screwing up? Birds on poplar boughs cheer me.

The sky endears me

To blue along with oceans and a period of Picasso; in a different period he Drew less and less of a bull until there’s no doubt. Grit from gentrification dusts wing-feathers. Because desire’s like that there There’s a big fight in the interstice. I need the “untranslatable Ice to watch”: Is gap Primarily problematic distance or space To see through to? I’m fond of Ferdinand the bull—frown at the king Watching cruelty in rings—fingering his wife’s bands—full of hope For a new world.

Mission Across a bridge from a tribunal Flanked by roses Essays on iniquity in the making At an address the mailman rarely gets right. A week ago swallows Arrived at the mission. I believe

in Bluegrass: Admire a berm for its word.

Tradition I’m for tradition: a sandstone rock in wind or Picassos Mounted on the wall at Alta Mira. I hope someone sends me a postcard from there. Is woman Sanskrit? I hope—in any language—means strong.

Attempting Direct Address In the

Be a we? Empirical No until there’s Statistically—if

evidence suggests a reader: you who you are a woman—is less likely to be literate.

Adam Strauss is in the MFA program at UNLV. He adores Las Vegas, along with George Herbert&#39;s The Temple and Melvin Tolson&#39;s Harlem Gallery. He has an Echapbook, Nation-State, out with BlazeVox. The poems of Address are from a manuscript titled From Feminism. 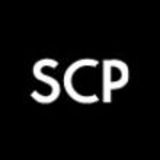