DESIGN • Student design work (undergraduate) Material produced during the pursuit of a Bachelors of Science in Architecture at the University of Maryland, from September 2006 to May 2010. • Student design work (graduate) Material produced during the pursuit of a Masters of Architecture at the Harvard Graduate School of Design, from September 2012 to May 2015. • Professional design work Selection of office projects completed in Athens, Greece for VMP Arquitectos and Katerina Tsigarida Architects, together with a record of technical contributions to the Restoring Ancient Stabiae program in Naples, Italy, in the summers of 2009 and 2010.

â&#x20AC;˘ Student design work (undergraduate) Material produced during the pursuit of a Bachelors of Science in Architecture at the University of Maryland, from September 2006 to May 2010.

This project introduced the challenges of living-unit design in a medium density suburban environment. Following a preliminary review of exisitng strip shopping centers in the Washington DC area, one was selected to accomodate an architectural framework which would seamlessly integrate replicable unit designs as a means of defining facade. Along with the prescribed residential space, retail and public meeting space were included in the subsequent courtyard-oriented design. Program (in square feet): Retail space (minimum 30000sf), community/public space (25000sf), residential units - 50 minimum, parking to accomodate all uses. Structure: Steel column grid-system with regular bays to accomodate living units Site (Riggs Rd. Strip Mall, MD, USA): Abandoned strip mall on Riggs Rd., located on through-way for major W-E traffic into Washington DC, surrounded by dense suburban developement, sparse community activity, 10-min walk to Ft. Totten Metro stop. Process: An abandoned suburban strip mall was the site for our intervention; a landmark to center a lost community. I began by creating a rigid structural framework for the apartment units which were the focus of my design. Each unit variation adopted a 48â&#x20AC;&#x2122; x 20â&#x20AC;&#x2122; grid whose depth changed according to its program. In exploring programmatic challenges, I conducted a study using physical models to understand how one-story studio and two-story family apartments would fit together given their volumetric constraints. The interior program (master bed and bath, laundry room, kitchen/dining area, storage space, and living room) was a unique opportunity to develop skills in interior design. Finally, three-dimensional modeling studies helped me to understand the effect of pushing and pulling each volume on the facade.

Unit design study focusing on massing and interconnectivity of 20x48â&#x20AC;&#x2122; one- and two-story units

The concept of an organic facade, made whole by alternating components was realized by the construction of the physical model; its mass, its form, its funcitonality. Over seventy units cover three floors of vertical space; a single unit above a family, a family over a single, or three singles stacked one above the other. Their effect on the facade is the creation of texture and mass. Their effect on program is the activation or deactivation of public and private space. Protrusive units create courtyard-facing gardens. Depressed units create balconies in the opposite direction. These alternations provide a systematic variety of living conditions, achieving freedom of choice and functional, replicable simplicity.

The object of this project was to create a sustainable building design which seamlessly assimilated with the landscape of a public park in Washington D.C. Primary considerations included selecting an appropriate building site, working effectively with topography, and realizing a building design which took into consideration the use of sustainable materials and structure. Program (in square feet): Two bathrooms (250 sf each), mechanical/storage space (1000sf), office/ entry foyer (400sf min), library (120ft linear stacks - 2000sf total), and public exhibition space (6000sf). Site (Catholic University, Wash., D.C.): Located west of Catholic University, sizeable parkland surrounded by highly-trafficed urban throughways, adjacent to the National Cathedral, D.C.’s most revered religious building. I located the building at the highest elevation within the park, giving it a north-south relationship to the Pope John Paul Cultural Center (north) and rotating it to create an axial relationship with the National Cathedral. My building design became dictated by the proportions of the most readily available and sustainable building material - 2’x4’ plywood. Structurally, the western (two-story) half of the building is supported by a columnar grid, the other half by trusses spanning the required two-story exhibition space. My process was driven by the development of scaled sketches and the construction of a quarter-scale model.

5) Stepped landscaping dramatizes a view of the city and creates a pedastal effect.

6) Exterior staircase experiences the longitudinal axis while in contact with the interior court.

This project was as an introduction to urban design and the effect of landscape on the activation of public space. The area under study was the historic Watergate Steps in Washington DC, located at the west end of the city’s National Mall axis, along the Potomac River. Focus during this project was placed on understanding urban sequencing, movement between public and private spaces, and the development of tectonic forms to act as transitional elements between the city and our site. Program (in square feet): Covered area to seat 2000 people, adaptable stage/performance area, public amenities (toilets, shops, etc.), prominent gateway feature. Site (Watergate Steps, Washington DC): Historical waterfront entrance to the nation’s capital, once used as seating for concerts performed on floating barge, land-locked site enclosed by Ohio Dr. (west), the Memorial Bridge (south), and the Rock Creek Parkway (north), situated opposite the Lincoln Memorial (east). The first phase of this project was a group study of Washington DC, analyzing 150 years of urban change which altered and produced our site and its surroundings. Next, I conducted a survey in plan and section and used that data to create diagrams, assessing the site’s primary access points, traffic flow, and connection to the water. Finally, via three-dimensional modeling and accurate plans and sections, I developed my concept of a covered “outdoor theater,” projecting outwards over the river.

This project dealt with the design of the vertical surface of a building in context. It addressed both compositional concerns and the spatial, functional, and structural character of an infill proposal. Proportion, light/shade/ shadow, abstraction, representation, and construction were all concerns of this project. In addition, the project was instructed by Karl Dupuy, an emminent American architect and urban designer and pupil of Edward Bacon. Program (in square feet): Ground floor retail and private lobby, mesanine rentable office space, upper floor “great social space.” Structure (concrete and steel): Recommended steel columns and beams, reinforced concrete floor slabs, maximum facade height (60 feet), maximum depth of facade (10 feet), maximum street projection (4 feet), floor to floor height (office - 12 feet, residential - 10 feet). Site (Washington DC, USA): Located on 8th Street, highly trafficed boulevard, within 1 block of the Chinatown Metro. We were asked to imagine a gap (36 feet wide) between buildings 9 and 10 on 8th Street in the nation’s capital. My facade would complete the block. I studied precedents (such as Wagner’s Postal Savings Bank in Berlin) for context and inspiration. I arranged the program and examined its effects on the vertical plane. I chose an arrangement and critically analyzed the structural details of my intervention. I realized my ideas with construction drawings, a rendered elevation, and a hand-crafted model.

This project began with an urban design study of Silver Spring (a commuter city outside of Washington DC) and concluded with the design of a museum (for the Discovery Channel company). The building is intended to feature interactive spaces and displays showing the community educational and entertainment features generated by the Discovery Channel. It is intended to be an integral part of the urban context and to function as an icon and landmark. Program (in square feet): Auditorium/cinema (300400 seats), entry lobby with exhibition space, meeting rooms and offices (450sf), Discovery Museum retail (8000sf), exhibition space (at least 3 stories). Site (Silver Spring, Maryland): Suburban commuter city north of Washington DC (daily through-way), urban potential (disconnected hot-spots), building site abandoned parking lot, just north of the city’s center. The project began with a group analysis of the urban condition (Silver Spring’s potential for development); along with another team member I collected, analyzed, and clearly represented our findings to validate an architectural intervention. Having bonded the site with an organized urban scheme (the concept of the “green belt”), I began the building design using process models to study the effects of volume and void on our program requirements. I conducted a floor-by-floor analysis of the structure, focusing on the museum’s circulation. Then, I verified my architectural concepts in plan and section, exacting the details of my proposal. Finally, I created a physical model, which, separating along its longitudinal axis, represented the totality of my design.

The topmost diagram is a final rendering of the concept of an urban “greenbelt.” The center diagram shows a link of urban spaces from the community center, through an already-active avenue, to the existing Discovery Channel office building, and finally to the metro station. The final diagram above is a master plan showing several urban design concepts working together to reorganize and redistribute components of the urban scheme.

This second diagram series shows two important concepts scrutinized during our urban analysis. The first, uppermost diagram describes the connection of our site with the Silver Spring community center and plaza by means of a side-street (in pink). This important street will later serve as an organizing element to my building design. The lower diagram and perspective describe a gateway experience from beneath the metro station bridge.

The diagrams above represent three ideas cultivated during a group-study/urban analysis of Silver Spring. The uppermost diagram is a rendering of courtyard-center block types. The center diagram shows a green city edge, a means of delineating and defining the city’s boundaries. The third shows the influence of a traffic circle in connecting the city’s two gateways (our building site and the metro bridge).

Exhibition exit escalator, circulates visitors to the lobby between building structure and facade.

â&#x20AC;˘ Student design work (graduate) Material produced during the pursuit of a Masters of Architecture at the Harvard Graduate School of Design, from September 2012 to May 2015.

â&#x20AC;˘ Professional design work Selection of office projects completed in Athens, Greece for VMP Arquitectos and Katerina Tsigarida Architects, together with a record of technical contributions to the Restoring Ancient Stabiae program in Naples, Italy, in the summers of 2009 and 2010. 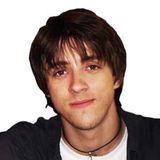