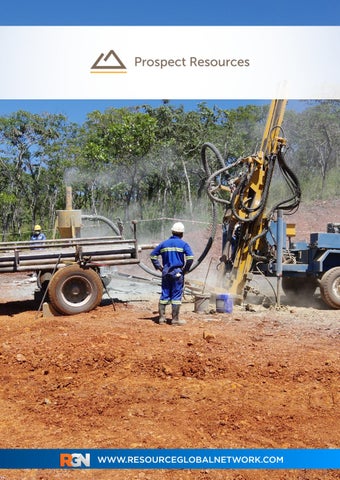 Prospect Resources is the brainchild of experienced mining executives Hugh Warner and Harry Greaves. The pair formulated a vision to list an Africa-focused mining company on the ASX that would utilise Warner’s vast previous experience as a director of many publicly listed companies along with the localised knowledge of Greaves and his team of Zimbabwean miners involved in various mining assets. It was soon decided that Prospect would initially focus on Zimbabwe, a country with many strong potential mining projects and bags of untapped skills according to Greaves, yet its mineral resources sector has invariably suffered in the past due to a lack of access to capital markets and political instability. However, under the co-guidance of executive chairman Warner, Prospect was listed on the ASX, and the first step of his and Greaves’ plan was realised. In the first couple of years after its listing, Prospect began building a portfolio of gold assets in Zimbabwe but didn’t establish a flagship asset until lithium started to become an increasingly compelling mineral across the investment market.

Resource Global Network At this point the firm began to evaluate a number of potential lithium assets before determining that the Arcadia Lithium Project, a hard rock deposit comprised of spodumene and petalite ore located on the outskirts of Harare, held the most potential. When Prospect acquired the project in mid-2016, it gained access to historical information relating to previous activity at the site, which revealed that the UK Atomic Energy Association completed limited mining of part of the resource dating back to the 1950s and 60s. From this material, the company formulated an initial resource target of 15-18 million tonnes at 3% lithium, ahead of a scoping study at the end of 2016 and pre-feasibility study in June 2017. To say that initial expectations were exceeded by the results of these studies is an understatement.

A globally significant resource “When we started rolling out the drilling programme we discovered what we call the lower main pegmatite, which does not appear to have been previously known about or explored,” says Greaves. “That has pushed us up to a total resource of 72 million tonnes, making Arcadia the sixth biggest lithium hard rock project in the world.” Blowing initial expectations out of the water would be a more appropriate way to describe the results of Prospect’s phased drilling programme.

After continued updates were made to the

Prospect, none more so than its location just

mineral resource estimate over 2017, the

38 km East of the capital Harare.

“We’ve got bitumen roads within 15 km of

lithium resource and one of the most globally

the project. We have abundant water and

In addition to the sheer size of the resource,

there are a number of other key elements

well suited to getting into production quickly

of the project that are working in favour of

In addition, the project economics are also

Operating in Zimbabwe is a prospect

that would raise the eyebrows of many

There is no need to construct a big mining

experienced heads in the mining industry,

village or build any major roads and the only

planned infrastructural work is the repair of

around 16 km of gravel road for the haulage

of late and the significant shift in the political

of concentrate through Goromonzi district

towards the main arterial road leading to the Beira port in Mozambique.Â

However, in a stark contrast to many reports of business dealings in Zimbabwe, Greaves

MINING | Prospect Resources happily reveals that from the very first

to Greaves. “We are currently witnessing

moment Prospect signed the deal for the

extraordinary levels of cooperation,” he

Arcadia project, the authorities have been

nothing short of fantastic in helping the company advance its asset.

“In all my experience of mining in Zimbabwe for 20 years, I’ve never seen a situation where

“We secured the project at the end of May

the entire hierarchy of the ministry of mines

are available at any time to take a call and

to us is always: How

estimation) within four months and all

you to expedite this

‘Extraordinary levels of cooperation’ Moreover, since the change of government in Zimbabwe in November 2017, the operating environment has further improved, according

Zimbabwe’s Minister for Mines and Mining

line to the project and is working very closely

with Prospect to get the site designated as

hand how Prospect is delivering battery

a Special Economic Zone, for to the second

The key reasons behind Prospect building a

lithium carbonate pilot are two-fold. One is to demonstrate its commitment to providing

In February 2018, Prospect commissioned a

greater beneficiation to the government

of Zimbabwe. Two is to provide greater

city of Kwekwe, which was recently visited by

profitability margins for the company. “We will initially be exporting 240,000 tonnes of concentrate primarily to China and a lot of that is just rocks going on holiday,” Greaves quips. “With a chemical plant we gain the ability to turn that concentrate into lithium carbonate in-country,

which it is much more profitable and an

to be available right through the construction

and will then roll some of those people into

Better returns for country and company

the production phase too. “We can also pull in some of the skilled

The pilot plant was designed and built locally,

people out of the city as we are in such close

which is a strong indicator of Prospect’s faith

So far, the pilot plant has successfully

benefits to be shared within the country

when it comes to building a full-scale

lithium carbonate, which is a significant

In the long term, Prospect will create

“We are working on some additional steps in

and around the same in Phase 2, while in

the process now which makes us believe we

the short term a significant amount of heavy

labour jobs will be available as the project

that is the benefit of having a pilot plant.”

“We are working very closely with our local

Prospect has already secured an exciting

communities to make sure that where the

skills are appropriate, the communities will

company Sinomine, who have a strong

benefit. We will be training a lot of those folk

footprint across Southern Africa with stakes

in mining ventures in Zambia and the DRC, as

for the official opening of the mine, with first

facility in China. Looking beyond the near-term, Prospect has “They have a lot of skills themselves which we

a pipeline of gold projects in Zimbabwe that

will be leveraging off and they have agreed

pre-date the Arcadia project, which are set to

to buy 70% of our product for the next seven

be revisited by the company in the coming

“We are in advanced discussions with three

In addition, the company is exploring various

other potential offtake partners and are very

opportunities across Southern Africa for

confident that we will close out the remaining

copper-cobalt deposits in the DRC as well

in our spodumene and petalite concentrates,

as various opportunities in Zambia and

as well as the very keen interest in our

carbonate plans too.” “At the moment our geological team is Prospect has commenced the construction

phase of its flagship Arcadia Lithium

Project and is waiting to hear back from the

the company growing very rapidly in the next

President of Zimbabwe with regards to a date 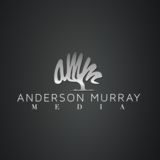