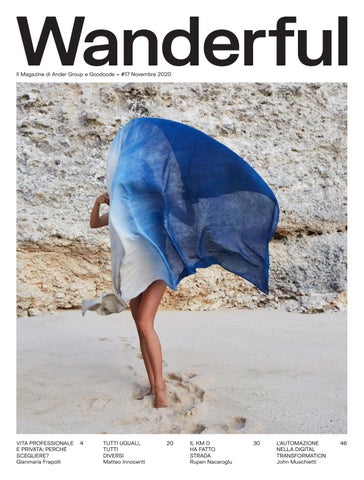 ork and play – and love, and discovery, and art, and responsibility for our planet and for the other beings with whom we share it… We tend to assign each of these vital human needs to its own mental compartment, with its own timeslot in our busy schedules – but they are really all aspects of one thing: life, harmonious, as it should be lived.

For most of us, the happy dream of “worklife balance” comes to an end each time our pocket pings. Saskia Koerner, though, has managed to make it reality. With vision and determination, she has created an existence that effortlessly combines a range of passions: design, photography, surfing, travel, and sustainable, low impact living. A native of one of the world’s loveliest cities, Cape Town, Saskia was always aware of the intersection of cultures, the beauty of nature and design, the possibilities for harmony of modern and ancient points of view. “It’s such a crossroads: the Atlantic meeting the Indian Ocean, the tip of the great continent of Africa, the mountains looking down on you, the whales out in the water… and the Cape province is the home of the earliest modern humans. How could it not be inspiring?”

One new way to look was through photography: “It plays such a key role in fashion – yes, I can tell people, ‘my collection

After sharpening her skills working with several well-known photographers in New York City, Saskia decided to move back to Bali, the site of one of her boutiques, where she could combine work as a fashion photographer with catching some great waves. Here, everything came

Single fins are where we come from in surfing. A single fin slows you down and forces you to flow more with the wave. Rather than trying to pump down the line you’re gliding and more fluid. I especially love how this style suits female surfers.” is for the woman on the move who travels nomadically and is always ready to go,’ but one picture says all of that, ten times as vividly.” Having decided in 2014 to take a break from the clothing business, she enrolled in the famous Brooks Institute of Photography in Santa Barbara, California. Brooks trained many top fashion photographers, but also included photojournalism and portrait photography in its curriculum. “It was a great opportunity to learn to see again, with the camera’s selective eye… and, even better, Brooks was near Rincon Beach – the surf spot they call ‘Queen of the Coast.’”

together: work, travel, sport, a glorious natural environment – and Bali’s long tradition of making beautiful fabrics. Bali is a cultural as well as a natural paradise, linking ancient knowledge about plants, fibers, and colors with a deeply spiritual approach to life. She reignited her love for textiles, experimenting with sarongs, scarves, and versatile, comfortable yet stylish garments to fit her fast-moving, independent lifestyle. On her photo shoots, other women saw the pieces and asked to try them on – and simply, organically, an enterprise was born: Saskia’s new clothing range, Sassa Moon.

She put all that inspiration into a highly acclaimed clothing business, Misfit, that started as a market stall and ended with boutiques on three continents. “I was experimenting with color and different dyeing methods: the classic techniques by which clothing captures and reflects the natural world. I loved it and it was successful, but at the same time I wanted to explore more. The longer you’re in an industry, the more you need to look outside it for inspiration.”

Saskia had surfed in South Africa, and the call of Rincon’s waves reignited her passion, particularly for the classical single-fin board. “Single fins are where we come from in surfing. A single fin slows you down and forces you to flow more with the wave. Rather than trying to pump down the line you’re gliding and more fluid. I especially love how this style suits female surfers.” Once more, two passions united in Saskia’s life: starting in a chance dawn meeting with a fellow woman surfer in her mid-70s, she began “dragging my huge old Hasselblad 8x10 analog camera down to the beach” to create Light Waves, a series of iconic photographic portraits of female single-fin surf culture. Light Waves toured as an exhibition, gaining rave reviews – as well as opening some eyes. “It was raising issues about image and gender that I hadn’t anticipated. I’ve always been acutely aware of gender inequality, marginalization and sexualization of women in the surfing world. Maybe in my subconscious these issues made me take portraits in the most natural and informal manner: to show that we’re all just women, of all shapes and sizes. It’s about our passion for the ocean and riding waves, not looking sexy as they want you to in the magazines.”

We draw on the expertise of local people at every stage; our process is human-scale, sustainable, made with care and love.

“What defines the Sassa Moon label? These are essential basics – intimates, shirts, scarves – but also elegant, luxurious and environmentally friendly. The fabrics are entirely organic cotton and bamboo: practical, comfortable, soft on the skin. The colors are all natural, using the traditional plant-based dyes of Bali and the surrounding islands: indigo, ketapang leaf, secang wood, coconut husk, mango and cherry leaves – deep, soothing colors that reflect the nature and history of the wonderful place. We draw on the expertise of local people at every stage; our process is human-scale, sustainable, made with care and love.” This commitment to environmental and social responsibility isn’t just some marketing ploy; it reflects Saskia’s strong sense of what she calls the “toxic fast fashion business.”

Before the COVID-19 pandemic, the global clothing industry seemed to be spinning out of control. The market doubled in size in the last two decades; since 2014, we have been buying nearly twice as many clothes per person but wearing them for half as long. Nearly all of that huge production volume ends up in landfill or incinerators: we dump the equivalent of one full-size truckload of clothing every second of the year. “It’s crazy: the fashion industry is exploiting people in some of the poorest countries, depleting precious resources, polluting the environment, contributing to climate change… all so that some retailers can offer 12, 16, 24 collections a year. It’s all buy, wear, and throw away – the opposite of sustainable.” The toxicity of fast fashion extends to the textiles on which it depends. “Artificial fibers like polyester are based on fossil fuels,

are hardly ever recycled and don’t biodegrade. Washing garments made from them releases a huge volume of plastic microfibers into the water supply: the equivalent of about 50 billion plastic bottles every year. These fibers are found in the bodies of marine animals in every ocean.” So are “natural” fibers all environmentally acceptable? By no means: “viscose and rayon are made of cellulose – wood – but about 30% of these fibers used in fashion come from ancient, irreplaceable forests. Cotton is a natural fiber, but non-organic cotton farming uses nearly one-fifth of the world’s pesticide production, polluting soil and water. If the source of the fiber isn’t sustainable, then it’s not truly natural.” Sassa Moon aims to point the industry in a better direction: toward Slow Fashion. Instead of filling your closet (and then your waste bin) with this month’s style memes,

why not wear something classically elegant and comfortable, which will give you pleasure time after time… pleasure without guilt for wrecking our planet? “Take our bamboo intimates: bamboo is a completely sustainable source of fiber – and what a fiber! It feels gorgeously soft and caressing. It’s insulating, keeping you cool or warm. It’s antibacterial, so you feel fresh all day. It’s uncrushable: just stuff it in a bag and go. You don’t need to sacrifice anything for ultimate eco-friendliness.” Everything comes together in a seamless weave: fabric, design, color, image, place, and people. Even in the face of the pandemic, when lockdown trapped Saskia on a remote island in New Zealand, the integration of her business allowed her to continue to run it on-line – while also learning Maori basket-weaving! The fashion may be Slow, but Saskia never stops. •

For the true nomad, everywhere is home. A sharp eye, a keen mind, and an open heart are all the baggage you need to go treasure-hunting. Saskia Koerner travels light, but has picked up on her journeys the most valuable cargo one can carry: the secret of a harmonious life, where there is no artificial boundary between the worthwhile and the enjoyable. In her wanderings, she has found the Wanderful.

Design is the path to meaningful business

Wanderful is all around us

RELAZIONI 30 Christian Testoni Due pizze e due coche, per favore

The Border of Dreams