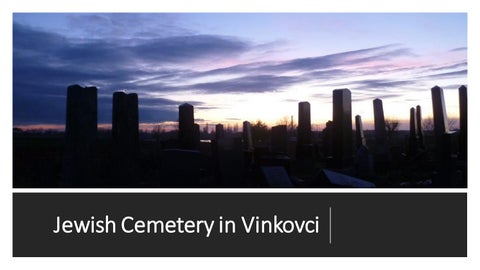 The Jewish cemetery in Vinkovci was founded around 1870.

We have counted ….There are 334 graves on the Jewish cemetery.

The oldest gravestone (a burial monument) dates back to 1876.

The most recent gravestone dates back to 1976.

Jakša Andrić was a doctor and a Jew by birth but he converted to Christianity and changed his surname. He died in 1976 at the age of 75. His grave looks like other Christian graves and it is situated between two graves which are characteristic for the Jewish cemetery - they are also the graves of his parents.

We have looked for the most common surnames….

Stonemasonry workshops which have made most of the gravestones on the Jewish cemetery :

Hevra Kadiš – a charity which took care of the dying and the dead.

- Croatian - German - Hebrew or some other language combinations

Star of David ( &#39;Shield of David&#39;) on the grave of Ignjat Baum. A symbol of Judaism. It is a common symbol used primarily on gravestones of men.

The symbol of KOHEN on the grave of Richard Rosenberg Kohen was a descendant of Aron, the elder brother of Moses. This symbol represents a permanent blessing on the gravestone. The priest or someone close to the priest can have this symbol on the grave.

The symbol of the Levites (a tribe of priests)

The grave of Lavoslav Flesch THE TREE ( OF LIFE) The Tree of Life is a common symbol. Its branches are lowered or it is cut down.

What is there left to say and do at the end .... It is a common Jewish cemetery custom to leave a small stone at the grave, which symbolizes simplicity and the creation of humankind out of dust and that to dust they shall return...

All humans are responsible for one another….( Talmud) This research was conducted by the students of Bartol Kašić Elementary School in Vinkovci, Nika Brkić and Ivan Vulin, who are both eighth grade students -8a ( mentored by Ivana Spajić, the professor of history and philosophy) and the students of Ivan Mažuranić Elementary School in Vinkovci, Rebeka Andrijanić and Sara Marčinko, who are also eigtht grade students -8a ( mentored by Ana Volf, theology graduate) We are grateful for the cooperation and the assistance given by the – GTG- Vinkovci cemetery department- Mr Marjanovic and the Jewish community from Osijek. 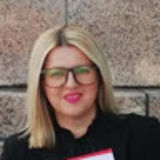