AHG by the Numbers

The Road so Far

MESSAGE FROM OUR BOARD PRESIDENT & EXECUTIVE DIRECTOR & FOUNDER God’s providential economy is strange in the eyes of the world. Would God really call American Heritage Girls, a 23-year old ministry, to launch? Weren’t we already going? Yet, when God gave us this verse for the year, we heard in it a clear call to renewal: “When He had stopped speaking, He said to Simon, Launch out into the deep and let down your nets for a catch.” – Luke 5:4, NKJV As you will see in the following pages “Launch” was exactly the call on American Heritage Girls this year. Here, you will see growth that goes beyond numbers; a renewed commitment to live out of God’s abundance. Those who are of the world settle for what their experience tells them is all they can get. For followers of Christ, every day is a new venture; every day is an opportunity to launch anew with Jesus. At AHG, we live by these words: “Therefore, if anyone is in Christ, he is a new creation. The old has passed away; behold, the new has come.” – 2 Corinthians 5:17, NIV From the way a girl experiences her first meeting to the building of Area Teams, we are actively seeking to renew how we do what we do so that we can better serve the families God brings into the AHG community across the country. The challenges posed to girls by our culture have never been greater, but God’s love for them is undiminished. In the face of these challenges, we ask that you pray for the staff, for the volunteers, and for the girls in the Program, that we would walk in the plans that He has for us all; plans to give us all a future and a hope in Him (Jeremiah 29:11, NIV). Thank you all for partnering with us in sharing our renewed commitment to building women of integrity in Christ.

Rob Rye President of the Board

OATH I promise to: Love God, Cherish my Family, Honor my Country, Serve in my Community.

AHG BY THE NUMBERS When you hear the word “launch”, a boat setting off to sea might come to mind. The fascinating thing about a boat launch is that the takeoff is just the beginning. The true story is about where it’s going. Perhaps the crew is sailing to undiscovered islands or studying new marine species beneath the waves. Whatever the final destination, its launch is simply the start. This same inspiration is found in this year’s AHG Launch theme. Every effort launched this year was not simply to put an idea in motion, but to have a positive impact on the AHG Ministry. It is with this goal-setting attitude that AHG concluded a successful year.

OF STATES HAD OVER 10% TROOP GROWTH

AHG SEEKS TO SERVE The American Heritage Girls Program places a great emphasis on service to both church and community. Each year, AHG Staff and Troop members alike partake in a variety of service projects nationwide to spread the gospel and have a positive impact on the community around them. Girls are challenged to make a difference by ‘putting legs on their faith’ and participating in the Heritage Girls United Giving Service (HUGS), the service-arm of the AHG Program. Troops who participate in three or more service projects per Program Year qualify for the HUGS Patch and individual recognition through Service Stars that celebrate individual girl hours of service. In the past, Troops have launched into service work by planting flags on patriotic holidays, working at local soup kitchens, and creating blessing bags for the homeless. AHG Troops are also encouraged to participate in celebration of AHG National Day of Service, a day committed to serving local non-profits in AHG’s birthday each year. By following Christ’s command to serve His people, Troops are making this world a brighter place.

“Girls were asked to solicit non-perishable food for the Food Pantry of Green Cove Springs. A total of 1,116 pounds of food was donated. This was a great opportunity to explain to our daughter(s) that not all families have access to food and water and how this was an opportunity for her to live out her faith in Christ by helping those in need. ‘For I was hungry and you gave me food.’ Matthew 25:35, NIV” – Katrina Cramer, FL5312

THE ROAD SO FAR In 1995, American Heritage Girls was founded by a group of parents that desired a faith-based, character development program to guide their daughters as women of God and integrity. AHG was created with the love of God through the love of families for the love of children. Since its start in 1995 in West Chester, Ohio, AHG has grown from 10 Troops and 100 Members to over 49,000 members across 14 countries and 50 states.

kes place, AHG Oath is created, Becomes incorporated in the State of Ohio

2012 – National Day of Service is instituted

CASE STUDY: AHG Member Plans Sailing Adventure in the Bahamas Over the summer of 2018, American Heritage Girl Lydia, a Patriot, spearheaded a trip of leadership, service, and fun to the Bahamas with three girls from her Virginia Troop, two Trailblazers from Montana, and three AHG Adult Members. Lydia always had an interest in sailing and jumped at the opportunity to participate in the AHG Sailing Adventure made possible by Different Drum Sailing Adventures, a program that offers educational sailing for teens and young adults. Lydia utilized her leadership skills gained from her years with AHG by getting in contact with Different Drum Sailing Adventures and other Troop Members that would also be interested. The trip came to fruition soon after, allowing Lydia’s group to set sail on The Boundless with Captain Jeff and First Mate Kelly on May 8, 2018. The crew sailed and snorkeled through the uninhabited Out Islands and saw colorful corals, fish, and even a Caribbean reef shark. In addition to having fun exploring the crystal clear coves, Lydia’s group integrated the AHG pillars of faith and service over the course of the six day sailing adventure. Lydia’s group had daily devotionals and took turns serving each other by cooking meals, cleaning, and doing jobs around the boat like “Captain-of-the-day”, where the girls got to learn what it takes to be a leader at sea. This included navigational lessons taught by Captain Jeff. During this time, Lydia practiced her skills of boating safety and knot tying learned from the AHG Outdoor Skills Frontier. At the end of this trip, Lydia was hungry for more. “I really hope to go on another sailing trip with Different Drum Sailing Adventures sometime in the future,” Lydia said. “Thank you so much to Captain Jeff and everyone else on board The Boundless for an absolutely life changing experience!”

American Heritage Girls, Inc. is a non-profit corporation that is recognized by the Internal Revenue Service as taxexempt under section 501(c) (3). All contributions to AHG are tax-deductible. AHG as an organization is committed to financial transparency and accountability. As a 501(c)(3) organization, American Heritage Girls receives the benefits of being an ECFA member. The ECFA provides accreditation to leading Christian non-profit organizations that faithfully prove compliance with established standards for financial accountability, transparency, fundraising, and board governance. Requests to view the current annual audit can be made in writing to the AHG Office, attn: Director of Finance.

American Heritage Girls, Inc. is accredited by the BBB (Better Business Bureau), meeting all 20 required BBB financial standards. NET ASSETS AT THE END OF THE YEAR

AHG STRATEGIC PROGRAM ALLIANCES Every year, American Heritage Girls connects with like-minded organizations to ensure that the AHG Program enriches the lives of girls through faith, service, and fun. With the help of these ministry partners, AHG continues developing girls to better the world for Christ. These Strategic Program Alliances are created with the goal of continuously building God’s Kingdom through the positive impact that service brings. The offerings provided by AHG’s partners expand girls’ experiences and knowledge. AHG would like to acknowledge and thank the following organizations for assisting the AHG Program during the 2017-2018 Program Year:

BECAUSE OF YOU American Heritage Girls was started with the goal of developing a Christ-centered program for girls to grow into women of integrity. Your prayers, support and involvement allow the AHG Ministry to continue to meet the needs of girls around the country. Because of you–AHG will continue serving girls to impact their world for Christ. Your contributions are invaluable and we are grateful for all that you have shared.

“AHG is relational in every aspect. It is an attribute that sets us apart from many other experiences for young women. Friendships are built, fellowship ensues, learning is experienced, and girls flourish without even one minute of data usage necessary!” – Patti Garibay, AHG Executive Director

“My oldest daughter started as a Pathfinder and is now a 2nd year Pioneer. AHG has been a fantastic social outlet for her while still learning how to love Jesus and become a leader. AHG is the highlight of her week!” –Amber Dale, IN2324

To learn more about American Heritage Girls or learn about volunteering in a Troop near you, visit americanheritagegirls.org 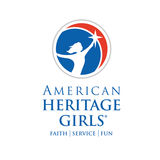