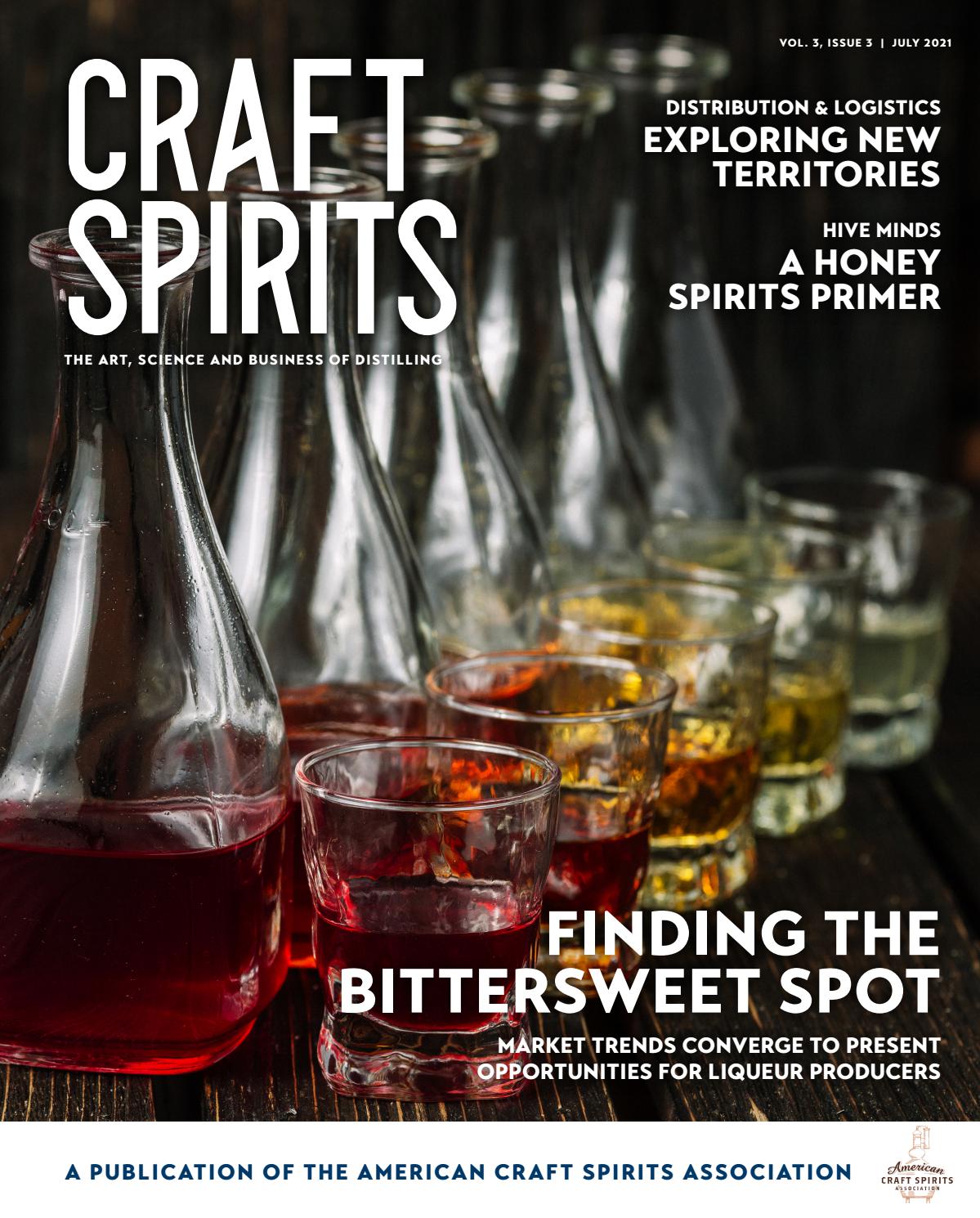 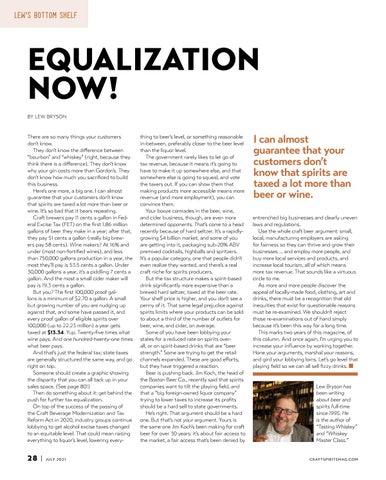 There are so many things your customers don’t know. They don’t know the difference between “bourbon” and “whiskey” (right, because they think there is a difference). They don’t know why your gin costs more than Gordon’s. They don’t know how much you sacrificed to build this business. Here’s one more, a big one. I can almost guarantee that your customers don’t know that spirits are taxed a lot more than beer or wine. It’s so bad that it bears repeating. Craft brewers pay 11 cents a gallon in Federal Excise Tax (FET) on the first 1.86 million gallons of beer they make in a year; after that, they pay 51 cents a gallon (really big brewers pay 58 cents). Wine makers? At 16% and under (most non-fortified wines), and less than 750,000 gallons production in a year, the most they’ll pay is 53.5 cents a gallon. Under 30,000 gallons a year, it’s a piddling 7 cents a gallon. And the most a small cider maker will pay is 19.3 cents a gallon. But you? The first 100,000 proof gallons is a minimum of $2.70 a gallon. A small but growing number of you are nudging up against that, and some have passed it, and every proof gallon of eligible spirits over 100,000 (up to 22.23 million) a year gets taxed at $13.34. Yup. Twenty-five times what wine pays. And one hundred-twenty-one times what beer pays. And that’s just the federal tax; state taxes are generally structured the same way, and go right on top. Someone should create a graphic showing the disparity that you can all tack up in your sales space. (See page 80!) Then do something about it: get behind the push for further tax equalization. On top of the success of the passing of the Craft Beverage Modernization and Tax Reform Act in 2020, industry groups continue lobbying to get alcohol excise taxes changed to an equitable level. That could mean raising everything to liquor’s level, lowering every-

thing to beer’s level, or something reasonable in-between, preferably closer to the beer level than the liquor level. The government rarely likes to let go of tax revenue, because it means it’s going to have to make it up somewhere else, and that somewhere else is going to squeal, and vote the taxers out. If you can show them that making products more accessible means more revenue (and more employment), you can convince them. Your booze comrades in the beer, wine, and cider business, though, are even more determined opponents. That’s come to a head recently because of hard seltzer. It’s a rapidlygrowing $4 billion market, and some of you are getting into it, packaging sub-20% ABV premixed cocktails, highballs and spritzers. It’s a popular category, one that people didn’t even realize they wanted, and there’s a real craft niche for spirits producers. But the tax structure makes a spirit-based drink significantly more expensive than a brewed hard seltzer, taxed at the beer rate. Your shelf price is higher, and you don’t see a penny of it. That same legal prejudice against spirits limits where your products can be sold to about a third of the number of outlets for beer, wine, and cider, on average. Some of you have been lobbying your states for a reduced rate on spirits overall, or on spirit-based drinks that are “beer strength.” Some are trying to get the retail channels expanded. These are good efforts, but they have triggered a reaction. Beer is pushing back. Jim Koch, the head of the Boston Beer Co., recently said that spirits companies want to tilt the playing field, and that a “big foreign-owned liquor company” trying to lower taxes to increase its profits should be a hard sell to state governments. He’s right. That argument should be a hard one. But that’s not your argument. Yours is the same one Jim Koch’s been making for craft beer for over 30 years: it’s about fair access to the market, a fair access that’s been denied by

I can almost guarantee that your customers don’t know that spirits are taxed a lot more than beer or wine. entrenched big businesses and clearly uneven laws and regulations. Use the whole craft beer argument: small, local, manufacturing employers are asking for fairness so they can thrive and grow their businesses … and employ more people, and buy more local services and products, and increase local tourism, all of which means more tax revenue. That sounds like a virtuous circle to me. As more and more people discover the appeal of locally-made food, clothing, art and drinks, there must be a recognition that old inequities that exist for questionable reasons must be re-examined. We shouldn’t reject those re-examinations out of hand simply because it’s been this way for a long time. This marks two years of this magazine, of this column. And once again, I’m urging you to increase your influence by working together. Hone your arguments, marshal your reasons, and gird your lobbying loins. Let’s go level that playing field so we can all sell fizzy drinks. ■ Lew Bryson has been writing about beer and spirits full-time since 1995. He is the author of “Tasting Whiskey” and “Whiskey Master Class.”