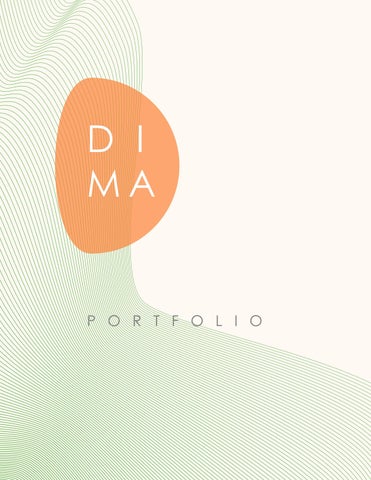 SCALE LARGE For youth adults outside the Statehouse

SCALE MEDIUM For young politicians in the Statehouse

Soft in the form: Compared to the original form of the State House, I want to create a fluid, organic form of intervention

Challenging the authority and solemnity of the State House: inserting free forms to the restricted design of statehouse

Soft in its materiality and durability: no hard demolishment will be made to the original structure, besides removing a few bricks or a portion of the wall/floor. Interventions will be removable or attached to the original building.

Reuse the State House: skateboarding (on the walls, the stairs and the terraces) inviting people to loiter, sitting/ lying on the floor and the new interventions Material: confront the classical, symmetric, hard, white marble with soft interventions. Soft in form, porosity (accessibility) and material (rammed earth/foam, .../...)

SCALE RED The large scale is an architectural landscape structure, shaped like a bubble. It is linking the basement of the State House to the lawn and terrace t, creating a new circulation from the outside to the inside. It functions like a building-size furniture, allowing different types of activities such as: skateboarding, bolder climbing, small concert, market, etc.

SCALE YELLOW The medium scale installations are organic structures, shaped like bubbles squeezing from and through the original rigid structures of the State House, and hanging on the interior and exterior walls. They function as gathering spaces for staff and the public.

SCALE GREEN The smallest scale is following the individual human scale: furniture-like installations that can be installed on the staircases inside and outside the State House. They can be used to sit on, lean on, or lay down.

SOUTH BOSTON Curley Community is providing community wellness resources for South Boston neighborhoods, and mental health wellness is certainly a part that cannot be ignored. According to the data, critical mental health issues in South Boston is less of a concern than the rest of the Boston area. Such result must have inseparable relationship to its close location to the beach and ocean since they are the provider of natural white noise. Sea Level 2100

Besides white noises, the beach and ocean in South Boston are also the provider of other soothing sensory experience, including comforting visual color palette, texture of sand, natural odor, etc.

Planning existing ocean-facing structure based on the costal line.

HEARING ZONE Hearing zone is taking advantage of the ocean and the tide. This zone is under a sloping down roof that is extending to the ocean. When the tide comes and hits the roof, it will produce natural white noise.

Shift Down the Roof

Waves Come Back and Forth

4.A dded- on Roof A s Urban Farm for B uilding Residences Only

Number of children trafficking cases solved by police in China 2,827

According to the research, China ranked as the country with forth high missing children population. One of the reasons why children missing is so serious in China is the patriarchal idea of only boys are the only descendant of the family still exists in some stayed behind rural area. Besides, children trafficking became a business in Chine since the 1970s. Children traffickers will sell the children out as beggars, labors, or prostitutes.

People’s notice of child trafficking still stays at the primary stage. They would consider such issues as stories rather than facts. The public need to see and feel the fact that can arouse their empathy.

Ways of how children rescused from human trafficking in China (2018) Help from the public (2.6%) Unofficial searching media (10.6%)

2. Lift one of the columns

8. Estabilsh walls based on the angle of floors

MUSEUM IN METROPOLIS M useum locat es in the cent er of the cit y. Invites all passengers passing by to pay attention.

1. Floor is reduced to two

2. Space is rotated, vertical skeletons are transformed into walls.

2. Skeleton structure is stretched vertically 2. The first cuboid room is contructed by the innermost columns

3. Space is constructed based on the stretched skeletion 3. The second cuboid room, which contains the first within, is contructed by space inbetween the innermost and the middle columns

4. Space is divided into two parts

4. First floor is built up by the interaction of columns

4. Three floors are constructed based on the column system 4. The third cuboid room, which contains the first and the second one, is constructed by the outter structure of the columns

5. Skeleton is inserted into the cube space

5. Second floor is built up with r andom walls interacting with columns

5. Curving structure of the first floor is created based on the columns, a blank space with no walls is constructed

5. Skeleton is abandoned, the third cuboid is stretched into a trapezoid

6. Skeleton is divided into two parts

6. Third floor is built up with random walls interacting with columns

6.The second floor is constructed and the interior walls are constructed by interacting with selective columns

7. Top floor is built up with random walls interacting with columns

7. The third floor only contains a few curving walls and left blank spaces

6. Windows and doors are constructed on the structure

cutting of a triangle

cutting off a triangle

4. Density of vertical columns is increased. Spacing between each column is 1 meter.

3. Only vertical column are left.

2. The skeleton is cut into two parts diagnally.

1. The skeleton is isolated.

rotate one by one “Wrapping”

one major nine-square grid is established

with interacting with the middle nine-square grid, columns established

plan of the first floor

plan of the second floor

plan of the third floor

plan of the roof

“... digital Helvetica has always been one-size-fits-all, which leads to unfortunate compromises.” —Christian Schwartz

Helvetica Neue is a reworking of the typeface with a more structurally unified set of heights and widths. Other changes include improved legibility, heavier punctuation marks, and increased spacing in the numbers.

“ The Rockwell® Nova family is a fine example of this appealing and eminently usable type style. This is a design that is both robust and adaptable. ” —— MyFonts

That is a design that is both robust and adaptable. This font have 15 styles. This family is terrific for branding, headlines and different display makes use of. The simple shapes and hearty serifs additionally make it a terrific preference for brief blocks of textual content in both print and on-screen environments.