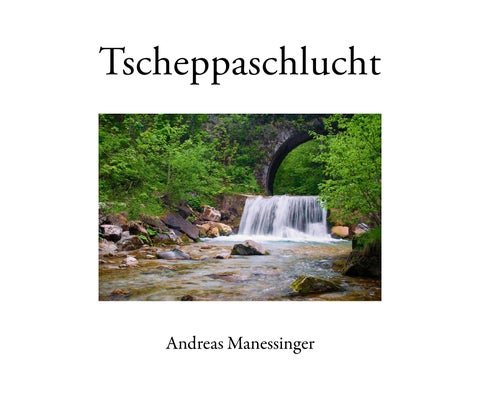 The Story When Paul Butzi announced SoFoBoMo (see http://www.sofobomo.org/ for the rules), the first ever Solo Photo Book Month, it seemed absurd, and that is something I like. Spontaneously I decided to sign in - and then I almost forgot it. At least I didn’t do anything constructive. I was too occupied with work, my daily photo blog, living, and all those other things. Gordon McGregor started some days early. Seeing his determination made me jealous, but it did not move me into working mode. To be honest, bookmaking did not seem to be my kind of work anyway. Striving for one good image a day, as I normally do for my blog, I need to work with chance. At least that’s my method. I keep an eye on my surroundings, and I am not too picky with my subjects. Of course there are subjects that come up again and again. Bicycles are one of them, but it was soon clear to me, that bicycles wouldn’t be enough. The rules of SoFoBoMo require at least 35 images, and while I can come up with three or four good bicycles per month easily, 35 would be more than one per day, a number that sounded like much work and no fun. This didn’t look like my kind of project. The next idea was, to portrait “People on the Train”. Given that I travel between Vienna and Carinthia once a week, four hours in each direction, it surely must be possible to find enough cooperative people, take images of them, make a short interview, get their “story”. But then, a month, that’s four weekends, maybe five if you set th e fuzzy month accordingly, but I knew I wouldn’t be able to use more than two, at maximum three of them, because the rest would have to be reserved for editing and making the actual book. Three weekends, 12 portraits each weekend, maybe four images per person, that would require three cooperative candidates per weekend. Taking into account, that in reality the evening ride from Carinthia to Vienna is used for 3

sleeping by most people, it would have meant three people each Friday. Thatâ&amp;#x20AC;&amp;#x2122;s quite a lot, and it still does not leave room for rejects. Thus I dropped the idea and fell into creative paralysis. I was ready to give up when finally the success stories came in, Gordon of course first again. For all the time I had kept a low profile, and I am sure if I had simply never mentioned SoFoBoMo again, nobody would have recognized. Still, for me it tasted bitter. It was defeat. Finally, on Friday, May 16, I had the idea: I would not be the first to finish, to the contrary, I would be the last, but I would be the only one to have taken all images in a single day. Heroic? Arrogant? No, a necessity at that time. I was two weeks before the end of the latest possible fuzzy month, and for most participants, two weeks had been the time for shooting, with the next two weeks reserved for layouting the book. If I could take a shortcut, shoot all images in a day, I could probably still finish the project in time. When Paul Butzi announced the rules, he chose the number 35 as something high enough to make it impossible to photograph in a day. Now, SoFoBoMo had sounded crazy, but in the meantime it had proved possible for a bunch of people, so why shouldnâ&amp;#x20AC;&amp;#x2122;t the unthinkable be possible as well?

What is a book anyway? Most books tell a story. They are a sequence, and in a photo book it is a sequence of images. There may be text as well, but the important characteristic of a book is, that there is order, that there is linearity. The core of my idea was, to not have to care about permuting 800 images into a good sequence of 40. Instead I wanted to use a natural sequence. Take a journey for instance. Isnâ&amp;#x20AC;&amp;#x2122;t every book a bit like a journey? It begins, takes us up in a certain state of mind, and when weâ&amp;#x20AC;&amp;#x2122;re through, we may have learned our share, may have changed, and that is not so different from what happens on a journey. Based on this idea, I began to develop concepts. Concept #1 was that of a journey, or rather a trip, from some place A to some other place B. I could drive the way, but better would be to walk. While walking, I am much more attentive to my surroundings. The actual places wouldnâ&amp;#x20AC;&amp;#x2122;t be very important, but I would have to make sure that the images were in some way tied together. There would have to be a connection between them, a common theme, a way that would be recognizble as contiguous. Concept #2 was interesting as well. It meant to stay in one place, but let time run along. I immediately thought of Naschmarkt, the biggest market in Vienna. I could take a day off work, be there at 5am, watch people arrive, get deliveries, stay there through the whole day, and finally finish when late at night the whole place gets cleaned up. Of course this would mean a lot of interaction, asking shop personell and customers for permission, but it was a sure ticket to an interesting book. I would have no problem at all, to get any number of good images in such a day.

Concept #3 finally was a tad artificial. It involved taking images of a village, a forest, a mountain and something else, probably a body of water, and each group of images would be a sequence from far to near, from grand scale landscape to macro. Each group would have to have 9 images, or maybe with a fifth group I could go down to seven each. I dropped #3 first. It seemed tedious and not terribly interesting from a reader’s point of view. At that time it was Friday evening, I was in Carinthia, and I decided to give #1 a first try the next day. If that wouldn’t turn out well, I could always go for #2 back in Vienna. Weather was predicted to be mostly cloudy, with a good possibility of rain in the afternoon. I didn’t care too much. I hoped for dry weather for some hours, and the absence of sunshine would nicely reduce contrasts. I wanted to go to some forest, a gorge, something with a creek and some waterfalls. I had something in mind when I left home by car, but in the end I spontaneously decided for “Tscheppaschlucht”, a famous gorge south of Klagenfurt, along the street that leads over Loibl pass and into Slovenia. I had never been there, but knowing the street, I knew where to go in and where I would come out. I also deemed it sufficiently interesting, climaxing in a series of waterfalls. In the end this first attack on a SoFoBoMo project proved entirely successful. I came back with 140 exposures, and from those that remained, all but five out of the last six were shot from the tripod. The whole trip took me four and a half hours, and although I had some rain near the end, I was lucky. I did not even get real wet.

Taking 140 images is no problem. Taking 50 good ones is manageable as well, but editing those images is real work. The problem is, that in a sequence of images you expect a certain continuity of style, and even more so, when the images are from one trip along one path, sometimes three or four images of one place. Unfortunately I am absolutely not used to this kind of editing. For my blog it is no necessity. Every image stands for itself, there are no sequences, and thus it took me quite long to get into this kind of work. In the end, I finished my first book in almost a month. Of course I was not busy working on it all the time, but every third or second day I changed another two or three images, adjusted some colors, tried to make choices, tried to make the book a whole. This will not be my last book, and though the next will be easier, with less uncertainties, although I will know how to actually produce a book, I think one month is a very good time for such a book, for the images to mature, the concept to settle, and it probably canâ&amp;#x20AC;&amp;#x2122;t be much shortened without taking the fun out of it. I leave you now with the images, and I hope youâ&amp;#x20AC;&amp;#x2122;ll have as much joy looking at them as I had making them. Andreas Manessinger Sunday, June 15th, 2008

Visit my blog at http://blog.andreas-manessinger.info/ to see more of my work. 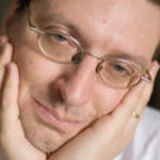