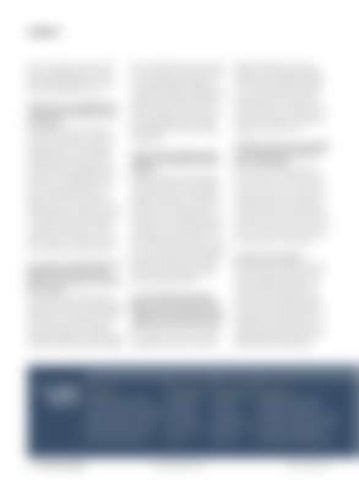 year-round business cycle. It diversified our advertising base and had great upside potential from a circulation and branding point of view. Q: Both of you are originally from Connecticut. How did you end up on the Cape? A: Although we were from different parts of the state, we met while working at Southern Connecticut Newspapers Inc., which published the daily Stamford Advocate and Greenwich Time newspapers. It was there that we originally planned to one day own and operate our own group of newspapers. When we began our search, our goal was to create the job we wanted in a seaside New England community steeped in culture and history. It is purely by coincidence we ended up on the Cape—a place Liz had been coming to on vacation since she was born. Q: You grew and shaped Cape Cod Magazine into what it is today. What was the driving force behind your success? A: We were both active in the community and we were constantly gaining feedback from the local communities that made up our audience. By 2012, we had evolved from a magazine publishing company into a multi-media company. We began producing digital

apps and a tablet version of the magazine. Our audience continued to grow as we created several weekly and bi-weekly newsletters, including Cape Cod Insider, and blogs like Relish and StyleFile, which had, in many cases, their own audiences. We were developing a digital-first format to build brand loyalty and increase audience engagement. Q: How did you manage to work together as husband and wife for 15 years? A: The advantages and challenges of living with your business partner is that there is always a conversation, brainstorming session or debate happening 24/7. Liz focused on sales and I focused on administration and production, and we both worked with our editors on content. While it was clear that RMG was a family-run company, we welcomed and encouraged everyone’s input. We did not always agree, but we felt the conversation, brainstorming and debate always made our products better. Q: You started the annual Girls Night Out with Puritan Cape Cod nearly 15 years ago. What was the inspiration for this popular event? A: In the ’80s and ’90s, it was called “value added.” As part of our advertising pitch to Rick and Jim Penn to

July 2011 The first annual Best of Cape Cod issue is launched, featuring readers’ picks and editor’s picks of the best places to shop, drink, eat and visit on the Cape.

begin advertising with Cape Cod Magazine, we proposed creating an event in March, traditionally retailers’ worst month of the year. The idea was to simply get our readers into the Puritan store at a tough time of year and vice-versa, to expose some of their loyal shoppers to Cape Cod Magazine. It was a win-win. Q: What are some of your proudest or most memorable moments at Cape Cod Magazine? A: It’s always a terrific feeling to see a product you helped create, with your name on it, make it onto a store shelf and into a customer’s shopping bag. We would literally start with nothing, and through the creative process and then the manufacturing process, end up side by side on a store shelf with the greatest magazines ever produced. Q: Favorite cover stories? A: I think my all-time favorite was the “99 Best Things to Eat” issue in June 2009. It marked the beginning of a new editorial direction where we focused more on helping the audience discover the best of the best in the region and helped burnish the authoritative voice the brand was seeking. Every single member of the staff participated in brainstorming, developing and writing the list.