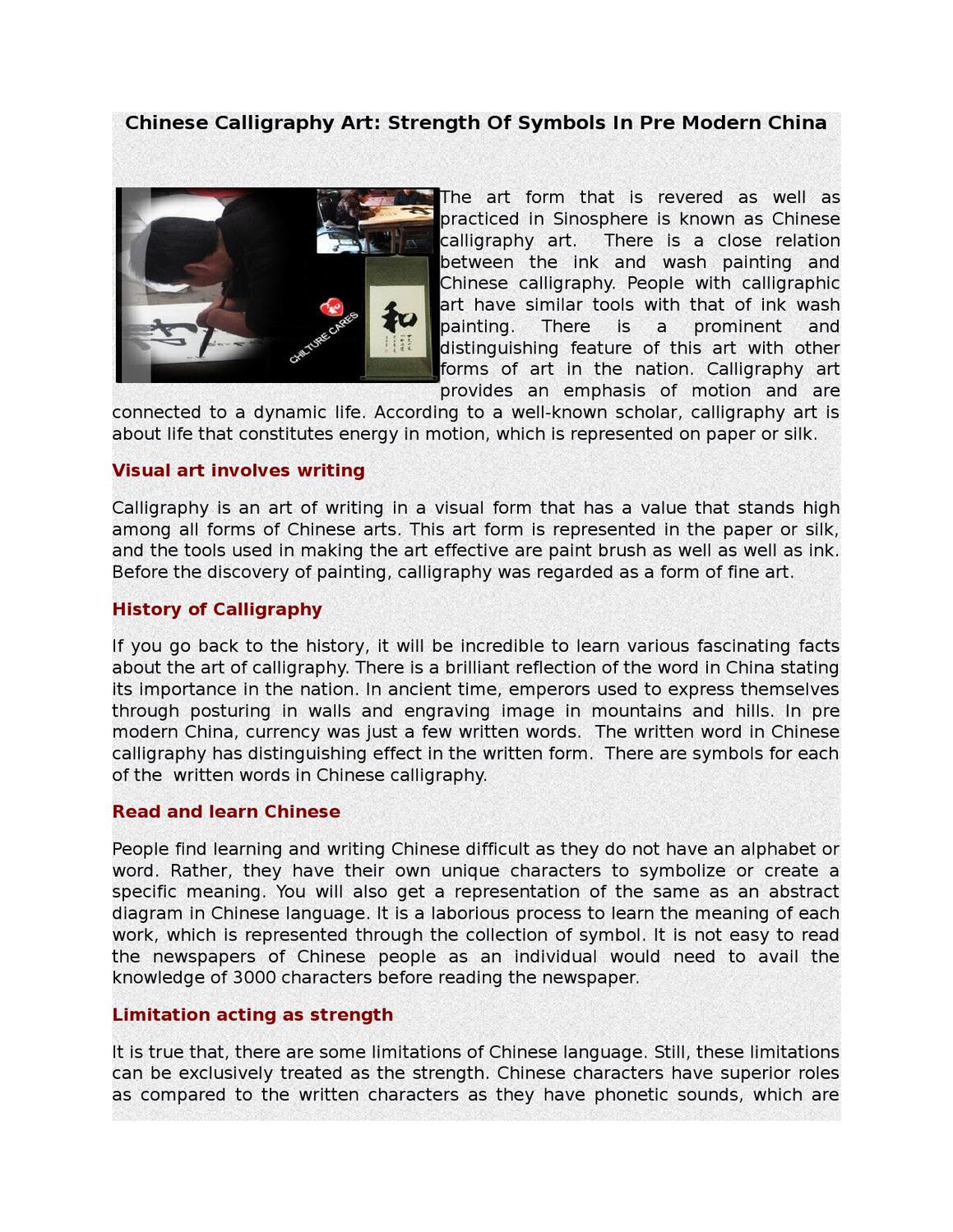 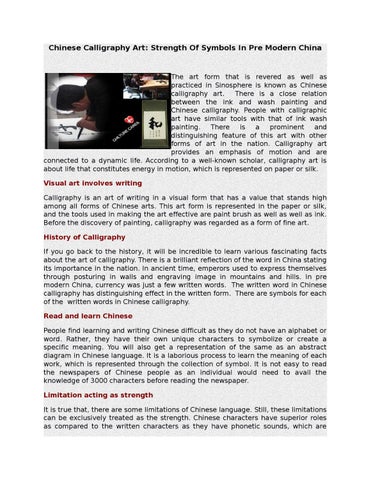 The art form that is revered as well as practiced in Sinosphere is known as Chinese calligraphy art. There is a close relation between the ink and wash painting and Chinese calligraphy. People with calligraphic art have similar tools with that of ink wash painting. There is a prominent and distinguishing feature of this art with other forms of art in the nation. Calligraphy art provides an emphasis of motion and are connected to a dynamic life. According to a well-known scholar, calligraphy art is about life that constitutes energy in motion, which is represented on paper or silk. Visual art involves writing Calligraphy is an art of writing in a visual form that has a value that stands high among all forms of Chinese arts. This art form is represented in the paper or silk, and the tools used in making the art effective are paint brush as well as well as ink. Before the discovery of painting, calligraphy was regarded as a form of fine art. History of Calligraphy If you go back to the history, it will be incredible to learn various fascinating facts about the art of calligraphy. There is a brilliant reflection of the word in China stating its importance in the nation. In ancient time, emperors used to express themselves through posturing in walls and engraving image in mountains and hills. In pre modern China, currency was just a few written words. The written word in Chinese calligraphy has distinguishing effect in the written form. There are symbols for each of the written words in Chinese calligraphy. Read and learn Chinese People find learning and writing Chinese difficult as they do not have an alphabet or word. Rather, they have their own unique characters to symbolize or create a specific meaning. You will also get a representation of the same as an abstract diagram in Chinese language. It is a laborious process to learn the meaning of each work, which is represented through the collection of symbol. It is not easy to read the newspapers of Chinese people as an individual would need to avail the knowledge of 3000 characters before reading the newspaper. Limitation acting as strength It is true that, there are some limitations of Chinese language. Still, these limitations can be exclusively treated as the strength. Chinese characters have superior roles as compared to the written characters as they have phonetic sounds, which are

once again having semantic meaning. chinese calligraphy art has various advantages as these words play multiple roles. Each character not only have a specified meaning, but also can reveal itself to be a moral exemplar. This can be a perfect combination of energy in the human body as well as vitality of nature. If you can consider two texts of Tang dynasty, you will get the symbol as the calligraphy in human terms. Here, the character specifies symbolism of the Confucion sage that is equipped with the strength in the backbone. A written character has a balance from four sides so that it represents posture of gentlemen. 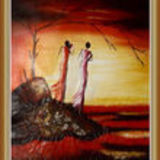