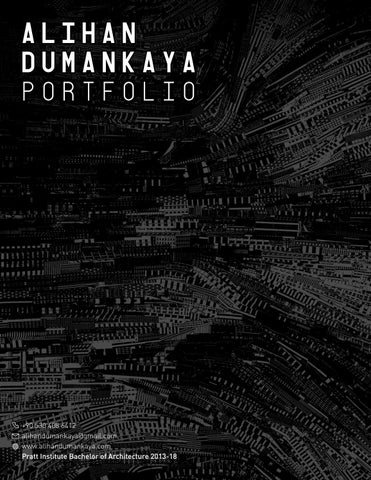 To Whom It May Concern: I hereby confirm that Alihan Dumankaya has worked as an intern at our Brussels office during the months of June and July 2015. His time spent with us was intense and I believe concluded in a positive exchange: Alihan was put to the task immediately, while catching up on some tutorials. He dedicated his summer to our office. The tasks were diverse and complex, from design issues, to model execution and drawings. The project he worked on was the Istanbul Summits. The design of a brand new complex of mixed use buildings adding up to 500.000m2, as well as the urban plan framing it. Alihan was involved in the design process and quickly assimilated our working methods. He has displayed a positive attitude towards learning and effectively involving himself in all aspects of the initial stages of a project. He is a very dedicated worker and his contributions and engagement made him part of our team. Even if short, his stay was nonetheless fruitful.

Rising beside one of China’s most precious natural resources – Baiyang Lake, the great “kidney of north China” and the largest freshwater body on the North China Plain – Xiongan will be a riparian metropolis, threaded by an extensive river system that nourishes the vast wetland that has, for centuries, performed an indispensable environmental service, cleansing the converging waters and providing a rich habitat for innumerable species, including us.

Our design responds to the site as one divided in two, with dense development spreading in segments east-west on the north and much sparser Green Peninsula to the south providing both a life-giving green lung and a unique village and outdoor lifestyle. This division is also at the core of both our own original proposal for Xiongan and the detailed official plan that now governs the city’s development.

figure 2 The Anxin Archipelago within the greater Xiong’an New Area.

I was part of this immense project during its final month as a freelancer helping with 3D modeling and animation, designing some of the main landmarks and entire islands. http://www.sorkinstudio.com/the-anxin-archepelago

The client needed a design for a villa to replace the familyâ&amp;#x20AC;&amp;#x2122;s undesired house in an extremely valuable location. They wanted the architecture to reflect their refined taste and provide a calm and serene habitat. We knew from the start that deep cantilevers and airy courtyards were desirable for the Singaporean climate. Working closely with the client, we arrived at a design that satisfied their taste and needs. My duties included schematic design, design development and graphic representation. Ongoing project.

The new housing developments that have sprouted up during Istanbulâ&amp;#x20AC;&amp;#x2122;s recent construction boom have created a skyline of mostly solitary blocks without regard for their environment. Our proposal for the four plots outlined in the brief, located in between Esenyurt and Bahcesehir- an area currently experiencing rapid growth and ambitious planning- is composed of three novel solutions to living, each integrating nature in a series of simple manipulations that come together to create landmark living complexes which offer a diversity of residential and shopping experiences. My duties included schematic design and graphic representation. The 3D model was built completely by me. http://jdsa.eu/sum/

We started our thesis research with a critical approach towards architectural utopias. Along the way, we came across the concept of Heterotopias by Michel Foucault. During the first semester, we put together a book with five chapters that each start with two pages of comics as a preface: Juxtaposition, Ritual, Time, Deviation and Illusion. Drawing on the five types of heterotopias we explored during our first semester, we decided to design five speculative cities in Manhattan, situated right on top of Stuyvesant Town to contrast with the utopian ideals of urban design it represented. We presented our studies of urban-scale heterotopias as another way of looking at speculative cities than utopias.

Every object, person and interaction have a virtual counterpart in this city. The virtual city is constantly updated based on the demands of the inhabitants. These updates are flawlessly executed through smart production &amp; transportation systems, so that every citizen is completely fulfilled.

This city is made up of a network of private spaces designed for unique virtual experiences, fully equipped with VR tools and technologies. The Dream Roomsâ&amp;#x201E;˘ can be booked for a desired amount of time by people who want to abstract themselves from the banalities of real life and live their dreams.

Those who want to disconnect from the grid now donâ&amp;#x20AC;&amp;#x2122;t have to leave New York. They have to go through an initiation process, in which they sacrifice from all their digital tools and unlearn all the behaviours that the digital technologies emposed on them. They will be able leave this city when they are truly off the grid. HETEROTOPIAS

figure 1 perpective from the Hudson River

In modern societies, playing or “monkeying around” is looked down upon as an activity for kids. The risk component in play is removed from the modern context because of liability issues. Yet there are ways to make play safe and have risks. Play’s potential for creating relationships and solve problems is relatively untapped. Vast majority of playgrounds are designed with the sole intention of keeping kids safe and busy. This approach is limiting our understanding of what play actually offers. There is an abundance of “playgrounds” in cities like New York. They are not designed play-spaces, but merely gated empty fields with play objects chosen from a catalogue. There needs to be more creative play spaces, for kids and adults alike.

We designed the Concrete Junglegym as a brutalist monument that rises between between Brooklyn and Manhattan Bridges. The monument would serve as a space where play is celebrated and encouraged, and also as an icon to be gazed by New Yorkers and inspire other play spaces.

Columbia University decided to upgrade and modernize their rowing facility on the Harlem river adjacent to Baker Field sports complex. The challenge was to integrate a community boathouse with the existing private program. The form was generated through the interlocking of two masses that incorporate two seperate functions of the rowing complex. The steel and glass half houses all the publicly accessible community programs such as the community boathouse and the education center. The more impermeable wooden half consists of all the university-only functions like the weight training room, staff offices and the club locker rooms. The result of interlocking these two halves is an enclosed courtyard and a continous green roof where the community and private programs contact eachother and create opportunities for collective experiences.

Pratt Institute is planning to build a new dormitory on Myrtle Avenue and Grand Street. Our proposal embodies contrasting forms and colors influenced by Frank Stellaâ&amp;#x20AC;&amp;#x2122;s idea of the working space. The project is a challenge to create a new social scenario within a dense urban environment. By utilizing the student units as a thickened facade, unexpected encounters between the occupants are made possible. Frank Stellaâ&amp;#x20AC;&amp;#x2122;s working space is represented with a contrast between the distinct geometries of the atrium and the aggregated units, and with the historical references.

figure 2 detail model from side

figure 3 detail model from above

The incorporation of natural elements as an inspiration in design existed since the beginning of man-made environments and plays an important role in contemporary architecture. However, most architecture that draws from nature replicates it in form instead of understanding the rules governing those forms. The single most important aspect of nature that enabled it to flourish and evolve to what it is today is adaptability. My proposal for Wave Hill Academy contains elements that are able to adapt to different needs of its occupants. These elements can be as simple as a rotating wall, and create flexible programs throughout the project. The skin of my buildings also symbolizes change as it wraps the buildings in different ways to adapt to specific program by adjusting conditions such as lighting and height. The dynamism of nature is what I wanted my design to draw from the natural forces surrounding us, instead of the form, which are merely the results of this energy. 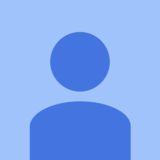