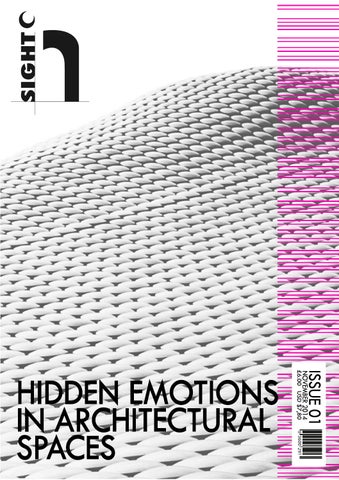 CONTENTS â&#x20AC;&#x153;Great architecture involves different emotions for different people. For some, a structure can inspire, but for others, prove meaningless. The same space can bring comfort to one individual but for another, generate a sense of insecurity. At Insight Magazine we explore how architectural spaces affect the occupants in surprisingly different ways. In this edition, we present some of the most interesting architecture in Birmingham, old, new, traditional and contemporary and how those structures have elicited a diverse range of reactions from people who live in and around Birmingham. Our aim is to give a deeper insight into this emotionally powerful architecture and encourage you to take more than a passing glance the next time you hurry past."

The Birmingham Cube is a world-class designation standing tall across the city’s skyline, centred within the luxury styled living of the so called ‘Upper Class’. The Iconic landmark is a grand standing 25-storey structure containing an an impressive mix of retail stores, wine & dine restaurants, prime offices, aspirational apartments, a boutique hotel, beautiful canal side restaurants, the exclusive luxury spa facilities, automated car park and of course, the skyline champagne b a r .

Taking inspiration from Birmingham’s Famous Jewellery Quarters and jewellery making traditions. Shuttleworth main idea behind the iconic structure was the create his version of ‘an enchanting jewellery box’ - rich, with light and precious metal tones. The Cube’s unique style of intricate gold and bronze geometric shapes cover the exterior and glisten across the city.

The grand standing, sharp block red square stands high on its pedestal of stairs, revealing its gateway to the luxury lifestyle. The stylish two bedroom penthouse’s that link the backend of the exquisite Mailbox to the famous Birmingham cannel side and the eye seeking Cube, cost more then the average household. A shinning silver bridge joins the strip of fine dining and expensive spa treatment to the beautiful cannel walk that follows along the hand-painted, arts and crafts cannel boats that head across the midlands. The Mailbox is the home of the definition ‘The upper class’, the people who prefer the finer things in the city life.

The on-going chain of famous and recognisable restaurants is offered to residents throughout the gate way too their front door and welcomes a wide range of different people from all over the city to experience the luxury too wine and dine with class. The city centre is traced with mixed matched colourful lines that lead you to the large standing Mailbox, dragging you into the start of your addiction. Drawing you into an expensive yet intense shopping experience, turning you into lustful food critics and finishing off your adventure with a delightful shock split credit card and a reality check.

Birmingham MUSEUM AND ART GALLERY its people its history http://www.bmag.org.uk/

“It’s a poor man’s version of the one in London really but thankfully this one isn’t as tall. It’s 500ft of obnoxious, boring design. Plain white walls with the BT logo slapped on top doesn’t communicate anything other than mediocrity to me. It’s a shame that this dreary building is considered a landmark within Birmingham though I suppose being the tallest building, it’s hard to ignore. It’s unfortunate that many people’s views on the structure go unheard.”

“Only a fool would dismiss its’s impressive stature but it seems Birmingham is full of fools. Maybe it’s due to people being so used to it’s presence that it often gets forgotten. This tower is the first thing I see of the city as I commute to work via Spaghetti Junction. It spears through the skyline and is instantly recognisable. I’m proud to have such a notable landmark so local to me and other people should feel the same about the BT tower.”

Level 4 Described as the largest public library in the UK and the largest public cultural space in Europe; the library is situated in the west side of the City in Centenary Square; towering over neighbouring buildings with its clear gleaming golden panels, the City Library is a simplistic but very proud and diverse group of architectural features. Viewed as a flagship project for the cityâ&#x20AC;&#x2122;s redevelopment, the library is at the forefront of cutting edge technology which is displayed through the architecture. Within the building, emotions and feelings are created through the architectural design aesthetics on every floor. Depending on which part of the building a library visitor is experiencing, these feelings and emotions can become stronger and more noticeable a as they move higher up each level. At the heart of the library is the Book Rotunda, which houses tens of thousands of volumes, thus creating a very historic feeling as a century is captured in one place. The importance of learning and culture is also highlighted through bringing the old together with the new through this ingenious design. Not only does the Book Rotunda curve around the central floor it also leads to the libraryâ&#x20AC;&#x2122;s peaceful and calming balconies and gardens.

Level 7 Even though in the first year of opening the library had 2.7 million people pass through its doors, some locals have criticised the build and its architectural features heavily. For example an architect of the Birmingham Central Library, John Madin, claimed it is not fit for purpose and said â&#x20AC;&#x153;They are spending all this money on a new library which is no better than the existing one. Eighty per cent of it will not have natural light and does not meet the standards of the existing building.â&#x20AC;? The building certainly shows off and boasts its 188 million spend just through the detail and attention to the smallest of sections of the library, such as the capturing views from the top floor of the Skyline Viewpoint, allowing the tourist to soak in the Birmingham Skyline from the highest points of the vast design.

Controversial architecture can even be found when exiting Birmingham. Spaghetti Junction is one of the most complicated yet impressive interchanges in the country however it can be a daunting journey to make for the less experienced driver. Tackle the twisted roads at the wrong time and you could find yourself studying the junction for longer than desired. A pile up of traffic during rush hour strains the structure leaving drivers feeling a combination of frustration and boredom. The extreme volume of commuters can be attributed to the fact that Spaghetti Junction is one of the most useful unsuccessful Staffordshire knots ever designed. 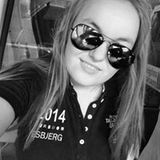 Here at Insight Magazine we aim to provide you, our reader, with a closer, unique look into architecture across the country. Our job is to t...

Here at Insight Magazine we aim to provide you, our reader, with a closer, unique look into architecture across the country. Our job is to t...