A Look at Wealth Millionaires vs Demi-Billionaires 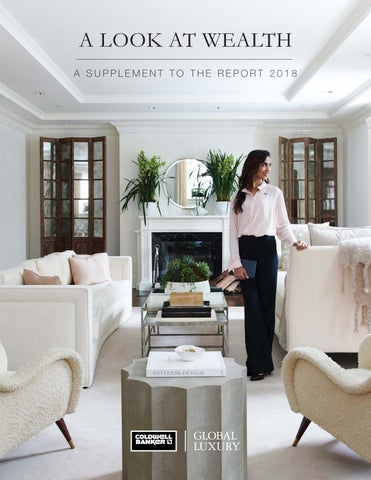 A LOOK AT WEALTH A SUPPLEMENT TO THE REPORT 2018

In the last few years, an unprecedented rise in the number of millionaires, multi-millionaires and even demi-billionaires has led to greater fragmentation of high-net-worth and ultra high-net-worth individuals. Wealth has spread across generations, genders and borders. These individuals are diverse, and they can no longer be deﬁned by a single persona. These shifts have created a complicated new reality for luxury real estate professionals, who want and need to reach and understand afﬂuent clients of all ages and in all stages of wealth. For this reason, the Coldwell Banker Global Luxury ® program collaborated with WealthEngine to conduct research among U.S. millionaires and demi-billionaires for a special supplement to the 2018 edition of “The Report.” WealthEngine analyzed many aspects of the millionaire and demibillionaire lifestyles, including wealth creation,

property investments, luxury spending trends and more, to shed light on wealth in this country. According to Craig Hogan, vice president of luxury for Coldwell Banker Real Estate LLC, the goal is to arm Coldwell Banker Global Luxury Property Specialists with powerful wealth intelligence so they can maintain a competitive edge in an afﬂuent marketplace that’s becoming increasingly diversiﬁed.

“High-net-worth clients demand and expect a personal, hands-on, bespoke marketing experience from their real estate advisors — so we want to position Global Luxury Property Specialists to be ahead of the game,” Hogan notes.

WHO ARE THEY? Today, there are approximately 32 million millionaires — deﬁned as those with a net worth of $1 million or greater*— living in the United States, and they make up approximately 7% of the country’s adult population. The millionaire population has increased exponentially since the 1980s and is expected to grow in the years ahead. This unprecedented rise has created an ever-diverse afﬂuent population with lifestyles, savings and buying patterns that vary widely from age to age, place to place and even person to person. Some seek out experiences and travel; others are traditional hard-goods buyers and collectors. Some millionaires are eco-conscious, while others are status-conscious, heavily inﬂuenced by social media. Like millionaires, the number of demi-billionaires — deﬁned as those who have over $500 million in assets — has also grown. Today, there are approximately 1,770 demi-billionaires living in the United States. They account for 0.001% of the nation.

* WealthEngine identiﬁed millionaires based on investable assets, real estate, charitable donations and other ﬁnancial indicators. The analysis contained here is based on the over-21 U.S. population.

AGE MAT TERS A modern-day millionaire will most commonly be between the ages of 50 and 80, with 28.34% between 60 and 70 years of age, and 24% are between 70 and 80 years of age. Younger millionaires are a much smaller but growing group. Only 6.74% of millionaires are aged between 40 and 50, and an even smaller percentage are considered millennials. Among demi-billionaires, the most common age group is also the 60 to 70 year olds. However, there’s a larger percentage of people in this group than there are in the millionaire sector. Ten percent

“Luxury real estate professionals must consider the fact that older generations of millionaires possess more current wealth and higher spending power, but younger millionaires have tremendous spending potential and will have an impact on growth over the long run,” says Hogan.

WHERE THEY LIVE Historically, millionaires have held property in wealthy coastal locations. California and New York have been traditional strongholds. Following those have always been tax-friendly states such as Texas and Florida. But with the unprecedented growth in the millionaire population, these millionairefavored geographic areas have expanded and are now spread across New Jersey, Massachusetts, Virginia, Washington, Illinois and Maryland. The fact that Virginia and Maryland make the list suggests that a growing number of the wealthy are involved in government-related work near Washington, D.C. The most popular ZIP codes for millionaires include: The Villages, FL (32162), Montgomery County, MD (20854), Fremont, CA (94539), Cupertino, CA (95014), New York, NY (10023), Ocean County, NJ (08759) and Laguna Niguel, CA (92677). While many of these — notably those in or near New York or Silicon Valley

— have dominated the nation’s most expensive ZIP code lists for the last few years, hidden millionaire pockets can be found in San Diego’s Carmel Valley, CA (92130), the Southern California coastal community of Rancho Palos Verdes, CA (90275) and Brentwood, TN (37027), an afﬂuent suburb of Nashville. Home to country music stars and athletes, Brentwood was named one of the richest small cities in America by Movato because of the number of luxury car dealerships it has. Large concentrations of millionaires are also found in retirement havens such as The Villages, FL (32162) and Sun City, AZ (85351), continuing to suggest a strong correlation between age and wealth. And in a surprise twist, one of the most famous and recognizable ZIP codes for wealth in the world, 90210, does not rank among the top 20 anymore.

The locations demi-billionaires have property in are similar to those millionaires. They are primarily concentrated in California, New York, Florida and Texas. While hidden pockets of demi-billionaires are emerging in Colorado, Illinois and Pennsylvania, the most popular ZIP codes for demi-billionaires include: New York City, NY (10021), Greenwich, CT (06830), Woodside, CA (94062), San Francisco, CA (94118), New York City, NY (10065), Palm Beach, FL (33480), Rye, NY (10580) and two other New York City ZIPs, 10128 and 10023, respectively. The concentration of demi-billionaires in these ZIP codes underscores the long tradition of the nationâ&amp;#x20AC;&amp;#x2122;s wealthiest gravitating to large urban centers along the coasts â&amp;#x20AC;&amp;#x201D; and one city in particular: The Big Apple.

REAL ESTATE WEALTH On average, a millionaire&#39;s most valuable property is valued at $953,917. Many are actively expanding their real estate portfolios and own about two homes. About 19% of millionaires own three homes or more. By contrast, the average worth of demi-billionaires’ property is valued at over $10 million. Due to their age and buying power, they have a much deeper real estate portfolio — about 10 properties, on average.

BEHIND THE WHEEL You’ve heard the saying: “You are what you eat.” Well, for many millionaires it is true to say: “You are what you drive.” The kind of car you drive is often seen as an extension of yourself, your personality and your style. A car doesn’t just reﬂect to the world the person you think you are but also who you want to be and how you’d like others to see you. So, what is the vehicle of choice for a typical millionaire? BMW is the most popular carmaker for this group, and their 3 Series is the most popular car model. Millionaires also like the Lexus RX350 and the Mercedes-Benz E Class. These automobile preferences highlight the fact that most millionaires gravitate toward premium products and services but also value aesthetics, reliability and function. Demi-billionaires follow similar trend lines when it comes to their choice of transportation; however, they tend to be more loyal to certain luxury auto brands. They gravitate toward German-made luxury auto stalwarts like Mercedes and BMW, but when it comes to certain car models, they are Mercedes all the way: the Mercedes-Benz S Class, E Class and GL Class are among their top three favorites.

PERSONALIZATION While millionaires and demi-billionaires represent only a small fraction of the U.S. population, they are true inﬂuencers and market leaders whose preferences and spending habits affect the entire economy. This class of individuals is more diverse now than at any other time in history, opening exciting new opportunities for Global Property Specialists who understand the unique nuances of their clients and prospects. Such emphasis on personalization will differentiate those professionals who succeed from those who do not. “Today’s luxury real estate marketing is not one-size-ﬁts-all,” says Hogan. “Personalization isn’t just a talk track. It’s critically important to know your client and personalize your engagement as much as possible. We believe that tailoring the brand experience to each contextual client journey will enhance long-term brand loyalty in the end.”

A Look at Wealth Millionaires vs Demi-Billionaires 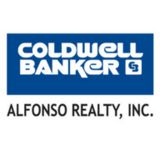