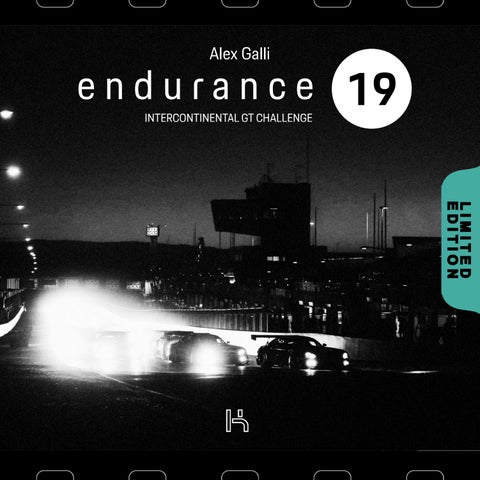 I want to thank Edoardo, Karolina and Natalia whom I dedicate this book: all my love and my gratitude go to them, for giving me the necessary support and space to realize this project.

ÂŠ 2019 Kappae. ÂŠ 2019 per le foto: AG Photo. Demo Version Printed in Italy. All Rights Reserved. LIMITED EDITION The author guarantees the authenticity of the work printed in the defined number of 100 copies, beyond which the work will no longer be reproducible.. No part of this book may be reproduced in any form or by any electronic or mechanical means, including information storage and retrieval systems, without permission in writing from the publisher, except by a reviewer, who may quote brief passages in a review. Kappae is a registered trademark of Alessandro Galli Editore.

The Intercontinental GT Challenge Powered by Pirelli, SRO’s global GT championship, celebrates its fourth season in 2019 by reviving a historic race in a fifth region. The series’ purpose couldn’t be simpler: reward the manufacturer and drivers who achieve the best collective results in the world’s greatest endurance events. The proliferation of GT3, built on a decade of manufacturer involvement and SRO’s Balance of Performance stability, has resulted in it becoming the de facto senior class for all of the world’s most prestigious GT races. This, as well as using the same Pirelli tyres, offers manufacturers an incentive to compete in all such events by employing regional customer teams without the expense of freighting cars around the world. The season begins with the Liqui-Moly Bathurst 12 Hour in Australia before Laguna Seca welcomes the US leg two months later. The Total 24 Hours of Spa plays host to the world’s biggest GT3 event in July followed by Asia’s round at the iconic, figure-of-eight Suzuka in Japan. Kyalami in South Africa then brings the curtain down on 2019 following the resurrection of its historic nine-hour race that was last staged in 1982. The championship’s first season in 2016 comprised three rounds but has now expanded to include five of the world’s biggest GT3 events on as many continents. Intercontinental GT Challenge thus represents the highest echelon of long-distance GT racing globally. I’ve been taking photographs for twenty years. I would say that I deeply know motorsport world, but following the championship was an unique, emotional experience. One day I wanted to mix all these different emotions together, action on track with moments of joy and tension. They all belong to the same world. This should be told, simply told. Developing a camera roll that today no longer exists. This is Endurance 19, Intercontinental GT Challenge...

Matt Campbell, Dirk Werner and Dennis Olsen took a sensational victory at the Bathurst 12 Hours thanks to an extraordinary overtaking performed by Campbell against Jake Dennis at the Forrests Elbow. The second step of the podium was occupied by the crew of the R-Motorsport Aston Martin # 62 composed of Dennis, Vaxiviere and Kirchoefer in front of the Mercedes # 999 of the GruppeM of Marciello, Buhk and Goetz. In the first stint of the race it was the Craft-Bamboo Mercedes # 77 that took the lead after a duel with the sister car # 999 of the GruppeM. Half of the race saw Martin Tomczyk’s and Augusto Farfus’s BMW M6 climb to the top of the rankings taking advantage of a pit stop at the Mercedes # 999. When there were 30 minutes to the end of the race, the safety car entered the track turning the fight for success into a 22-minute sprint race: local hero Campbell was able to overtaking Marciello and Dennis and to give Porsche the victory. 2019 OFFICIAL RESULT Pos

Porsche and Dennis Olsen are the 2019 Intercontinental GT Challenge champions after a dramatic conclusion to this year’s title showdown at the revived Kyalami 9 Hour. And what a showdown it was! As South African fans, we had waited 37 years for the endurance classic to return, but the hiatus was more than worth it. A race which started out in scorching hear on the track, ended under the cover of darkness and in a cloud of spray when the action finally resumed following a two-hour-long Safety Car period caused by heavy rain, thunder, and lightning. Team Frikadelli Racing’s pole-winning 911 GT3 R shared by Dennis Olsen, Nick Tandy and Mathieu Jaminet enjoying a perfect day that included fastest lap, with Tandy, and victory which also secured Porsche the Manufacturers’ crown, Olsen the Drivers’ title, and the winning crew Kyalami’s original 9 Hour Trophy. Walkenhorst Motorsport’s Christian Krognes, Mikkel Jensen and Nicky Catsburg recorded BMW’s best result of the season with second, while long-time race leaders Richard Lietz, Kevin Estre and Michael Christensen completed the podium in their GPX Racing Porsche. 2019 OFFICIAL RESULT Pos

Alex Galli has been active in the motorsport world since 1999, he soon becomes a point of reference thanks to the high quality of his service. His images are published on the most important national and international magazines. Official photographer for Porsche Carrera Cup Italia since its first edition in 2007, in 2015 he edited the “Emozione F1” book. From 2016 he is the Pirelli official photographer in GT competitions. Alex is a member of the Italian National Order of Journalists and is awarded the title of European Photographer. Born in 1974, Alex took his first photograph at the age of four for his mother and father on a Sunday trip; from that moment on, the camera is a natural extension of his right arm and his mind becomes a... “darker room”! In almost twenty years of business he has received international awards, he publishes in important newspapers and he works for well known brands all over the world. 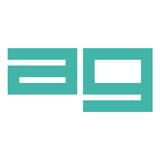 I’ve been taking photographs for twenty years. I would say that I deeply know motorsport world, but following the championship was an unique...

I’ve been taking photographs for twenty years. I would say that I deeply know motorsport world, but following the championship was an unique...