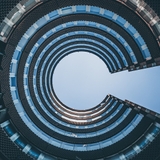 On October 15, 2020, she and nine other CIP directors and executives resigned, around 70 years after family member Dr. Eusebio S. Garcia started the institution. The Unioil group bought a 57 percent share in the firm from the group. Dr. Eusebio S. Garcia started CIP in 1951 as the Philippines' first chemical production firm. CIP began with producing sulfuric acid, followed by fertilizer. As the corporation flourished, it prepared the path for the country's chemical sector to grow. CIP would eventually become the Chemphil Group of Enterprises, which included a number of joint venture companies co-owned by international partners. In yet another first, CIP expanded to develop the Philippines' first polyphosphates and alkyl benzene factories.