The Highland walk won’t just generate memories; it will raise funds for the Alberta Cancer Foundation in support of the Cross Cancer Institute, where Anderson’s grandfather has been receiving treatment for prostate cancer since 2009. “The Cross Cancer Institute has done so much for my family,” Anderson says. “I’ve had friends who’ve received treatment there too.” The West Highland Trail is a footpath that runs from Milngavie, just north of Glasgow, to Fort William at the foot of Ben Nevis. The route, which tracks the banks of Loch Lomond and weaves through mountains and moorlands, is one of the most beautiful and historic in the United Kingdom. Anderson plans to bring back photos, a video diary and plenty of stories to share with her grandfather.

“I wanted to bring part of Scotland back to my grandfather.” – Sara Anderson

The trek will take Anderson seven days to complete, and she’ll spend much of it outside her comfort zone. She’ll need to get used to “wild” camping, which is a Scottish term for camping outside a designated campsite — only one night will be spent at an established campsite. “Usually I’m at a campsite that at least

has an outhouse,” Anderson laughs. But her biggest worry isn’t roughing it or even ascending a notoriously steep stretch of trail called the “Devil’s Staircase,” it’s that she might hold her hiking group up — Anderson is sharing the journey with three other hikers with fundraising goals of their own. She’s determined not to slow anyone down, training with day trips in Jasper and Banff and taking free training courses on backcountry camping at Mountain Equipment Co-op. Anderson says hers is a stubborn clan, and she’s no exception. Her ability to push through adversity has helped her to overcome leg cramps during training and to meet her fundraising goal of

$1,550 — $10 per kilometre. The same resilience has helped her 87-year-old grandfather continue running his farm, with the help of others, outside Edmonton throughout his cancer treatment. “He’s incredibly stubborn in the best possible way,” Anderson says. “Nobody in my family is a giver-upper. That’s kind of my inspiration when things get hard.” LEAP

Every year, more than 400 fundraising events take place in Alberta in support of the Alberta Cancer Foundation. They include personal challenges, like Sara Anderson’s trek, special celebrations, such as donations in lieu of wedding gifts, multi-team events, including the Enbridge Ride to Conquer Cancer, and more. Learn more about how to throw your own fundraising event on page 10. 48 LEAP FALL 2017 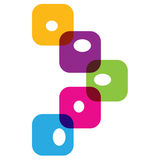 Leap is our magazine publication that highlights how, in partnership with the brightest minds and compassionate care, the Alberta Cancer Fou...

Leap is our magazine publication that highlights how, in partnership with the brightest minds and compassionate care, the Alberta Cancer Fou...