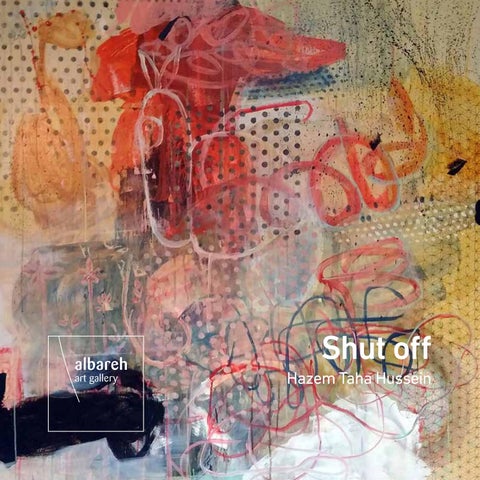 Shut off – Inner Dialogue Shut off from my surroundings – that is exactly how I feel and hence, what I express, in this exhibition. I do not need to document the events unfolding in the Arab World today, overwhelming in both intensity and number. The use of the language of abstraction and semi-abstraction emerges from an inner need to form visually my own virtual world. In this world, I am free to criticize, shout or reject without feeling the need to justify myself. For now, it is simply my way of communication. I consider abstraction to be the only freedom I have in this life. I have created a virtual world that I inhabit in a dreamlike state. It is at once emotional and egotistical, with its own logical and imaginative dimensions. All appear in the mixture of semi-representational or non-representational elements like Islamic ornaments. Abstraction, whether geometric or not, gives me a vast space within which I can express myself without boundaries. Simultaneously, it allows my viewers an opportunity to freely imagine and interpret the semifigurative forms, ornaments, scratches, textures and colors individually. Ultimately, I am inviting my viewers to feel the poetry and music that appear in their own aesthetical norms, traversing the large philosophical questions, and delivering “timeless” and “globally” recognized symbols, with full freedom, without the obstacles of culturally or historically related representational elements.

Hazem Taha Hussein Hazem Taha Hussein was born in Giza, Egypt in 1961 to parents who were both artists, and grew up in the Cairo suburb of Zamalek. Over the years, Taha travelled extensively, and today lives and works in Bahrain. Having been exposed to art early in life, Taha grew up immersed in the eastern culture of his native Cairo. Accompanying his parents on their trips to Europe, he also took in many aspects of western culture including art. This has resulted in his continual examination of how these two cultures have shaped who he is today. Consequently, his work manifests his exploration of questions related to the larger issues of identity: how is identity defined and to what extent do forces such as culture and religion (inter)act to shape it? How does identity form and how stable is it over time? Far from confronting identity as an end result of hybridity, a seamless merging of two worlds that over time produces a pleasing yet innocuous synthesis that softens the harsher characteristics of both east and west, Taha’s works seems to imply that identity is a far more complex concept. It is a fluid, ongoing process. To coin a cliché, identity is a journey rather than a destination, and thus continues to evolve and change over a person’s lifetime. Hazem Taha Hussein’s work expresses this concept in visual form quite eloquently. Large abstract canvases are overlaid with a geometric grid inspired by Islamic design, and photos of Cairene street life form a backdrop for German text. East and West are both equally present but rather than blending into a third entity, they remain discrete aspects of the whole. Hazem Taha Hussein holds bachelors and masters degrees in Graphics and Design from Helwan University in Cairo, a diploma in Visual Communications Design from the University of Applied Sciences in Munster, Germany, and a doctorate in Design Philosophy and Communications Theories from the University of Wuppertal in Germany. Taha is also the recipient of a number of fellowships including the Christoph Merian Stiftung’s Fellowship, Basel, Switzerland (1988), the Egyptian Ministry of Culture Fellowship (2003-2005), and the DAAD Fellowship (1990-1994) and Visiting Professor (2005). Hazem Taha Hussein’s art has been shown in Austria, Bahrain, Cuba, France, Germany, Oman, Lebanon, South Korea, Spain, Sweden, Switzerland, the United Arab Emirates, and the United States. He is the recipient of a number of grants and awards and has held various positions in publishing as well as academia. His research papers have been published in Croatia, Egypt and Jordan. He is currently Associate Professor of Visual Communication Design at the Royal University for Women in Bahrain. 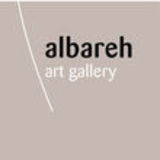 Shut off from my surroundings – that is exactly how I feel and hence, what I express, in this exhibition. I do not need to document the even...

Shut off from my surroundings – that is exactly how I feel and hence, what I express, in this exhibition. I do not need to document the even...