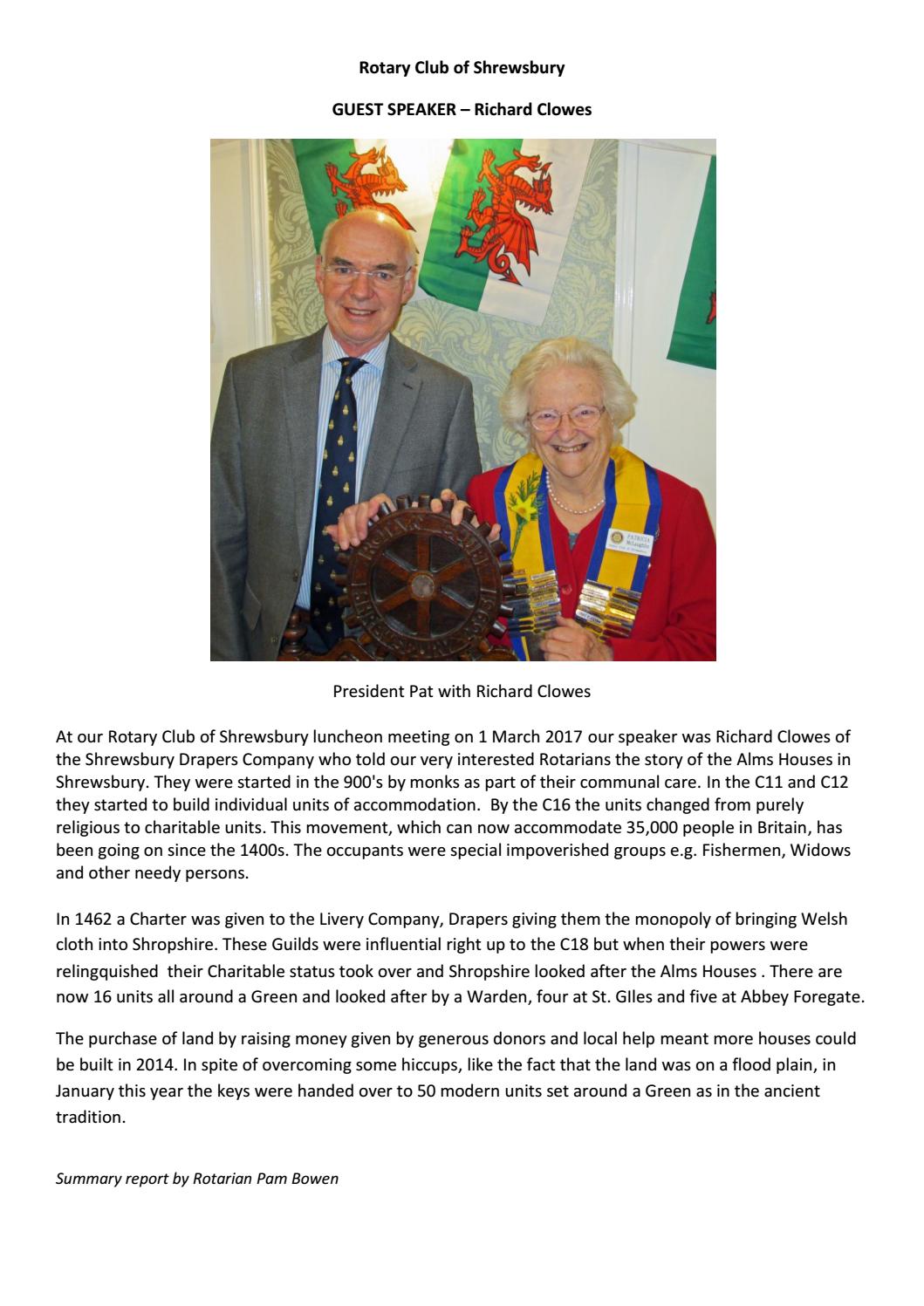 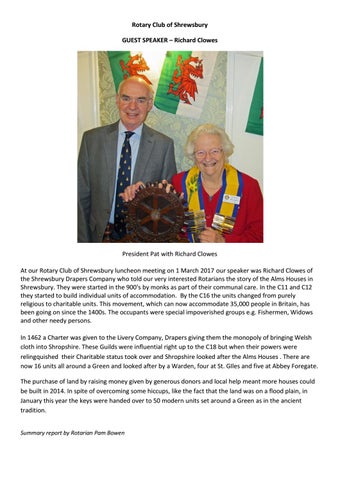 President Pat with Richard Clowes At our Rotary Club of Shrewsbury luncheon meeting on 1 March 2017 our speaker was Richard Clowes of the Shrewsbury Drapers Company who told our very interested Rotarians the story of the Alms Houses in Shrewsbury. They were started in the 900&#39;s by monks as part of their communal care. In the C11 and C12 they started to build individual units of accommodation. By the C16 the units changed from purely religious to charitable units. This movement, which can now accommodate 35,000 people in Britain, has been going on since the 1400s. The occupants were special impoverished groups e.g. Fishermen, Widows and other needy persons. In 1462 a Charter was given to the Livery Company, Drapers giving them the monopoly of bringing Welsh cloth into Shropshire. These Guilds were influential right up to the C18 but when their powers were relingquished their Charitable status took over and Shropshire looked after the Alms Houses . There are now 16 units all around a Green and looked after by a Warden, four at St. GIles and five at Abbey Foregate. The purchase of land by raising money given by generous donors and local help meant more houses could be built in 2014. In spite of overcoming some hiccups, like the fact that the land was on a flood plain, in January this year the keys were handed over to 50 modern units set around a Green as in the ancient tradition. Summary report by Rotarian Pam Bowen The Rotary Club of Shrewsbury learnt about almshouses from Richard Clowes of the Shrewsbury Drapers Company.