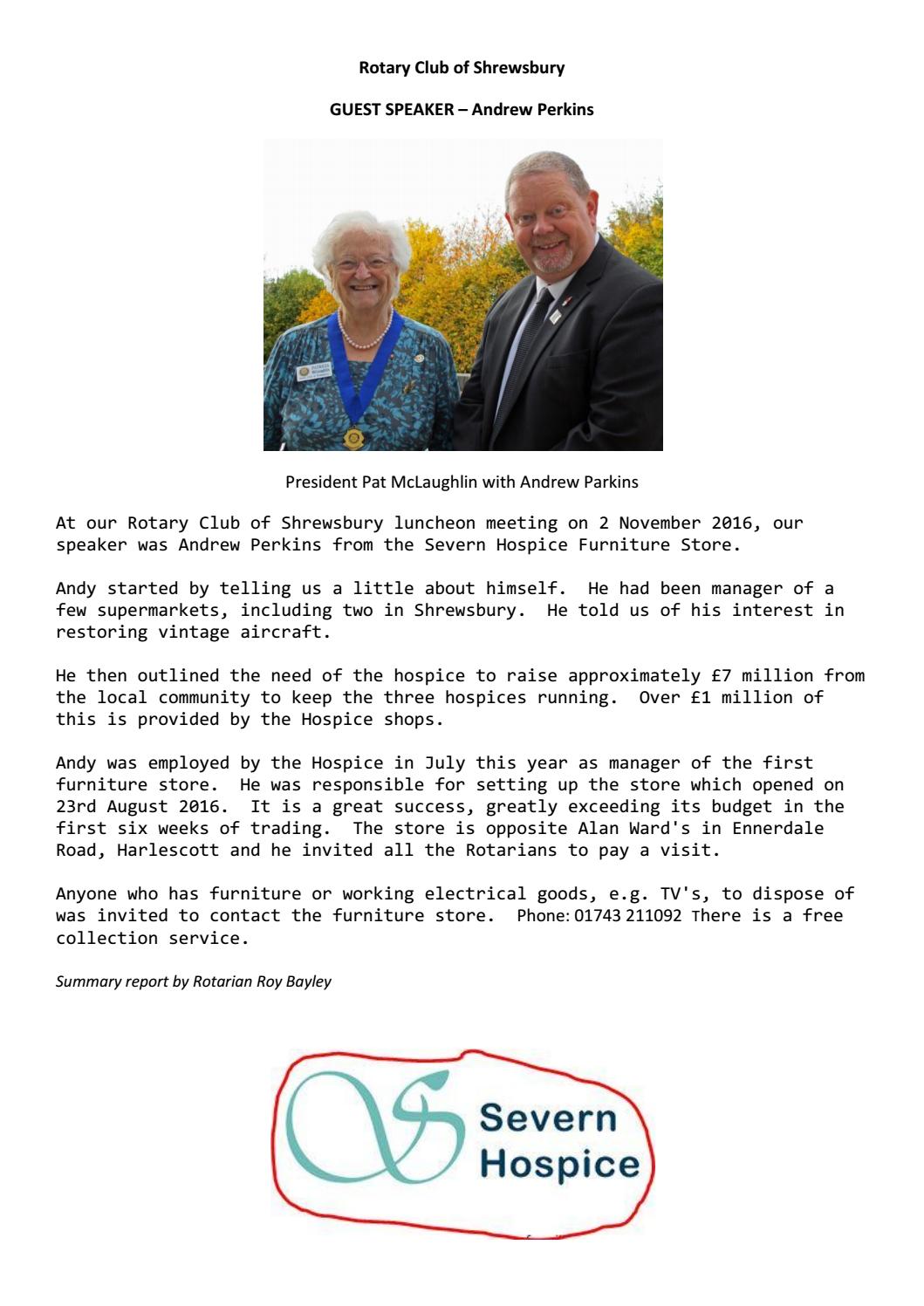 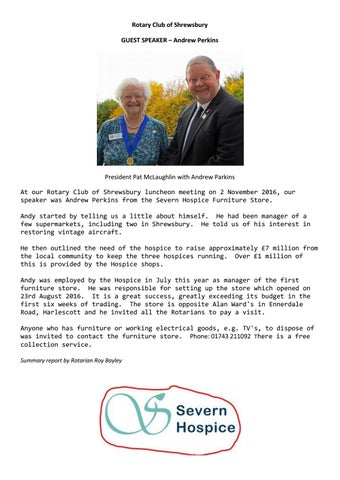 President Pat McLaughlin with Andrew Parkins At our Rotary Club of Shrewsbury luncheon meeting on 2 November 2016, our speaker was Andrew Perkins from the Severn Hospice Furniture Store. Andy started by telling us a little about himself. He had been manager of a few supermarkets, including two in Shrewsbury. He told us of his interest in restoring vintage aircraft. He then outlined the need of the hospice to raise approximately £7 million from the local community to keep the three hospices running. Over £1 million of this is provided by the Hospice shops. Andy was employed by the Hospice in July this year as manager of the first furniture store. He was responsible for setting up the store which opened on 23rd August 2016. It is a great success, greatly exceeding its budget in the first six weeks of trading. The store is opposite Alan Ward&#39;s in Ennerdale Road, Harlescott and he invited all the Rotarians to pay a visit. Anyone who has furniture or working electrical goods, e.g. TV&#39;s, to dispose of was invited to contact the furniture store. Phone: 01743 211092 There is a free collection service. Summary report by Rotarian Roy Bayley On 2 November 2016 the Rotary Club of Shrewsbury heard about the Severn Hospice Furniture Store in Shrewsbury from its manager Andrew Perkinns.