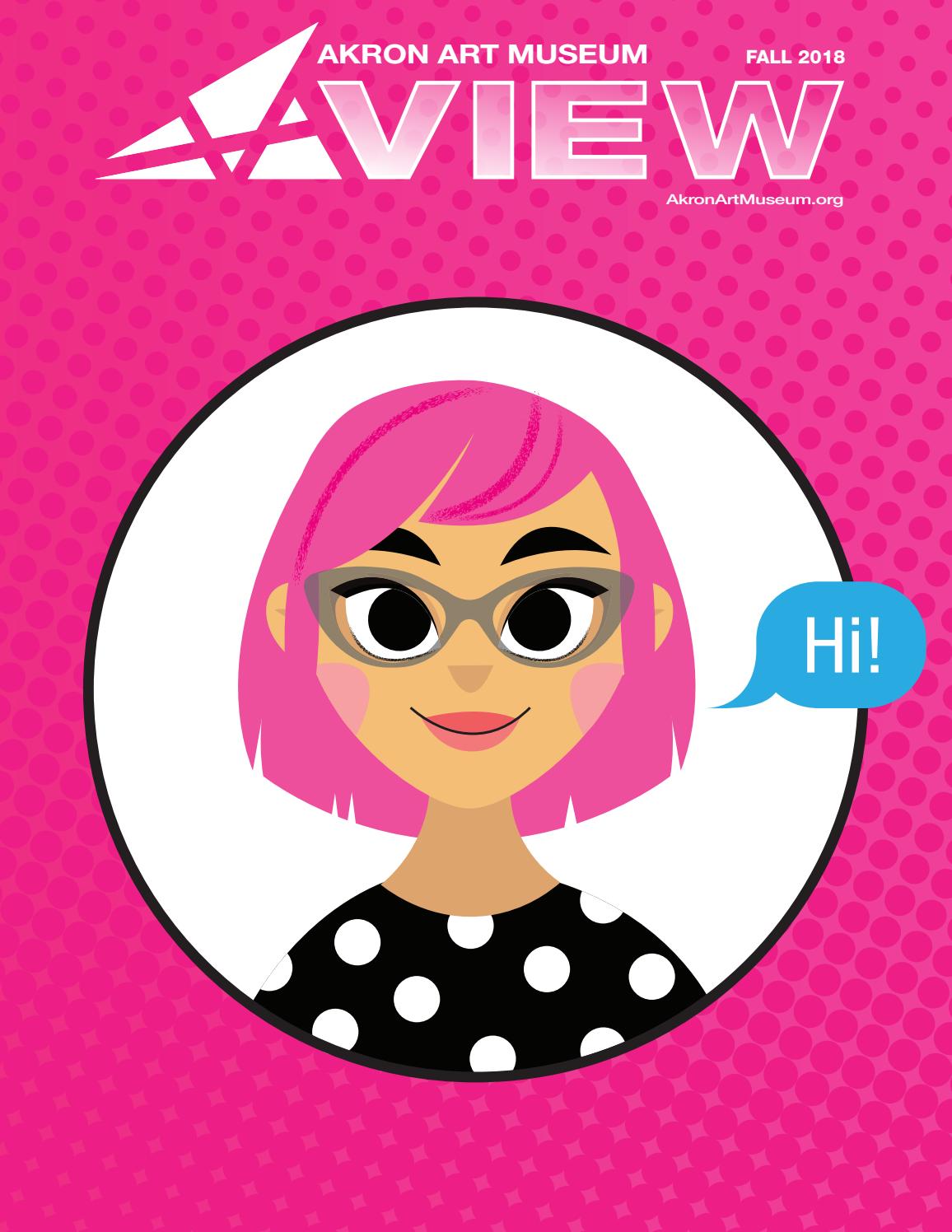 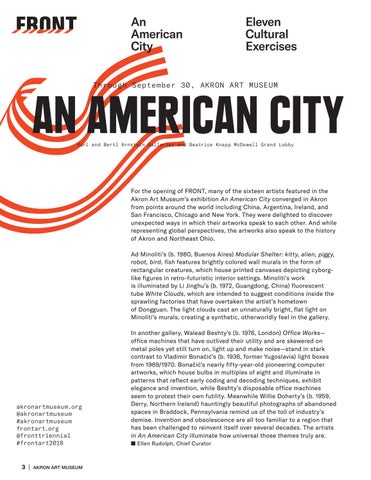 For the opening of FRONT, many of the sixteen artists featured in the Akron Art Museum’s exhibition An American City converged in Akron from points around the world including China, Argentina, Ireland, and San Francisco, Chicago and New York. They were delighted to discover unexpected ways in which their artworks speak to each other. And while representing global perspectives, the artworks also speak to the history of Akron and Northeast Ohio. Ad Minoliti’s (b. 1980, Buenos Aires) Modular Shelter: kitty, alien, piggy, robot, bird, fish features brightly colored wall murals in the form of rectangular creatures, which house printed canvases depicting cyborglike figures in retro-futuristic interior settings. Minoliti’s work is illuminated by Li Jinghu’s (b. 1972, Guangdong, China) fluorescent tube White Clouds, which are intended to suggest conditions inside the sprawling factories that have overtaken the artist’s hometown of Dongguan. The light clouds cast an unnaturally bright, flat light on Minoliti’s murals, creating a synthetic, otherworldly feel in the gallery.

In another gallery, Walead Beshty’s (b. 1976, London) Office Works— office machines that have outlived their utility and are skewered on metal poles yet still turn on, light up and make noise—stand in stark contrast to Vladimir Bonačić’s (b. 1936, former Yugoslavia) light boxes from 1969/1970. Bonačić’s nearly fifty-year-old pioneering computer artworks, which house bulbs in multiples of eight and illuminate in patterns that reflect early coding and decoding techniques, exhibit elegance and invention, while Beshty’s disposable office machines seem to protest their own futility. Meanwhile Willie Doherty’s (b. 1959, Derry, Northern Ireland) hauntingly beautiful photographs of abandoned spaces in Braddock, Pennsylvania remind us of the toll of industry’s demise. Invention and obsolescence are all too familiar to a region that has been challenged to reinvent itself over several decades. The artists in An American City illuminate how universal those themes truly are. z Ellen Rudolph, Chief Curator 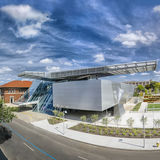 View magazine is the quarterly publication of the Akron Art Museum. It contains information about modern and contemporary art exhibitions, events and programs for all ages offered by the Akron Art Museum. In this issue: Touring the Museum with Dot our new digital tour guide, FRONT International: Cleveland Triennial for Contemporary Art, Jeff Donaldson's first retrospective: Dig, Remixing art and pop culture with Allison Zuckerman: Pirate and Muse, a look at non-traditional painting methods with The Fabricators, digital artist Brian Bress: Pictures Become You, Planes, Trains, and Automobiles, programs for all ages, and much more.