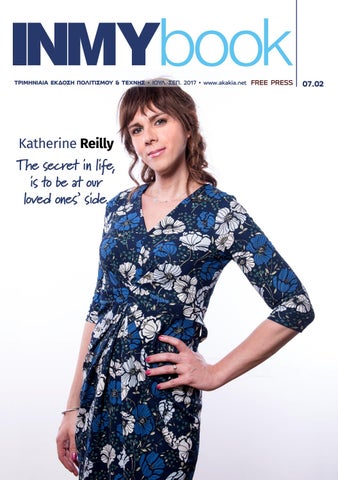 The secret in life, is to be at our loved ones’ side.

Welcome to INMYbook. Would you like to share a few words concerning your authoring career and how you came to writing?

Ever since I was a child, I had great adoration for books. It was probably my only escape from reality. My mother used to buy me books; fairy tales or short stories which she read to me on multiple occasions. I then in turn, did the same with my students. My love for movies and my experience in class as a teacher, led me to the decision to try writing my own. My first attempt was “The Road to Femininity”, which was mostly based on my own personal experience. I considered it an obligation to share this experience with my readers, in order to help other women, stand on their feet, as society is cruel and tries to undermine you at every chance it gets. I must admit that my true passion is writing children’s books. By combining a good dose of fantasy, mystery, humor and compassion, I started writing a trilogy called “The Adventures of Ben &amp; Friday”. I simply adore this series of books and I am pleased that fans of the first volume are eagerly waiting for the next two to be published. The comments I have received by them are touching. I promise, you won’t be disappointed.

Your books are in English. Are you thinking of publishing them in Greek, so as to approach the Greek reading market? This is definitely part of my future plans. Owing to the fact that my native tongue is English, I felt more acquainted with the idea of starting with this language. Itâ&amp;#x20AC;&amp;#x2122;s an international one, which is generally spoken in all countries of the world. Besides, Greece is a country in which English

is widely spoken, and as an English Teacher, I want my readers to not only feel the need to enjoy the story, but to also reap the benefits of practicing it as well. I hope I can publish my books in Greek, soon. Many friends and associates have requested this and it would be an honor to have them available in another language. Your new book, BEN &amp; FRIDAY GO TO THE MOON is for children and the first

INMYbook of a series of stories featuring Ben and Friday as the leading characters. Do you consider children to be an easy or difficult reading target? No matter how strange this might sound, children are not a difficult target group, thanks to technology. Of course, the majority of them wouldn’t even touch a hardcopy of a book. Nevertheless, the electronic edition of one, is accessible to everyone. Many of my students scroll through magazines or books on their phones or tablets during their free time. Of course, the plot of a book also plays a vital role. Children in my opinion, are a versatile audience when it comes to choosing a book to read. They can surprise you with their choices, regardless of age or sex.

Katherine Reilly Katherine Reilly was born in Chicago, Illinois and has studied English literature. She has been teaching for the last fifteen years at Language Schools in Greece. She is an official examiner for various universities such as Cambridge and Michigan, for various certificates in English. She has contributed to the development of books, concerning the preparation of students for English exams, for various publishers in Greece, and has offered her voice to

Have you ever considered one of your projects to become the basis of a film?

the listening segments of these tests.

Yes, I have given this some thought. I must admit that there are many projects by remarkable authors which could have been adapted for the big screen if given the opportunity. I believe it’s also a matter of luck, having your book read by the right person and have a faithful screen adaptation of it. If I were so lucky with my trilogy, I’d be deeply concerned about how it would be adapted and if it were faithful to the source material. Many authors are usually disap-

She is an active volunteer of the Sunday Refugee School and a contributor to humanitarian efforts against racism. As an author, she has been writing for the past few years, due to her love for books and her passion for films and comics.

pointed with the end result and publicly state this. I would be happy nonetheless to have my characters brought to life. To this day, I have had some propositions to have my books used for a theatrical adaptation; a difficult endeavor due to their plot. However, I must admit that it would be interesting. Where did you draw inspiration from in the creation of your characters? Ben and Friday, are literally aspects of my own personality. On the one hand, we have Ben, who is always hesitant and afraid of others’ opinion of him. His depression and his ‘particularity’, remind me of myself before I found the strength to stand firmly on my feet and grasp life with my own hands. Friday on the other hand, is confident, cheerful and optimistic; despite all the difficulties she has faced in life. One could say that both characters’ interactions make for an interesting dynamic throughout their adventures. As for the rest of the characters in my books, who are more than twenty, I have definitely been influenced by movies and comics to a certain degree. Super heroes have played an important role in my life. I have been collecting comics, figures and movies from a young age. One could call me a ‘geek’ but I’m very proud to have

that title. As you may understand, there was a lot of inspiration, waiting to be transferred to a piece of paper. Notes and little scraps of paper here and there, on napkins or anything else I can write on at the moment, when an idea popped into my head. What pleased me most of all, was seeing my characters come to life on paper, thanks to the magnificent Maggie Tsiopelaki, an incredible talent with whom I started collaborating in the design of my characters for the second and third volumes of this trilogy. How did your collaboration with Akakia Publications occur? There are many publishing firms I could have chosen to collaborate with. Unfortunately, I realized that there is a lack of cooperation and many authors are being exploited. In the beginning, I had a few proposals by publishers in Greece. As we know, all authors have specific requests in the handling of their work. If these requests are met, they choose the publisher which they believe will cover their needs. The offers I had, didn’t inspire me concerning the end result and how I wanted my books to be promoted or presented. It was then, that I made the decision to search abroad and after the advice of a

colleague, I reached out to a publishing firm in London; Akakia Publications. At Akakia, I found a place to house my projects according to my expectations. Their assistance and support in the finalization of my work is invaluable. I am grateful to have met such genuinely decent individuals with such experience in publications in both the United Kingdom and Greece. What about your future plans? Have you started working on a new book? Yes, Of course. The second volume of Ben and Friday’s trilogy, ‘Ben &amp; Friday Race to the Rescue’, is complete and will be available in October. I had tremendous support, not only from the publisher and the sketch artist, but also from friends and colleagues who all, more or less contributed to the realization of this project. The third and final volume of the trilogy is in its final stages and will be available next year, bringing our heroes’ adventures to an end. Without getting into much detail, the events in each volume occur every four years, and of course the level of difficulty increases as does the tone of the books, since it is then aimed at teenage readers. As for my writing endeavors besides children’s books, I have begun working on a novel, which I won’t get into any details yet. I plan on having it published by the end of next year.

What would you advise future authors? To have faith in themselves. Writing is a privilege. The expression of our souls. The externalization of our feelings and ideas. A part of ourselves. When we share this part with the rest of the world, we should be proud of it, as it is the heritage we leave to future generations. No one is ‘born’ an author. Experience and patience makes us better. We shouldn’t be afraid of being criticized as there is no one who will judge us more severely than ourselves. If they understand this, they have nothing to be afraid of. Would you like to send a message to our readers at INMYbook? Of course! There are so many excellent colleagues and their written works are admirable. As both a reader and an author, I would like everyone to experience the magic a book has to offer, in a world which seems without hope. The secret in life, is to be at our loved ones’ side. A hug, a kiss, an ‘I love you’, will make all the difference in the world. Open your hearts to those who really need it. Our life can become better if WE want it to be. We all have our issues and face problems. What’s important is that we find the strength within ourselves to lift our heads high and move forward. INMY book 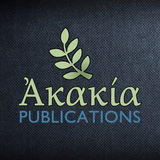