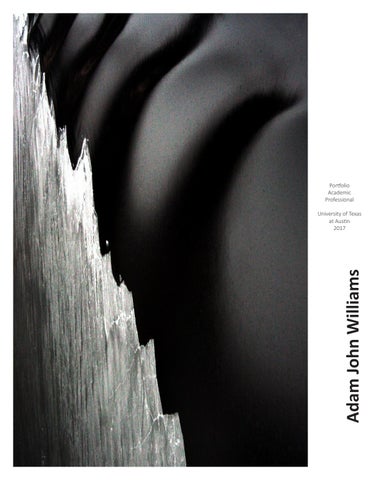 University of Texas at Austin 2017

University of Texas at Austin | Spring 2017

University of Texas at Austin | Spring 2016

University of Texas at Austin | Fall 2014

Where people often live separate lives within the city, we want to re-examine the allocation of private and shared spaces in the urban block. Interpersonal relationships are vital within dense urban networks, so providing opportunity to foster these relationships should be prioritized. The project seeks to define the relationship between the public and the arts community through a series of transitions (sectional, material, spatial, etc). Ground and second floor program combines performance, work, courtyard and common spaces in a series of stepping terraces that connect the elevations of Hamilton Terrace to St. Nicholas Ave.

Block of 123rd between Broadway and Amsterdam

The inspiration for the project is the much maligned garden-tower block, whose original intention of fostering close internal communities, while providing ample green and public spaces, failed due to its isolation. We propose an urban re-contextualization of this typology, using communal residential spaces to connect rather than separate individuals from the urban environment.

Apartments look into the public courtyards, but sit at a level removed from activity. Within each unit, variations in plan and layout occur that cater to individual needs and personalities of the performers and artists. It is the relationship between the units, the tower, and the â&#x20AC;&#x153;gardenâ&#x20AC;? that mitigate the relationship between artist and audience.

Each courtyard is programatically unique, giving a variety of conditions between the high elevation change.

Spaces along the spine of the building are shared by the artist residents. Program includes co-working spaces, lounges, practice rooms, and workshops.

This spine is not a single homogeneous space, as each room has its own presence and character within its respective courtyard. Instead, each room is connected physically and visually by circulation spaces, hallways, and terraces.

Spring 2015 Instructor: Murray Legge, FAIA The most critical aspect to understanding a site is context. The issue posed by a cavern system is how to reconcile two parallel landscapes, isolated from one another by mere feet of earth. This jarring disconnect is settled by a series of transitions, intimate and discreet gestures that preserve the grandiosity of the caverns while creating identity at the threshold of something profound.

Still from video exploration. Walking simultaneously above and below the site along the same path.

Longhorn Caverns Visitor’s Center The building came about while looking at precedents that involve invisible landscape transitions, points where the landscape shifts from the profane to the sacred or unknown. The building provides a system of walkways surrounding the cavern openings, in an attempt to recreate the ritual and instinctual behavior found in this unique landscape typology.

There exists a rich, typological tradition of occupying these “invisible landscapes”. Dome of the Rock in Jerusalem provides gathering and ambulatory space for an inconspicuous yet significant monument.

Ice diving, as a more informal manifestation, shows the practical and instinctual rituals that form around mysterious vertical transitions.

Like Dome of the Rock, the landscape transition becomes the focus of the building. An elevated series of platforms comprise the building, creating a strong, orthogonal exterior perimiter that mutates to the internal geometry of the site.

Buildings and site furniture become elevated spaces of contemplation, both reverant and observant of the subterranean phenomena.

Longhorn Caverns Entry Stair The threshold between above and below ground is the most ambiguous yet powerful moment of the site. The entry stair attempts to give physical and spatial presence to this moment through a suspended stair, transitioning geometries from the natural, irrational cave opening to the humanistic, rational circular staircase.

The tensile stair physically engages the visitor to the space, recognizing the individual as they tenuously step onto terra firma.

Photograph and Illustration by George Andrews, during one of many expeditions to Mayan architectural sites. Courtesy UTSOA Archives.

Spring 2016 In collaboration with Universidad Marista de MĂŠrida and Universidad de Veracruz Instructor: Juan Miro The studio consited of two components. The first was in researching the archives of George Andrews, an American architect who spent decades cataloging Mayan sites in the Yucatan. The second was in designing a master plan, and non-for-profit nursing school in Valladolid, Mexico, within a community with strong Catholic faith and traces of Mayan ancestry.

Our research into George Andrewâ&#x20AC;&#x2122;s archives revealed the intricate ways in which Mayan public spaces were constructed, highlighted in his drawings using yellow tape. We constructed our master plan of the medical campus along similar lines, using a subtractive system of clearing away brush, and using path, openings, and buildings to guide users within a system of private thresholds and reveals.

One of these main spatial sequences was that of the visitor, shown here through a series of vignettes. The building peeks out from massive walls at a distance, revealing lush gardens and plazas once past each threshold.

A. View from existing clinic

B. View from public courtyard 1

Buildings are inspired by Mayan spaces and symbolism. Ground floor spaces have thickness, walls read 3-dimensionally. Second-floor classrooms open up to the campus, announcing the presence and purpose of the building as might traditionally intricate Mayan carvings.

Fall 2015 Texas City Lab, in conjunction with City of Leander Partner: William McCommon Instructor: Matthew Fajkus Vehicular infrastructure has long been the defining characteristic of the American landscape. Supported financially and culturally after WWII, it is fast falling into disrepair and slowly out of favor. As our relationship to this landscape changes, how does our architecture?

Currently, the City of Leander hosts one of the most problematic urban conditions found in US cities, a high speed, high traffic corridor dividing its heart in two. Leander is already host to multiple areas of burgeoning character, with the risk of each developing separately, unevenly and becoming isolated from one another. This current preference for a singular mode of transportation should be reversed, with multiple forms equitably woven together. By introducing civic program and pedestrian/vehicular infrastructure as a connection between east and west Leander, government and economic activity creates the fulcrum between old and new development.

Canopy system bridging highway/rail, signaling pedestrian crossing In bridging our transition from vehicular to alternate modes of transit, pedestrians requre a scale of support to compete against the scale of the highway. Elevating the pedestrian humanizes the once marginalized identity of the individual amongst an inhospitable landscape.

A modular steel structure provides shading, lighting, signage, shelter, etc. in a variety of configurations. These systems work together in creating a pedestrian surface across the highway and rail.

Leander City Hall Our proposal is a two-part system. 1. A canopy/infrastructural element that includes pedestrians into Leander. 2. A mixed-use building of city hall, offices, and retail to grow and sustain an urban presence.

In a city identified with and dominated by its infrastructure, engaging the rail and highway with public architecture is necessary in constructing a civic presence to the city. As a node between existing and new modes of transit, the city hall supports and incubates the life of the city in its new central role.

Shading/landscaping across existing highway and rail

A terra-cotta rainscreen reinforces the length and movement of the buildingâ&#x20AC;&#x2122;s site, reflecting the activity of the offices and retail at ground level.

An internal, shaded corridor reflects the lost grid and alley system of Leander. Here it serves its original urban purpose as a place for interaction between program and people.

Fall 2014 Instructor: Igor Siddiqui A structural system was developed based on a digital parametric process, creating infinite variations, or prototypes, of an object. The object is one of many, created by a system of variable density that erodes and forms a rectangle based upon random point generation. The end product is a physical model of this system created using paper pulp, when once applied freezes the prototype in place.

A digital scale of interconnection and density is established, allowing formal multiplication of the object. An infinite number of possibilities are available. The digital method is then translated directly into a physical process, using identical generative strategies.

The physical product uses a critical mass of inexpensive, biodegradable materials to create something greater than each individual part. Twine, ping pong balls, and recycled wood serve as the projectâ&#x20AC;&#x2122;s armature. The configuration, once tensile, is frozen in place by a recycled paper pulp, provided by shredded secret documents. The nature of these documents creates an unpredictable and unique color for each product.

Monumental architectures have largely fallen out of public favor in past decades, as shared opinion and culture become increasingly fractured. These projects are investigations of whether monumental, platonic forms may still hold meaning for an increasingly skeptical public. Starting from the rational, shapes are networked and mutated to recieve a diverse audience.

Texas National History Memorial Museum SITE 1 The natural history museum is an outdated typology, a relic of the 19th century. It needs to outgrow its function as a depository for artefacts in order to maintain interest and growth, and therefore the nature of its spaces must change. The building must be monumental, but it cannot remain stagnant.

This addition responds to the solidity and rationality of the existing building, which it faces. Two solid cubes are established within the perimiter, while dialogue occurs regarding prescriptive space, and the contemporary role of the natural history museum.

The interior, while acted on by multiple agents, reads as a unified whole.

Museum domain, past and present.

The UT Austin campus fabric has remained immobile since its creation, a framework beholden to the past that denies students an individual campus identity. The Universityâ&#x20AC;&#x2122;s mission of individual greatness and aspiration is reinforced by subverting the surface narrative. The space is non-prescriptive and internal, a place of individual cultivation.

The building consists of a matrix of underground chambers. Two monumental forms, the grid and the sphere, are pitted against one another, rational forms that must resist imperfection to retain their character. The project is meant to alter these two geometries to their last breaking point, beyond which they are no longer identifiably platonic.

These catacombs house the most private and intellectual activity of students, reading, by creating individual domed work spaces, altered by three display and common areas.

Building Reinterpretation, based on City 7 from Italo Calvino’s “Invisible Cities”

University of Texas at Austin

Catholic U. of America MArch I Candidate, University of Texas at Austin School of Architecture

MArch I Candidate, University of Texas at Austin School of Architecture