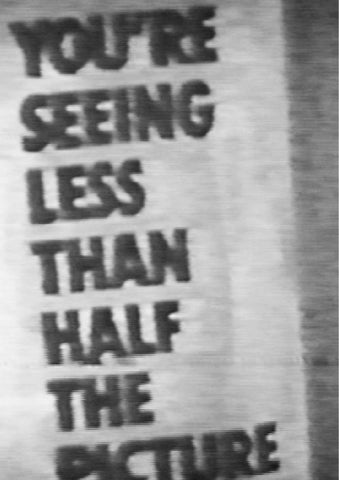 Cinenova is a femnist film distributor based in London since 1991 with its origins in two pre-exting feminist organisations active since the late 1970s, Circles and Cinema of Women. Through the process of a five-part ‘chain letter’, Archive Kabinett and its 2015 residents, Atelier Impopulaire, are invited to get to know the collection better, and vice versa. Each participant (or group) must chose one title from the collection. This film ought to be shorter than thirty minutes and prefereably under ten. This need not be a title the selector has previously viewed, choice may be on the basis of catalogue description, or other considerations. Reasons for the selection may be any, but ought to keep in mind the chain, and specifically the prior selections. Please write a description of your choice, however simple or complicated, and include this when you send the title to the next participant. The selections are presented together in a special screening event at Archive Kabinett, with introductions from the Cinenova Working Group (Karolin Meunier, Irene Revell and Sandra Schäfer, in this instance). The programme will be available in the screening room thereafter, alongside an archival display.

KEEP YOUR LAWS OFF MY BODY Zoe Leonard and Catherine Saalfield, USA, 1990, 13 mins Chosen by Atelier Impopulaire This tape juxtaposes intimate images of at-home-with-a-lesbian-couple and a monstrous catalogue of images of the police who descended in force on the March 28, 1989 New York City Hall demonstration held by the AIDS Coalition to Unleash Power (ACT UP). The insistent, gloved and helmeted cops intrude into the home and bedroom of the two women, the filmmakers. The casual, home-movie quality of these segments is emphasised by the sound of a movie projector. The only other element, breaking up the space and serenity, is the sound of the symbolic siren. “We can’t imagine commencing a chain letter without a strong statement: Keep your Laws off my Body! This beautiful piece of the early ’90’s by Zoe Leonard and Catherine Saalfield is not only a dreamy, but powerful series of superimpositions about love, the ACT UP! movement and a violent state of police. This film is about the brutal essence of our more intimate relations, something invisible reviled by the visible, like HIV, that seems to have disappeared from the media agenda after the massive campaigns of the 80’s and 90’s.” GUERRILLAS IN OUR MIDST Amy Harrison, USA, 1992 35 mins Chosen by Chiara Figone Guerrillas In Our Midst presents a savvy exploration of the machinations of the commercial art-world during its boom in the 1980s, and brings the Guerrilla Girls to the screen. This anonymous group of art terrorists has succeeded in putting racism and sexism on the agenda in the art world since 1985, and their witty and creative tactics have changed the face of political and cultural activism. Interviews with key figures in the Manhattan art scene, record-breaking auction sales, exhibition openings and interviews with the Guerrilla Girls themselves combine to highlight how the myth of the heroic male painter is perpetuated. Keep your Laws off my Body made me think about Amy Harrison’s documentary on the Guerrilla Girls. Guerillas in Our Midst is an overview of the many actions and interventions of the group in the New York art scene. I find the register Harrison creates by combining archival footage and printed matter produced by the group and interviews to almost surreal characters inhabiting the art world still very pertinent. In the context of RULE C, I thought it would be interesting to watch together a document about a collective especially a documentary that is somehow critical towards the position of the group as too much focused on proportional representation rather than subversion of the context.

AFTER THE BREAK Annette Kennerley, UK, 1998, 13 mins Chosen by Paolo Caffoni ‘Normal Behaviour will be resumed after the break…’ But what is normal when you split up with someone? This short poetic film looks at the gap in between being in a relationship and being single again, how we sometimes cling onto feelings of pain rather than feeling nothing at all. When everyday life seems far from normal, we hold long conversations with ourselves. Anyone who has ever split up with someone will no doubt cringe or laugh at their own behaviour as the film touches on some experience or sentiment we have all shared at some time or another. “Guerrillas in Our Midst made me immediately think of a women’s group I know a little better, Rivola Femminile. In 1969, Carla Lonzi published the book Autoritratto (self-portrait) and met with artist Pietro Consagra, her future partner. The book is a collection of conversations with 14 artist (all male except of painter Carla Accardi, among them Consagra himself) and marked both her public recognition as art critic and at the same time her ‘departure’ from the art world: the year after Lonzi founded with other italian women the feminist group and publishing house Rivolta Femminile. In 1980, two years before her death and after a prolific writing career, Lonzi published one last book titled Vai Pure (I roughly translate it something between ‘you can go now’ or ‘I let you go’), it is the recording of a four days conversation with former partner Consagra which sanctions their separation. In this book Lonzi argues against the figure of the ‘heroic’ male artist and affirms strongly her own political autonomy as a women. I just recently looked once more into this text with Karolin Meunier. Moreover, a good friend from Milan once told me about an unpublished manuscript by Lonzi which accounts for her more private feelings during the separation from the partner. So I decided to pick up After the Break by Annette Kennerley from the Cinenova Film Archive. I have never seen this film before as much I have never read the manuscript by Lonzi, but the two unknown stories (the text and the film) make me fantasize about one another, even though they probably have nothing to do with one another! A bit like in a chinese whisper.”

CLAPPING SONGS Tina Keane, UK, 1981, 6 mins Chosen by Laura and Nicola Guy A video which uses slides to isolate and emphasise the actions two girls made while singing traditional clapping songs. The songs are extremely funny, but with a double edge – particularly ‘Susy’, which illustrates, with a high degree of irony, a woman&#39;s life from the cradle to the grave. “Dear Sisters, ‘After the Break’ is a video that explores a romantic relationship. We wanted our choice to foreground another kind of familiarity that might exist between women. With our relationship(s) in mind – sisters, friends, and collaborators – Keane’s depiction of two young girls singing and clapping their hands together seemed fitting (actually, after a brief discussion we played a game of our own and made our selections independently. Perhaps it’s no surprise that we both settled separately on the same choice: culturally, sisterly, and situationally inscribed serendipity is not really serendipity at all). When the proposed screening takes place at Archive later this week, it will be exactly one year since we shared texts, works and drinks there along with many women we knew and some we did not. Karolin Meunier joined us and our preparations for the exhibition also involved a correspondence with Emma and her own sister who kindly helped to ship a package from England to Germany for us. There are other concentric circles that frame this choice as well: the call-and-response character of the chain letter, the (sometimes uneasy) cyclical devices that appear often in Tina Keane’s work (we recall the linked embrace of hands across the chainlink fence in In Our Hands, Greenham that Charlotte, Kerstin and Karolin screened in Zurich earlier this month) and the name of Circles given to the feminist film and video distributor that Keane co-founded and which you all take such good care of now. Cate Elwes, a feminist video maker and writer who we greatly admire, once wrote of Clapping Songs that it contains the shadow of a genealogical encounter behind the image of the lateral relation occurring between the girls. This genealogical trace is that of the mother who passes traditional clapping songs to her daughter/s. But even that we might think differently along the lines of a horizontal exchange as well, extended between sisters who are figured as such not by biology but through other kinds of rhythms. Yours, Laura and Nicola”

URANIUM HEX Sandra Lahire, UK, 1987, 11 mins Chosen by Cinenova Working Group Using a kaleidoscopic array of experimental techniques, this film explores uranium mining in Canada and its destructive effects on both the environment and the women working in the mines. A plethora of images ranging from the women at work to spine-chilling representations of cancerous bodies are accompanied by unnerving industrial sounds and straightforward information from some of the women. “Then I thought of Uranium Hex. Maybe because of non-serendipity – understanding this as: one can make choices/decisions, go somewhere, look at things, research, involve oneself with one’s body in filmmaking – and also that it is no coincidence, if people/women get ill from working in the mine. And it&#39;s a visually strong film. Maybe also because it moves away from this ideal of sisterhood. I like the impulse of Uranium Hex moving away from perhaps a nostalgia. And I’ve been watching it quite a bit lately, though still find it beguiling and hard to talk about.”

R U L E C is a project developed by Atelier Impopulaire for Archive. As a site-specific programme of talks, screenings, exhibitions and performances, it takes place as a spontaneous open community formed by friends, artists, thinkers, curators, cultural producers. Born out of the need to critically reflect on the present and the future of collaborative artistic practices, the programme wants to be a lively organism, a ‘work-in-process’ which presents the results of concrete collaborative acts in different site specific events combined with a series of booklets. CINENOVA is an artist-run charity dedicated to preserving and distributing the work of women/feminist film and video makers. Cinenova currently distributes over 500 titles that include artists’ moving image, experimental film, narrative feature films, documentary and educational videos made from the 1920s to the present. The thematics in these titles include oppositional histories, postcolonial struggles, reproductive labour, representation of gender, race, sexuality, and importantly, the relations and alliances between these different struggles. The Cinenova Working Group, founded in 2010, oversees the ongoing work of distribution, as well as special projects that seek to question the conditions of the organisation, and includes Cay Castagnetto, Emma Hedditch, Karolin Meunier, Charlotte Procter, Irene Revell, Sandra Schäfer, Kerstin Schroedinger, Louise Shelley, Marina Vishmidt. ATELIER IMPOPULAIRE is the collaborative project of Pia Bolognesi and Giulio Bursi. Its research focuses primarily on time-based media practices, curating, possible forms of exhibition making, moving image, text and theory. AI investigates the identity of the image, deconstructing and reinterpreting its politics of representation through traditional devices and experimental media. In April 2014 AI has launched the editorial project SPLIT. 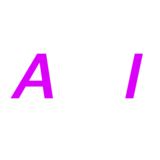