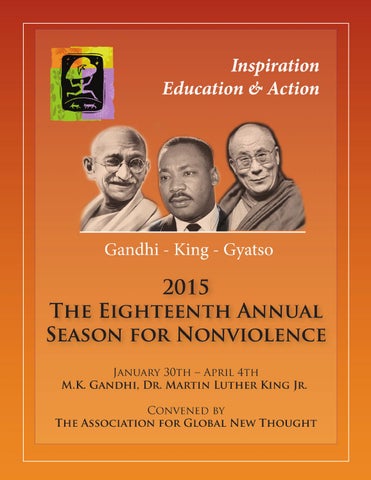 The Season for Nonviolence is celebrated each year from January 30, 2015 in cities across the globe. The annual 64 day campaign, co-founded in 1998 by Dr. Arun Gandhi and The Association for Global New Thought (AGNT), is an educational, media and grassroots awareness campaign spanning the January 30th and April 4th memorial anniversaries of Mahatma Gandhi and Dr. Martin Luther King, Jr. The purpose of the campaign is to focus educational and media attention on the philosophy of attaining peace through nonviolent action as demonstrated by legendary leaders Mohandas K. Gandhi, Rev. Martin Luther King, Jr., Cesar E. Chavez, and President Nelson Mandela, as well as living legends such as His Holiness, Tenzin Gyatso, the 14th Dalai Lama of Tibet. Spiritually guided citizen leaders in 900 cities in 67 countries have participated since the campaign began in 1998. 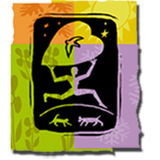