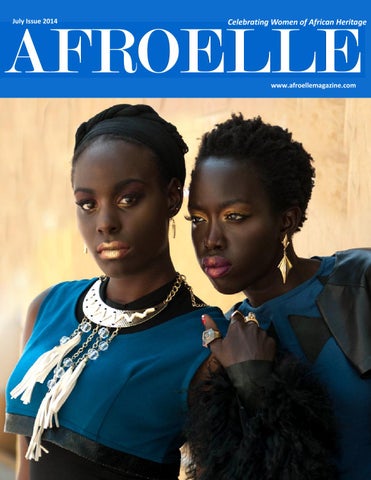 Inside this issue we have interviews with Jennifer Makumbi, the overall Winner of the Commonwealth Short Story Prize, 2014, co-founder of Soko who's has been recognized as one of Kenya’s top 5 Female Entrepreneurs under 40 and top 5 upcoming tech women in Kenya to watch. Plus in our special feature we profile women making moves, including Founder and Executive Director of FACE Africa, Saran Kaba Jones, Founder of Kakenya Center for Excellence, Kakenya Ntaiya, Beulah Osueke, Archel Bernard, founder of Mariama Fashion Production and Co-founder of There Is No Limit Foundation, Mariama Mounir Camara and founder & chairperson of The Bisila Bokoko African Literacy Project, Bisila Bokoko and so much more!!