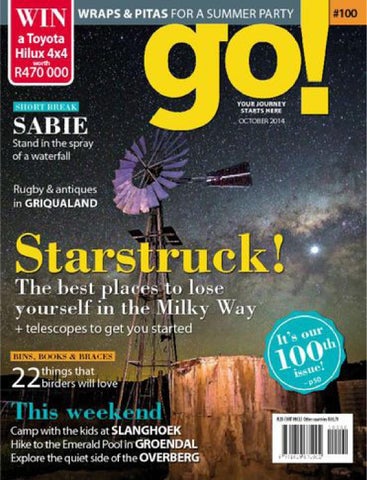 SOMETHING FISHY. That trout you bought at Woolworths last night? It probably came from the farming project in Katse Dam.

esotho might not have a coastline but it has one of the most impressive bodies of water in southern Africa. Katse Dam is part of the Lesotho Highlands Water Project: five dams built by Lesotho and South Africa to supply renewable energy to Lesotho and water to South Africa. The 185 m-high wall is the second highest in Africa after the wall of the Tekezé Dam in Ethiopia, which is taller than Katse’s by a mere 3 m. Stand on top like a sailor on the bridge of a ship and you’ll feel very small surrounded by so much shimmering liquid.

Things to do: Go on a tour of the dam wall. Tours depart daily and cost R10 per person ( 00 266 229 10805). The Katse Botanical Garden is within walking distance from Katse Lodge. Learn more about the medicinal uses of endemic plants like the spiral aloe, Lesotho’s national plant. Entrance fee R5 per person. Stay over. Book a double room at Katse Lodge. Rates from R658 per night, breakfast included. ( 00 266 2 291 0202; katselodge.co.za) – Leon-Ben Lamprecht For more about Lesotho, see go! #74.