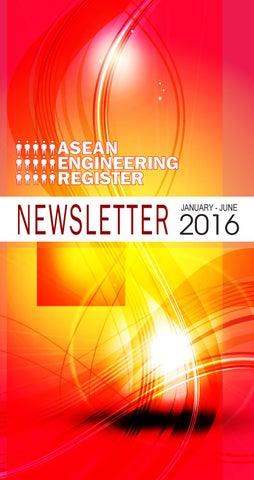 Head of delegates and VIP at opening ceremony

Engineering Evolution and Future Challenges”. More than 1200 delegates participated in the CAFEO 33.

PRE CONFERENCE ACTIVITIES (23rd November 2015) The CAFEO 33 was preceded by a golf competition among the heads of delegations and some delegates in the early morning. More than 120 YEAFEO delegates have embraced a greener lifestyle whilst learning more about the UNESCO World Heritage site of George Town in the Penang Treasure Hunt. Apart from promoting Penang’s world-famous and diverse, heritage attractions, it was hope to popularise the concept of cycling and making it an enjoyable experience 34 delegations arranged by WEAFEO were welcomed by Y.Bhg. Dato’ Ir. Dr. Ismail Mohamed Taib, Managing Director, Jambatan Kedua Sdn. Bhd. for Penang 2nd Bridge Site Visit. The WEAFEO delegations were then networked and served with the delicious seafood lunch at Pulau Aman. For the conference duration, Hotel Equatorial Penang was abuzz with working group sessions, workshops, technical seminars, country report sessions, discussions and forums taking place simultaneously.

WORKING GROUPS AND MEETINGS (23rd November 2015) As a kick start to the Conference, the Working Groups held its meetings to look into various issues affecting the ASEAN countries. Three work groups were initiated upon request from members. The newly formed Groups were 1.

Energy – chaired by The Institution of Engineers, Malaysia (IEM) and Environmental Engineering Work Group chaired by Pertubuhan Ukur, Jurutera dan Akitek, Burnei, (PUJA) were formed after the separation of work from the previous Working Group on Energy and Environment.

The other Working Groups already in existence were Education and Capacity Building chaired by The Institution of Engineers, Singapore (IES), Transportation and Logistic

ASEAN handshake by Heads of Delegation

WELCOMING RECEPTION (23rd November 2015) The Welcoming Reception, held a day before the Opening Ceremony, allowed more than 1,200 engineers from ASEAN and Asia Pacific countries to meet, network and get know each other. It was very well attended with plenty of Penang food and drinks to go along with it. The Guest of Honour was YB Tuan Danny Law Heng Kiang, Penang State Executive Councilor for Tourism Development. The Organising Chairman of CAFEO 33, also the Immediate Past Branch Chairman Ir. Paul Phor Chi Wei, mentioned in his welcoming speech that the highly urbanised and industrialised Penang is one of the most developed and economically important states in the country, as well as a thriving tourist destination. Engineers should play an important role in the country development.

TECHNICAL SESSIONS AND MEETINGS CAFEO 33 has provided a forum to share and exchange experiences and expertise to create awareness and understanding of recent developments and trends in the field of engineering and technology in ASEAN region. In total, there were 70 technical papers in including papers from keynote speakers and invited speakers. The highlighted keynote speakers were Y.Bhg. Academician Dato’ Ir. Dr Lee Yee Cheong, Y.Bhg. Dato Wong Siew Hai and Y.Bhg. Dato’ Ir. Dr Ismail bin Mohamed Taib (WEAFEO Forum). There were many different engineering displays at the exhibition booths located at the entrance to the Conference Ballroom. Besides the conference sessions, the working group meetings, ASEAN Engineering Register Commission meeting, Federation of Engineering Institution of Asia and the Pacific (FEIAP) also held their Exco meeting in conjunction with CAFEO 33. The Young Engineers of AFEO (YEAFEO) and Woman Engineers of AFEO (WE-AFEO) meetings also went on as scheduled. All meetings findings and proposal were finally presented to the AFEO Governing Board which summed up the activities on 25 November 2015. The Board members then signed the Penang Declaration after the Board meeting and the exchanged of token of appreciations took place with photo sessions for all. WE-AFEO was formed only in 2013 to discuss women engineer issues within the ASEAN countries. The Energy Work Group was chaired by IEM (Malaysia), Environment Work Group by PUJA (Brunei), Education and Capacity Building by IES (Singapore), and the Transportation and Logistic and 6

the Disaster Support was chaired by EIT (Thailand), Sustainable Cities Work Group by IES (Singapore), Adhoc Committee Mobility of Engineers in ASEAN by PTC (Philippines). Country Reports were presented by the respective Heads of member organisations. The day ended with the ASEAN Engineers Register Commission meeting in the evening. On the night of 24th November 2015 the Young Engineers (YEAFEO) organized a special seafood dinner on the mainland followed by a networking evening in George Town. This young engineers group went on a specially arranged technical visit later on 25th November 2015 to the newly re-developed SPICE Indoor Stadium.

AFEO BOARD MEETING (25th November 2015) The AFEO Board meeting was started with the observation of 1 minute silence for the demise of AFEO Past Hon Advisor and MES Past President, U Than Myint. The board also discussed the possibility of member organisations coming together with a Declaration to be announced as the Penang Declaration. The Board also discussed on reports by AFEO Awards Committee, AER Head Commissioner, AFEO Working Groups, YEAFEO, WEAFEO, AFEO 2016 budget and Election of Chairman and Vice Chairman of AFEO Governing Board 2016. Break times provided respite from the serious business of the day and gave delegates some time to network and catch up with colleagues and peers. The exhibition booths and a mini-bazaar, thoughtfully added in by the organiser, were much frequented and appreciated then too. There were 16 exhibitors at the conference, promoting their engineering solutions to the industry. And the mini-bazaar was promoting popular tourism products.

YB Tuan Chow Kon Yeow, Penang State Executive Councilor for Local Government, Traffic Management &amp; Flood Mitigation addressed during his closing remarks that the CAFEO 33 theme best fits not only the development of this tiny colonial island in the past to make a mark as the Silicone Valley in the East, which some would label Penang the “Tech Tiger” at the present, but it also applicable to the ASEAN Countries and the rest of the world. In the evening, there were lively activities including the presentation of AFEO Engineering Achievement Awards for best engineering projects, feats and individuals of the various ASEAN countries. Outstanding engineers and eminent personalities were also conferred Honorary titles. These were followed by cultural performances of singing and dancing, by delegates and young engineers from the various countries. The handover ceremony was also held during the grand Gala Dinner. By rotation, after Malaysia, it now falls on PTC (Philippines) to hold the AFEO Chair and to host CAFEO 34 in 2016. The AFEO flag was handed by IEM President, Y.Bhg. Dato’ Ir. Lim Chow Hock to the PTC President, Engr. Fred Monosada marking the end of CAFEO 33. The night ended with lots of singing and dancing, marking the end of a very successful conference.

CAFEO 34 IN PHILIPPINES We also wish to thank AFEO Heads of Delegations and delegates coming from far and near for their enthusiastic participation and the generous sponsors without whom CAFEO 33 would not have achieved such great success. Thank you very much. See you all at CAFEO 34 in Philippines

SUMMARY The substantial number of technical papers plus the large number of attendees from overseas rendered the 33 CAFEO 2015 a great success. Malaysia and IEM in particular was the proud host while IEM Penang Branch had the honour and privilege of being the event organiser. From such enormous input, CAFEO 33 was able to generate sound recommendations that could contribute to the transformation of ASEAN into a region of enormous economic development with ample opportunities for business to grow; with the ultimate aim of enhancing the quality of life of the ASEAN community. This was in tandem with the formation of the ASEAN Economic Community (AEC) by end of 2015, and CAFEO to serve as a catalyst to catapult further integration and mobility of engineers within the region. Here in Malaysia, the Registration of Engineers Act 1967 has been amended to support the government policy to liberalise the service sector, and in particular the engineering services, to be in line with the objectives of the AEC.

As has been the practice for a while now, CAFEO 33 also afforded priority to the young and women engineers from the region, providing them a platform to establish rapport for future engineering activities and collaborations. For the many delegates, who came accompanied by family members wanting to enjoy a holiday in the Pearl of the Orient, there were two organised island tours for the spouses. One tour introduced them to capital city George Town while the other took them to the popular beach side of the island. We believed they enjoyed the opportunities to explore Penang, recently named among the “Most Charismatic Cities in the World” and the “Best Food Destination in the World.” Many delegates said they had extended stay here following the conference. The Philippines will host CAFEO 34 in 2016. Till we meet again, we bade “selamat jalan” to all the delegates and “Mabuhay!”

The Malaysian delegation singing at the Banquet Dinner

Brief Summary : The 2016 AFEO Chair, Engr. Fred Monsada, the concurrent President of the Philippine Technological Council, was invited by the MES through its President Ir. U Win Khaing, to confer the AFEO Outstanding Engineering Awards and Honorary Fellow and Members titles to MES Engineers and corporate bodies during the above AGM and Awards Ceremonies. The AFEO Chair was also requested to present the ASEAN and Associate ASEAN Engineer Certificates and Medals to more than 100 MES Engineers, in behalf of the AFEO Secretary General Ir. P.E. Chong and AER Commissioner Dato’ Ir. Dr Andy Seo Kian Haw. The Itinerary of the Chairman consisted of the following: » January 8

Checked in at Inya Lake Hotel

o Process and Product Show Visit with MES and other guests

AGM and Awards Ceremonies, the Chair gave a message prior to the presentation of the awards, certificates and medals

ANNUAL GENERAL MEETING OF MYANMAR ENGINEERING SOCIETY (MES) The January 9, 2016 AGM and Awards Ceremonies was well attended by about 300 MES engineers and guests. Prominent of the Guests included the Union Minister for Construction of Myanmar, the Union Minister for Manpower and Social Security, several Deputy Ministers some of whom were conferred the Honorary Fellow Titles, the Regional Director of UNESCO for Asia Pacific Dr Shabhaz Kahn and the President of the Japan Institute of Civil Engineers, Dr Tetsuo Shimizu, and Academian Datoâ&amp;#x20AC;&amp;#x2122; Ir. Dr Lee Yee Cheong, founding chair of the ASEAN Academy of Engineering and Technology. In his congratulatory message during the opening ceremonies and during the awards night, the AFEO Chair reiterated the importance of the recognition of qualifications of ASEAN engineering professionals among ASEAN memberorganizations of AFEO. Recognition of qualifications of engineers will undoubtedly improve the ability of the engineering professionals, individually and collectively, to contribute to the economic development of their respective countries and, eventually, under the ASEAN Integrated Community, to the socio-economic development of the region as a whole.

Guests and MES Office bearers during the AGM Opening Ceremonies. The author is third from left while the President U Win Khaing is seated 6th from left. On the left of U Win Khaing are the Union Minister for Manpower and Social Security and the Minister for Construction, respectively. 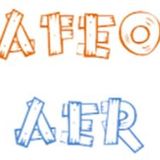