In 1759 Anne Danjée, with whom he had an affair, caused Luzac no end of trouble. She had her son Elie baptized in the Walloon Church on 15 June,42 and named Elie Luzac as the baby’s father, which was an implicit demand for financial support. Elie, who was no longer a deacon of the Walloon Church at the time, categorically denied paternity, but was pressed by the consistory to admit to his love affair. Although he submitted a statement a month later, under much protest, that he had indeed slept with Anne Danjée,43 he refused to pay her anything for maintenance. The Leiden Justices of the Peace had to be called in to make him do so. On two separate occasions, in September and – with Elie Luzac failing to respond – again in October, notary public Albertus Kleynenberg acted pro bono on behalf of the unmarried mother to claim the amount of 18 guilders and 15 stivers, being the sum for maintenance for the period of six weeks.44 The brief affair between Anne Danjée and Elie Luzac – assuming that there had been one – ended in acrimony. In 1760 Elie was still not prepared to assume responsibility as father of the baby. Accordingly Kleynenberg summoned the Walloon minister and the elders on behalf of Anne Danjée to appear before the Justices of the Peace, to enforce through the mediation of these parties a maintenance order on the alleged father. This time Kleynenberg was successful, but for the rest of his life Luzac maintained a deafening silence on the subject of Anne and his illegitimate son Elie in all his extant letters to correspondents.

Marie Massuet Elie Luzac married for the second time in 176345 and once again, the marriage was short lived. His bride was Marie Massuet, the daughter of the Amsterdam physician Pierre Massuet and his wife Marie Anne Batailhey, who had died in 1761. Pierre Massuet had built up a considerable reputation as a journalist and editor of the Bibliothèque raisonnée (1728-1753). He was a member of the enlightened, intellectual circles which Elie Luzac also liked to frequent. In addition to his work as a physician and a journalist, Massuet also kept a boarding school, which was renowned as far away as the Dutch East Indies.46

‘Monsieur Elie Luzac, the Bookseller, Lawyer, Wolffian Philosopher, and I know not what’

Thanks to his marriage to the Amsterdam-born Marie Massuet, Elie could now in theory have his citizenship rights transferred to Amsterdam. He seriously considered this option, probably because Amsterdam was better placed for international trade and thus had more to offer than Leiden. Amsterdam was also a more attractive city for (international) money transactions and for raising capital. However, as we shall see, he was not granted the freedom of the city of Amsterdam.47 Marie Massuet moved into the Rapenburg house where Elie had lived with his first wife, Ernestine Auguste, the house from where he also ran his business. The conflict with the regents about the tarred facade caused the couple to move, in 1767, to another house on Rapenburg (no. 127), beyond Vlietbrug. The culprits were never found. Perhaps it really had been a student’s prank, as De Wilde had suggested. Possibly the matter had to do with Elie Seignard, who had succeeded Elie Sr as a boarding school proprietor in Noordwijk. In 1765 Elie Luzac was involved in a legal conflict with Seignard, little remaining of what had been, initially, a good relationship. That year Seignard’s son-in-law, the Leiden lime burner Pieter Willem Righout, proclaimed to all who would hear that Elie Luzac had treated Seignard badly and seriously overcharged him for his books.48 On 14 September 1766 Pierre Massuet and his second wife Anne Brians presented their newborn grandchild Anne Luzac for baptism at the Walloon Church in Leiden.49 Marie Massuet died shortly afterwards, and was buried in Vrouwenkerk during the week of 15-22 November.50

Anne Luzac Little Anne Luzac was raised by her godparents in Amsterdam in the first years after her mother’s death.51 At the age of eighteen she fell violently in love with a good friend of her father’s, Willem Bilderdijk, later to become a famous author. Bilderdijk was a regular visitor to the Luzacs in 1784 and, as appears from the letters Anne wrote to Willem, was such an engaging visitor that he soon captured her heart. Because he had not told her about his

The subject of Elie Luzac (1721-1796). Bookseller of the Enlightenment is the trade in ideas and ideals. Elie Luzac corresponded with scholars from all over the learned world. The Dutch headstrong bookseller/publisher of Leiden did what no man dared to undertake: he published La Mettrie’s 'L’homme machine', which was banned immediately into the remotest corners of Europe. Luzac would frequently publish works that went up in flames. Banned books, as well as acrimonious rows among scholars, were anyhow lucrative business. Luzac was also active in Germany. He even opened a bookshop in Göttingen, though not for long. Conflicts with his authors and with the University of Göttingen forced him to return to the Netherlands. See also: http://www.afdh.nl/boeken/elie-luzac.aspx 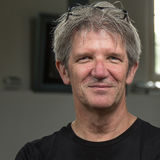