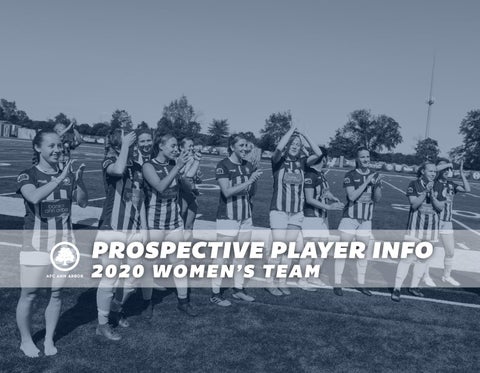 ABOUT AFC ANN ARBOR Association Football Club Ann Arbor was founded in 2014 and competed for the first time in 2015 in the Great Lakes Premier League. After the inaugural season, AFC Ann Arbor joined the National Premier Soccer League, hired Head Coach & Sporting Director Eric Rudland and continued to deepen their roots in Washtenaw County. Rudland’s first season saw The Mighty Oak earn a playoff berth, and make it to the final sixteen in the league (out of 90 + teams nationwide). The success on the pitch continued as Rudland not only lead Ann Arbor to Back to Back Great Lakes Conference Championships (2017 & 2018) but also helped develop the 2018 TopDrawerSoccer.com National Player of the Year for the NPSL in Joseph Stanley Okumu.

In addition to being one of the only teams to make it to the playoffs it’s first four seasons in the league as well as back to back regional finals in the NPSL, Rudland has also helped AFCAA qualify for the Lamar Hunt U.S. Open Cup for the past three seasons as well. In 2019, the club opened up a new chapter in their history after launching the women’s side. In 2020, the men’s side will begin a new chapter as they will change leagues and compete in USL2.

Returning for his fifth season with AFC Ann Arbor, former NAIA National Player of the Year and MLS player, Boyzzz Khumalo, will find himself in a new role as he takes the helm for the women’s side as they will compete in the United Women’s Soccer national league for the second year. He has proven to be a key component in building and implementing a strong club culture as an assistant to Coach Rudland for five years, and looks to build upon and grow that culture on the women’s side. Khumalo, a former professional with stints at DC United, Chicago Fire and the Pittsburgh Riverhounds brings a wealth of high level college and professional experience to The Mighty Oak. The co-founder and visionary behind the Umhlaba Vision Foundation, Khumalo now spends his free time helping kids from his home country, South Africa by creating opportunities for them to continue their education. A graduate of Coastal Carolina University University with a Bachelor of Science in Physical Education, Khumalo holds USSF A license. Also active in the club soccer scene, Khumalo is currently the director of coaching for Michigan Rush.

Another National Player of the Year (2007, Florida State University), Mami Yamaguchi, returns as a player/coach for her second season with AFC Ann Arbor. After scoring the inaugural goal for the women’s side in 2019, Mami will be shifting her role to take on more coaching responsibility as she’ll assist Khumalo in 2020. Yamaguchi has represented Japan in the World Cup while totaling 18 international caps and netting 8 goals for her home country. As she transitions to her coaching career, she is able to use her experiences at the pro and international level to her advantage. Yamaguchi currently holds a USSF C License.

SEASON MATCHES: The 2020 Season will run May to mid-July, providing players a rest period prior to their fall college or pro seasons. The schedule will consist of 15-18 matches plus the Divisional Play-off & National Tournament. TRAINING: 3-5 training sessions/week Physical Themes = regeneration / movement development / injury prevention Technical Themes = comfort on the ball / rhythm / possession Tactical Themes = functional / situational system understanding / match prep Psychosocial Themes = goal setting / team building / leadership / communication Each session will begin with instruction from AFC Ann Arbor’s Performance Coach, focusing on player’s physical development. Furthermore, an ATC will be available at ALL training sessions & matches to treat & care for players. IDENTIFICATION – Players who compete for AFC Ann Arbor and have aspirations of playing at the next level will be

provided every possible opportunity, if so deserving, to be connected to AFC Ann Arbor’s professional network. MAINTENANCE – Players will experience an environment that enables them to maintain their technical, tactical, physical and psychological sharpness in lieu of their fall 2020 seasons. Players will be provided adequate down-time during the season to recover & counteract overtraining. ENHANCEMENT – Players who play for AFC Ann Arbor will be challenged to grow individually as a player in an effort to achieve higher levels of the game.

PLAYER ACCOMMODATIONS & AMENITIES Players who receive housing will live in houses or apartments provided by Wickfield Properties that are close to campus and downtown areas.

high standard at all times (on the pitch & up-coming match. in the community). + Players are expected to arrive in Ann Arbor as soon as + Players must commit to & sign the “AFC Ann Arbor their schedule allows (end of April or early May) to begin Player Agreement.” season preparations. + Player must abide by the team’s core values: + Not meeting these Player Expectations could result in being dismissed from the club. PASSION: Compete with compelling emotion for AFC Ann Arbor. Engage with the fans & community in a manner that creates a strong bond between player & club. DISCIPLINE: Act like a professional on & off the field. Don’t take the opportunity to compete for AFC Ann Arbor for granted. Diligently prepare for matches & do your job to the best of your ability. TRUST: Build confidence in your teammates & reciprocate that feeling back to the other AFC Players, Staff & Ownership.

IN THE COMMUNITY The club has become an active platform to give back to our community. Through school visits and programs like Kicks & Tricks, Community Kicks and supporting initiatives such as Charity Ball, The Mighty Oak Youth Project, Umhlaba Vision Foundation and Level The Field. Players will have the opportunity to help underprivileged communities, refugees and many different youth within the greater Washtenaw County community. 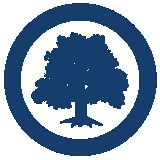