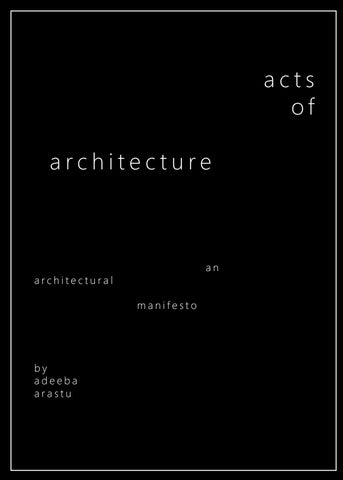 They say Carthage was founded by a once-princess of the land of Tyre, who fled after the death of her husband at the hands of her brother. From the Middle East she fled to North Africa with a loyal band of followers with little in the way of resources. They wandered for many weeks before Dido met with a Berber king. She had little to bargain with, but needed to establish herself in this new land. They struck a bargain -- as much land as one ox hide would cover. In her ingenuity, Dido cut the ox hide into strips to encircle a huge area. This land became the city of Carthage and the beginning of a great empire. Architecture is the act of laying claim. Architecture is the inscription of power and identity on space. Geopolitical boundaries are drawn to designate identity, authority, control. They disregard the complexity of social and cultural overlaps, which exist not as perimeters, but overlapping fills.

Geopolitical boundaries are drawn to designate identity, authority, control. They disregard the complexity of social and cultural overlaps, which exist not as perimeters, but overlapping fills. In 1948, Palestine was carved up by its colonizers to establish the state of Israel. Since 1948 more and more land has been claimed, cheated, or stolen by the state of Israel, regardless of the agreement on the location of the border. The Israeli wall draws a sharp line, a line which usurps the land it touches, cleaving apart towns, lands, families. The wall, like Trump’s wall, is a symbol. It is a reminder that there is an “us” and there is a “them.” “We” are defined by being on one side of this wall, just like “we” are defined by existing on one side of this border.

FILL Borders are not inherently bad or evil (defining areas is productive to the organization of our society). But evil lies in the â&#x20AC;&#x153;violent disjunctionâ&#x20AC;? that happens when we try to wall ourselves off from other peoples who we think are not like us. In reality, everyone is shaped by a complex network of identities that have been shaped by space that goes back deeply into the past. Our true experience of the world happens in a series of overlaps. Our selves and our environments occur at the intersection between multiple conditions. Our physical environments are a product of layers of explicit inscription on the Earth that become latent with time. Every act of architecture, even as it fades to a distant memory, remains on the Earth. Every act of architecture frames, reinforces, or subverts our understandings of who we are and our relationship to others. Our experiences in space coagulate to become autonomous pieces of identities.

These are transmutable. We are tied to homelands we have never seen. We are tied to worlds that donâ&#x20AC;&#x2122;t exist. Relationships created in space transcend their physicality by becoming part of our blood: an intergenerational sense of self. We test our DNA to find that we are Korean or Zimbabwean or French and define ourselves by borders that have never contained us. But we are also painted by a history that predates us in the lands we inhabit. Those who live on US soil are automatically enrolled in a relationship with the imprint of slaveries and genocides, with peoples who were displaced from or forced to bleed on the ground that you now stand on. We are as much defined by borders we do not know, byproducts of culture whose origins we may not remember or recognize. When we design spaces for violence, the trauma we inflict upon people takes hundreds of years to be undone.

The fills are not ours to command or control. But we can be critical of how we draw the lines, who draws them, and for whom they are drawn. 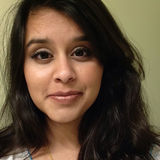 Acts of Architecture: an architectural manifesto

A visual essay about the politics of building.

Acts of Architecture: an architectural manifesto

A visual essay about the politics of building.