fter 12 years at the helm of the college, President Gary A. McGaha announced he would retire effective June 30, 2019. As the news hit the community, countless stories emerged about the lasting difference he made in so many lives; the unprecedented growth and distinction achieved under his watch; and the remarkable caring shown to every person who walked through his open door. Before being named president in 2007, McGaha was appointed interim president. At that time the college’s future was in serious doubt. But he arrived with a far-reaching, optimistic vision to transform the fledgling institution. And that he did.

The McGaha Presidency | 2007-2019 • $45 million in new construction, campus infrastructure improvements, and a host of other major repairs and renovations • Increased enrollment by 30% • Earned approval from the University System of Georgia’s (USG) Board of Regents to offer bachelor’s degrees in 2011 and in 2012 • Oversaw the institution’s name change from Atlanta Metropolitan College to Atlanta Metropolitan State College • Increased baccalaureate degree programs offered • Gained ground such that AMSC had the highest graduation rate in the USG for the associate degree in 2018 and 2019 • Established an impressive array of relationships with Atlanta community stakeholders and educational, corporate, governmental, bridge programs, faithbased organizations, and private partnerships • Enhanced the campus with the addition of the Elridge W. McMillan Academic Sciences Building; renovated the Science Lecture Building; expanded the Edwin A. Thompson Sr. Student Center; and constructed a Student Services and Success Center • Increased fundraising to record levels year after year. In 2018, more than $400,000 was raised. As a result, 400 students were “saved” from having to drop out. • Implemented a Satisfactory Academic Progress Policy to protect the quality of academic programs

USG Chancellor Steve Wrigley tapped Georgia Southern Vice President of Student Affairs Dr. Georj Lewis as interim president effective July 1, 2019. A national search for President McGaha’s replacement will be launched at a later date. “President McGaha has led Atlanta Metropolitan State College with passion and distinction,” said Wrigley. “During his tenure, he oversaw an expansion of degree programs and an increase in associate degree graduation rates. His constant presence and unwavering devotion to AMSC’s students, faculty, and staff have made him a beloved figure to students, faculty and staff, alumni, and within the metro Atlanta community. On behalf of the Board of Regents and the University System of Georgia, I wish his family and him all the best on his well-deserved retirement. I’m also confident Dr. Lewis will provide strong and capable leadership to AMSC as interim president. I look forward to the continued success of this important Atlanta institution and its students.” – USG Chancellor Steve Wrigley

• Reduced the financial aid default rate as well as the percentage of students receiving loans • Created a branded slogan for the college: “Believe, Begin, Become.” • Changed the mascot from the Red Eyed Panthers to the Trailblazers

The McGaha Legacy Scholarship Fund This fund has been established to honor President McGaha through the provision of need-based scholarships for deserving AMSC students. Please consider a gift today. Ways to Donate • Mail a check, made payable to AMC Foundation and with the word “McGaha” in the memo line, to: AMC Foundation 1630 Metropolitan Parkway, SW Atlanta, GA 30310 • By phone by calling 404.756.4666 • Give online by going to atlm.edu and clicking on the “GIVE” tab at the top right corner of the page.

â&#x20AC;&#x153;My teaching and administrative activities at Atlanta Metropolitan State College have been the most rewarding and gratifying experiences of my professional career.â&#x20AC;? Gary A. McGaha, Ph.D. Third President of AMSC Professor of Political Science

• Most affordable Atlanta college in the University System of Georgia

Atlanta Metropolitan State College, a unit of the University System of Georgia, focuses on excellence, where outstanding faculty members and committed staff teach and facilitate the successful academic matriculation and holistic development of students. The college offers an affordable liberal arts education and prepares students from a diverse urban community to function in a global society.

CAMPUS HIGHLIGHTS • AMSC launched the Criminal Justice and Police Sciences Institute to better prepare law enforcement to deal with emerging challenges in policing. Response from Metro Atlanta police agencies has been overwhelming. • A Multi-Purpose Athletic Field is under construction on the southwest side of campus. Students will soon be able to enjoy sports such as soccer, basketball, volleyball, badminton, and table tennis. • The steep cost of textbooks can be a barrier to student success. AMSC faculty members have made tremendous strides in reducing or eliminating that barrier. In one academic division, the cost of instructional materials has decreased such that students have seen a $252,000 cost savings over the past three years. In another division, faculty received two Affordable Learning Georgia Textbook Transformation Grants that enabled them to implement dramatic cost reductions for hundreds of students. • Momentum Year is a suite of strategies designed to support students in their crucial first year at AMSC. With leadership from Academic Affairs, these strategies provide a starting point that helps students find their path, get on that path, and build velocity in the direction of their goals.

• Another key focus in Academic Affairs is the Chancellor’s Learning Scholars (CLSs). The scholars, who are AMSC faculty, facilitate Faculty Learning Communities (FLCs) that give small groups of faculty the opportunity to engage in sustained, meaningful conversations about teaching and learning. The goal of this program is to ignite ongoing innovation in teaching. • The National Science Foundation awarded AMSC with a Louis Stokes Alliance for Minority Participation grant for another five years. This program’s goal is to diversify the nation’s science, technology, engineering, and math (STEM) workforce. • AMSC is a partner with the Emory University School of Medicine and its National Health Career Opportunity Academy. The academy at Emory will create a comprehensive continuum of learning, mentoring, college/health career readiness, and health profession exposure activities for AMSC students. AMSC is one of several educational partners in this program. • The Upward Bound Fulton and Upward Bound Thomason programs at AMSC were each awarded $40,000 mini-grants from the U.S. Department of Education. The funding provides internships, Space Camp opportunities, and digital media activities for students. Upward Bound is part of the Federal TRIO Programs. • The Georgia Space Grant Consortium awarded AMSC a grant to connect with the community through unmanned aerial vehicles.

• Thanks to a financial literacy initiative called Project Success, AMSC students are taking advantage of financial coaching, financial education, and loan default management. Project Success is a partnership among AMSC, the Trellis Company, and the U.S. Department of Education-Office of Federal Student Aid. • The African-American Male Initiative at AMSC was again awarded funds by the University System of Georgia to provide academic support for students. • Funded by the Annie E. Casey Foundation, the Trailblazer Student Institute is a year-long program for high school graduates that prepares them for college success and completion. The Annie E. Casey Foundation also awarded a grant to provide a staff person to support Achieve Atlanta students on campus. Achieve Atlanta is an initiative of the Atlanta Public Schools. • The Trailblazer Food Bank distributed thousands of pounds of produce, meat, and other items to students throughout the year. • The Counseling & Disabilities office saw 1,220 office visits in 2018. Over 400 of those visits were counseling sessions. • The Strategic Marketing & Advancement department again captured national awards for AMSC marketing productions. The department also garnered record media coverage for the college.

In one academic division alone...4 To Pharmacy School • 3 To Medical School • 1 To Dental S

Alumnus Named to Hall of Fame Veronica Adadevoh ’80 has captured a 2019 Regents’ Hall of Fame Alumni and Distinguished Friends Award from the University System of Georgia Foundation. This accolade recognizes her longtime, game-changing support of AMSC. Adadevoh also serves as a member of the college foundation board. She is pictured with Board of Regents Chair Don L. Waters.

AMSC faculty members continue to serve with distinction. What have they been up to lately? They’ve published dozens of national articles and given many talks locally, regionally, and across the country. They have had their work exhibited at Columbia University and earned an Emmy nomination. They have continued their professional development through certifications and additional academic credentials. But most of all, they have given their all to each and every student.

istory was made at AMSC’s Celebration of Leadership Awards on September 27, 2018. During the annual fundraising gala, the college received a gift of $125,000 from Ernestine Thompson, the founding first lady of the college. Thompson is the widow of Dr. Edwin A. Thompson, Sr., president of the institution from 1975 to 1995. “How fitting that this donation comes from the college’s founding family,” said President Gary A. McGaha. “This gift is the premier example of the impact and opportunity for which this college is renowned.”

The gift, which has been placed in an endowment fund, will be used to fund scholarships for many years to come.

The Thompson Family with President McGaha. The AMSC Archives are named in honor of Founding First Lady Ernestine Thompson (seated).

or the second consecutive year, the AMC Foundation shattered previous fundraising records at its 2018 Celebration of Leadership Awards. The fundraiser, in its seventh year, salutes community trailblazers and highlights student success.

Award recipients were Rev. Kenneth Alexander, pastor of Antioch Baptist Church North; former GBI Director Vernon Keenan; Regent Emeritus Elridge McMillan, scholar-in-residence at AMSC; Atlanta Police Chief Erika Shields; and Willie A. Watkins, chief executive officer of Willie A. Watkins Funeral Home and AMC Foundation board member. Special accolades were also given to State Farm Agent/Owner Veronica Adadevoh ’80 and Clayton County Public Schools Superintendent Dr. Morcease Beasley for their dedication to education. “I am extremely proud of the work of the AMC Foundation board members,” said Board Chair Skip Vaughan. “The efforts of all involved have ensured that we can help even more students at AMSC fulfill their educational goals.” The $400,000 is the largest amount the foundation has ever raised in the award ceremony’s history. It includes a $125,000 donation from Ernestine Thompson, founding first lady of the college. Due to the success of the fundraiser, 400 students received scholarships that enabled them to continue their studies.

AMC Foundation Board Member Willie A. Watkins established the Mother Hattie Guinn Watkins Scholarship Fund in memory of his mother.

HONOR ROLL OF DONORS This list reflects those who have contributed during the 2018 calendar year. On behalf of the entire AMSC family, we thank you! Organizations & Corporations $1001-$5000

“We are different because we care.” Gary A. McGaha, Ph.D. President, AMSC 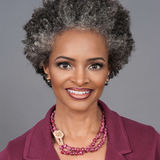 Atlanta Metropolitan State College is located in Atlanta, Georgia. It is part of the University System of Georgia. The institution was orig...

Atlanta Metropolitan State College is located in Atlanta, Georgia. It is part of the University System of Georgia. The institution was orig...