Changing Lives Around the Globe

Working towards ending poverty, ACGC strives to achieve a peaceful and healthy world, with dignity and full participation for all.

educing poverty and changing lives all across the globe. This is the driving goal of the Alberta Council for Global Cooperation (ACGC), which is a coalition of over 70 organizations and individuals that collaborate on common objectives. From national non-governmental organizations (NGOs) such as Oxfam Canada, to smaller volunteer-run NGOs such as World Fit for Children, these groups work in a wide variety of areas, including food security, education, emergency relief, health, human rights and water and sanitation. “Non-profit organizations are innovative and provide excellent value. The ability of Alberta NGOs to make concrete change is significant. Part of that is because we are able to leverage countless volunteer hours from Albertans who are an incredibly generous group of people and have a get-it-done attitude,” says ACGC executive director, Heather McPherson. ACGC focuses on capacity building for its members, by providing training sessions, materials and policy research. The council advocates on behalf of its membership with the federal and provincial governments to ensure overseas

Non-profit Yet the current direction of foreign aid spending is going organizations are down. “By 2014 we will have set ourselves back by a decade. innovative and It has taken successive governprovide excellent ments years to build up our aid levels and it is disappointvalue. The ability of ing to see those levels drop,” says. Alberta NGOs to McPherson Because of this, ACGC’s role is now more timely than ever make concrete says ACGC board chair, Paul change is Carrick. “There has been a significant decrease in funding significant. to the Canadian International

development assistance and international development policy are developmentally sound. ACGC brings together organizations to ensure they are sharing information and best practices. The council also does public engagement and global citizenship work with educators, for example by providing curriculum resources for teachers and working directly with students to raise their awareness. “It’s important for Albertans to be engaged in a wide variety of causes. We have a moral obligation to ensure that every child has access to clean water, that every woman has access to safety, and that family members have what they need to be contributing members of society,” McPherson says.

Development Agency (CIDA) by the government — specifically decreased to the division within CIDA that supports Canadian voluntary sector organizations,” says Carrick, founder of CAUSE Canada, an Alberta-based NGO with a 30-year history of implementing poverty reduction programs in West Africa and Central America (cause.ca), working in partnership with CIDA. “NGOs need to come together and proudly speak up in defense of the excellence of our work. We add tremendous value in terms of putting a Canadian face on reaching out to some of the poorest and most marginalized people in the world. When funding is taken away from the voluntary sector, the most vulnerable, at risk people on the planet are the ones who are hurt.” http://www.acgc.ca

Nine-year-old led by example By Barbara Balfour In the words of human rights activist Sally Armstrong, “The worst thing you can do is nothing.” Coupled with stories of the hardships faced by women in Afghanistan, it was those words that spurred a nine-year-old to make life better for other little girls in the war-torn country. In 2007 after hearing Armstrong’s talk, Alaina Podmorow, now 15, started Little Women for Little women in Afghanistan (LW4LW), an organization in partnership with Canadian Women for Women in Afghanistan. LW4LW has since raised more than $400,000 to train and provide salaries to teachers in Afghanistan, purchase mobile library kits and school supplies, and give women and girls access to education. It has also mobilized other young girls to get involved for the cause in 10 chapters across North America. One of those girls is Jemima Maycock, who started the Banff Organization: chapter of LW4LW Canadian Women when she was also nine years old. Her for Women in mother, journalAfghanistan ist Kendall Hunter, Location: had stumbled across Afghanistan Podmorow’s organization while researching Mandate: stories on the internet. To advance edu“I am quickly cation for women growing into the role I want to be in as a mom, and I was fascinated by how a nine-year-old could be interested in things like this,” says Hunter. “But I really didn’t have much to do with it apart from informing my daughter about Alaina. Jemima was really motivated when I told her, and she literally hit the ground running with it. “There’s something really empowering about little girls helping other little girls.” Every year, Maycock has raised about $1,500 through bake sales and raffles. She also encouraged Podmorow to take on an orphanage as one of their funding recipients. “I just think it’s great that we can help the less fortunate in Afghanistan and appreciate how well we are taken care of in this country.” In Afghanistan when girls go to school, they are afraid they might get shot at by the Taliban or get acid sprayed in their face,” says Maycock, now 12. The focus of the organization is about empowering women, says Podmorow’s mother, Jamie. “It’s not just about educating the women but also about educating the men too, so they come to realize that having a wife or daughter who is educated will only bring positive things to their home and community,” she says. “These girls have very high and lofty dreams and I believe they can reach them if they are given the opportunity to be educated.” Alaina, who visited Afghanistan for the first time last summer, says she plans to continue her work until every girl in the country has the right to an education. “We’d go into the schools where they were learning science or math and we’d have the opportunity to ask, ‘What do you want to be?’” she recalls. “Every single girl stood up and was so proud to say, ‘I want to become a teacher. I want to become a doctor. I want to teach my sisters who did not have a chance to go to school, to read and write. “It was so empowering for not only myself but also for my mom. It’s so easy to get caught up in the negative, but if we look at the reality that we’re making a difference, it makes us want to continue in our work.” http://www.cw4wafghan.ca

It’s the Ripple Effect and it’s helping save the world’s water.

ACGC members make inroads at home and around the globe.

Group formed by journalists and professors fights for Guatemalan rights.

If you would like to VOLUNTEER or participate in ACGC events, visit www.acgc.ca or call 780-988-0200

Changing Lives Around the Globe

ACGC published a special section of the Calgary Herald and Edmonton Journal for 2013's International Development Week. Find out how working at the U of A’s Global Education Program changed one student’s business when he moved back to Malaysia, what Calgary youth are doing to become leaders in water issues, and more. This project was made possible with funding from the Government of Alberta's Community Initiatives Program and United Nations Association in Canada's Calgary branch. 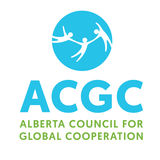