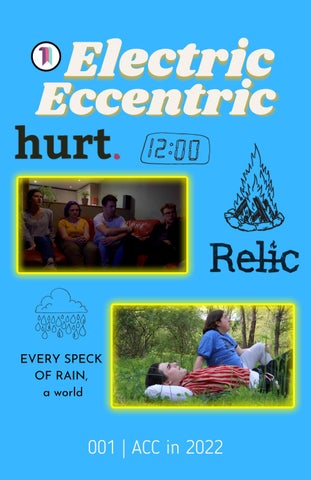 EVERY SPECK OF RAIN, a world

is a small self-publishing initiative by Craig Selbrede, notable for its novels and webseries.

turn the page to learn about our upcoming projects!

is a fantasy miniseries created by Craig Selbrede of Ellicott City, MD. Through a series of fortunate events, it was picked up and filmed by Unthank Productions of Norwich, UK-- The University of East Anglia&#39;s Filmmaking Society.

Rory Raines is thrust into a world of magic and mystery when she is unexpectedly bonded to the soul of a long dead dragon.

A Series of Fortunate Events

Relic began with an odd text message to the current Head of Programming for UEATV. Initially, it was intended to be a Season 2 for the webseries Craig was working on at the time, but COVID inspired Craig and newfound collaborator Elle Rose Guyan to move in a different direction, drawing from a pitch from Craig and Zoe Traub.

Alix Burgess and Mae Duval created these costume sketches while building the world of &#39;Relic&#39;!

is a Micro Memoir inside, Craig Selbrede discusses every friend he&#39;s ever had.

I&#39;ve had many friends. Each has held a special place in my heart.

Jolie dots the book with beautiful sketches of items and moments that matter.

A limited quantity of deluxe hardcovers was ordered, with beautiful blue endpapers and a ribbon bookmark.

ESoRaW is available now from Amazon!

Craig with his proof copies!

a first look at Chapter One,

&quot;We Are Who We Are&quot;!

costume designer Maz Taylor sketched these designs for Stone and Fin, although their final designs would be different after Marshall Gibbs and Anthony Phelps, the original Stone and Fin, both exited the project.

&quot;We Are Who We Are&quot;

&quot;You Just Kind of Have to Hope&quot;

The specter of death bears down upon Stone and Fin throughout the series... can they escape it?

Check out &#39;Hurt&#39; on social media and get ready to support us as we begin this important filmmaking journey!

Makeshift a one act play

Liv Merryman expertly adapts and expands the world of Makeshift from my award-winning novella for the stage in this moving, timeless production staged in Ithaca, NY.

It doesn&#39;t matter what they call me, it matters who I am. MAKESHIFT

EVERY SPECK OF RAIN, a world a micro memoir 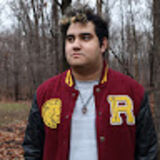