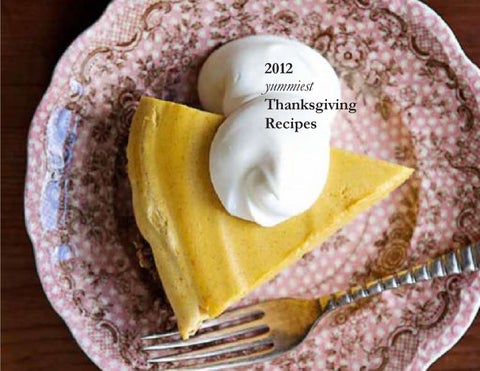 This is a recipe that I have made for years, since living in Santa Fe. I have made a number of variations on this dish over the years, using different kinds of sausage, adding kale, or using cornbread as the stuffing mix. Feel free to experiment with this one, but know that it is always loved and finished quickly.

In a large heavy skillet cook the kielbasa over moderate heat, stirring, until it is browned and transfer it with a slotted spoon to a large bowl. In the fat remaining in the skillet, cook the onions and the celery, stirring, until they are softened and add them to the bowl. In the skillet, sauté the pecans in the remaining fat and the butter over moderately high heat, stirring, until they are golden. Add the mixture to the bowl with the stuffing, the corn bread, the sage, the parsley, and the chilies. Add enough of the broth to moisten the stuffing to the desired consistency and let the stuffing cool completely. Makes about 14 cups, or enough to stuff a 12-to 16-pound turkey, with plenty to cook separately for those who like their stuffing less sinfully rich. TO ROAST PEPPERS Using a long-handled fork char the peppers over an open flame, turning them, for 2 to 3 minutes, or until the skins are blackened. (Or boil the peppers on the rack of a broiler pan under a preheated broiler about 2 inches from the heat, turning them every 5 minutes, for 15 to 25 minutes, or until skins are blistered and charred.) Transfer the peppers to a bowl and let them steam, covered, until they are cool enough to handle. Keeping the peppers whole, peel them starting at the blossom end, cut off the tops, and discard the seeds and ribs. (Wear rubber gloves when handling chilies.)

Arrange bread in a single layer on a baking sheet, and let stand, uncovered, at room temperature overnight. (Alternatively, bake bread in a 250-degree oven until dry but not browned, 25 to 30 minutes.) Transfer bread to a large bowl. Preheat oven to 400 degrees. In a medium bowl, toss squash with 2 tablespoons olive oil until coated; season with salt and pepper. Arrange squash in an even layer on a baking sheet; transfer to oven and roast until squash is tender, about 15 minutes. Transfer squash to bowl with bread cubes. Heat 2 tablespoons oil in a large skillet over medium-low heat. Add shallots, celery, and leek. Cook, stirring occasionally, until vegetables are soft, about 5 minutes. Fold in mustard greens and cook until just wilted, about 1 minute. Transfer to bowl with bread and squash. Heat remaining 2 tablespoons oil in skillet over medium heat. Add mushrooms and cook, stirring occasionally, until softened, 2 to 3 minutes. Transfer to bowl with bread and vegetables. Heat chicken broth in a small saucepan with butter and over medium-low heat until butter is melted; pour over bread mixture. Add sage, parsley, and thyme to bread mixture; season with salt and pepper; mix until well combined. Let stuffing mixture cool completely if stuffing in turkey. To cook stuffing in a turkey: Loosely stuff into a turkey, and roast until center of stuffing registers 165 degrees on an instant-read thermometer. To bake all of the stuffing outside a turkey: Spoon into a buttered 2-quart baking dish. Cover dish with parchment paper-lined aluminum foil. Bake at 400 degrees for 20 minutes. Uncover and bake until golden brown, about 25 minutes more.

“Canal House Cooks Every Day” by Hamilton &amp; Hirsheimer, Andrews McMeel 2012.” Even people who aren’t big pumpkin pie fans will like this genteel version. Light, delicate, and sweet, it is a recipe from a kinder, gentler time. Its very name— “chiffon”—evokes a sheer and floaty fabric, a long way from today’s sturdy Spandex. Even after a hearty holiday meal, we find there’s always room for a small slice of this lovely pie. For the crust • 2 cups crumbled ginger snaps • 1/4 cup sugar • 1 teaspoon ground cinnamon • 6 tablespoons butter, melted For the filling • 1 tablespoon powdered gelatin • 3 eggs, separated • 3/4 cup sugar • 1-1/4 cups fresh cooked or canned pumpkin • 1/2 cup whole milk • 1/4 teaspoon salt • 1/2 teaspoon ground cinnamon • 1/4 whole nutmeg, freshly grated or 1/2 teaspoon ground nutmeg • Freshly whipped cream For the crust, preheat the oven to 350°. Put the crumbled cookies into a large resealable plastic bag and seal, pressing out the air. Roll back and forth over the bag with a rolling pin until the cookies are ground into fine crumbs. Transfer the crumbs to a large mixing bowl and stir in the sugar and cinnamon. Drizzle the melted butter over the crumbs and stir to combine. Pat the mixture evenly into a 9-inch pie pan and bake for 7 minutes. Remove from the oven and set aside to cool. For the filling, soak the gelatin in ¼ cup cold water. Put the egg yolks, ¼ cup of the sugar, the pumpkin, milk, salt, cinnamon, and nutmeg in a saucepan and cook over medium heat, stirring until thickened, about 10 minutes. Stir in the softened gelatin, then transfer to a large mixing bowl and allow to cool. Beat the reserved egg whites in a large mixing bowl on medium speed until foamy. Continue beating, gradually adding the remaining 1/2 cup sugar until egg whites are thick, glossy, and stiff. Fold the whites into the filling and pour into the baked pie crust. Chill until set, about 2 hours. Serve with freshly whipped cream, if you like.

by Lynne Rossetto Kasper. From A Spice Scented Thanksgiving Menu.

These greens can be made ahead and refrigerated. Cook to Cook: If you prefer fresh greens to frozen, use 1 1/2 pounds fresh collard greens or 2 pounds fresh spinach. Steam either one until tender, cool and squeeze out excess liquid.

1. Lightly film the bottom of a 12-inch, straight-sided sauté pan with olive oil and heat over medium-high. Add the onions, salt, and pepper and cook until the onions begin to brown. Stand back and drop in the escarole and collards. 2. Stir the greens until wilted. Cook away all their liquid, then add the garlic, oregano, basil, raisins and one half-cup of water. Lower the heat to medium-low and simmer, stirring occasionally. When all the water is cooked away, add another one half cup and simmer it away. Repeat adding water and cooking it away until the greens are tender, another 5 to 10 minutes. Remove from the heat and cool. Refrigerate, covered, if not using immediately.

Adapted from Vegetables from Amaranth to Zucchini by Elizabeth Schneider • • • • • • •

Heat vinegar, soy sauce, sugar, ginger and sesame oil in a small saucepan over moderately low heat, stirring, until sugar is dissolved (do not boil). Pour hot dressing over greens in a large bowl and toss well. Serve immediately.

This puree reheats nicely and holds for a couple of days in the fridge, but it is prime the day it’s cooked.

by Lynne Rossetto Kasper. From A Spice Scented Thanksgiving Menu.

Ginger and root vegetables? Trust us on this recipe, it will inspire a new appreciation of what winter can deliver. The yellow turnips called for here are not essential, but try them if you can. So sweet and mild, they side-step the earthiness of white varieties and tame down that other good-tasting but earthy root that’s usually left at the store—the rutabaga. Cook to Cook: The method for using ginger in this recipe is worth remembering. Not only does sautéing aromatics open up their flavor and tame their rough raw edges, the infused butter or oil helps transport their fragrances throughout the dish.

• 1-1/4 pounds rutabaga, peeled and sliced very thin • 3/4 pound turnips(yellow preferred), peeled and thinly sliced • 1-1/4 pounds red-skin potatoes, peeled and thinly sliced • Salt • 4 tablespoons butter • 3-inch-long piece of fresh ginger, finely minced (about 3 tablespoons) • Salt and freshly ground black pepper to taste 1. Place the rutabaga, turnips and potatoes into a 6-quart pot. Cover with water by 1 or 2 inches and sprinkle with about 2 teaspoons salt. Simmer for 25 minutes, or until the vegetable slices are tender. 2. Meanwhile, in a small skillet, melt the butter over medium heat and add the ginger, gently warming it (don’t sauté or brown), until it’s fragrant. Cover the skillet and set aside. 3. When the vegetables are tender, drain them well in a colander. Puree in a food processor with the ginger butter. Season to taste with salt and pepper. Serve hot.

Preheat oven to 400 degrees. Line 4 pieces of foil with parchment. Place 10 beets in center of each; drizzle with oil. Season with salt and pepper. Fold into packets, crimping edges to seal. Place on a baking sheet, and roast until beets are tender, about 1 hour. Unfold packets to cool slightly. Peel, and quarter. Heat remaining 1/4 cup oil in a large skillet over medium heat. Add garlic, and cook until golden brown, about 2 minutes. Add reserved beet greens, and cook until wilted, about 3 minutes. Transfer to paper-towel-lined plates, and let drain. Combine beets and beet-green mixture with pecans, blue cheese, and vinegar. Season with salt and pepper. Toss to combine. Serve warm.

• Half a medium acorn squash per person • Olive oil • Maple syrup • Sea salt • buttery spread Crank the oven to 400ºF. Carefully slice the acorn squash in half, lengthwise. Clean out the seeds with a spoon. Place the squash in a broiler or roasting pan. If any of the squash is tippy, slice a thin piece off the bottom to make it sit still. Pour some water into the pan- you’ll need a good inch or two (this helps keep the squash from scorching/sticking to the pan). Drizzle the squash with fruity olive oil and some pure maple syrup until it collects in the hollow. Season with sea salt. Add a pat of butter in the middle. Place the pan into the preheated oven. Roast the squash until it is fork tender. Easy, right? And delicious. Serve as is.

Pour off the maple syrup into a measuring cup and save it. Stuff the squash with cornbread dressing; pour the maple syrup on top and re-bake it till heated through. Voila!

• 1 pan of cornbread (or a dozen corn muffins) • 4-5 tablespoons extra virgin olive oil, to taste- or use melted butter, • 1 cup diced celery • 1 cup diced sweet or purple onion • 2 large crisp apples, peeled, cored and diced • 1 teaspoon thyme, dried • 1-2 teaspoons mild curry powder, to taste • 1/2 teaspoon ground cinnamon • 1 cup fresh chopped cranberries (or dried) • 1 cup light vegetable broth- more, as needed • 2 tablespoons pure maple syrup • Sea salt and fresh ground pepper, to taste Plan on making an 8-inch square or 9-inch round cornbread two to three days ahead; cut it up into 5 or 6 squares and freeze. Before making your stuffing, allow the cornbread to thaw a little bit. Cut the squares into cubes before it’s totally defrosted. This makes for easier slicing and it will crumble much less. Preheat the oven to 325ºF. Toast the cornbread cubes on a baking sheet for about 20 minutes or so. Keep an eye on them so they don’t get too browned. When they’re nicely toasted remove the baking sheet from the oven, set aside and allow the cubes to cool. Heat about 2 tablespoons of the olive oil in a large deep skillet, stir in the thyme, curry and cinnamon; add the celery, onion and apples; cook until softened. Remove the skillet from the burner and set aside to cool a bit. Add in the chopped cranberries. Stir in the toasted cornbread. Mix well. Add a little more olive oil, and the broth, pouring in a little at a time and gently stirring to combine. Add the maple syrup. Stir. Season with sea salt and pepper to taste. Some folks like a very soft dressing- if you are one of these, feel free to add more broth. Use for stuffing roasted acorn squash (see recipe at left for roasting squash).