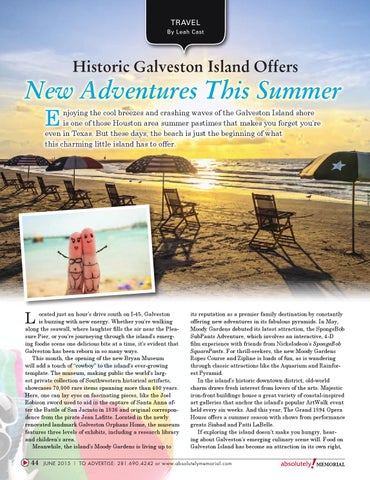 njoying the cool breezes and crashing waves of the Galveston Island shore is one of those Houston area summer pastimes that makes you forget you’re even in Texas. But these days, the beach is just the beginning of what this charming little island has to offer.

ocated just an hour’s drive south on I-45, Galveston is buzzing with new energy. Whether you’re walking along the seawall, where laughter fills the air near the Pleasure Pier, or you’re journeying through the island’s emerging foodie scene one delicious bite at a time, it’s evident that Galveston has been reborn in so many ways. This month, the opening of the new Bryan Museum will add a touch of “cowboy” to the island’s ever-growing template. The museum, making public the world’s largest private collection of Southwestern historical artifacts, showcases 70,000 rare items spanning more than 400 years. Here, one can lay eyes on fascinating pieces, like the Joel Robison sword used to aid in the capture of Santa Anna after the Battle of San Jacinto in 1836 and original correspondence from the pirate Jean Lafitte. Located in the newly renovated landmark Galveston Orphans Home, the museum features three levels of exhibits, including a research library and children’s area. Meanwhile, the island’s Moody Gardens is living up to

its reputation as a premier family destination by constantly offering new adventures in its fabulous pyramids. In May, Moody Gardens debuted its latest attraction, the SpongeBob SubPants Adventure, which involves an interactive, 4-D film experience with friends from Nickelodeon’s SpongeBob SquarePants. For thrill-seekers, the new Moody Gardens Ropes Course and Zipline is loads of fun, as is wandering through classic attractions like the Aquarium and Rainforest Pyramid. In the island’s historic downtown district, old-world charm draws fresh interest from lovers of the arts. Majestic iron-front buildings house a great variety of coastal-inspired art galleries that anchor the island’s popular ArtWalk event held every six weeks. And this year, The Grand 1894 Opera House offers a summer season with shows from performance greats Sinbad and Patti LaBelle. If exploring the island doesn’t make you hungry, hearing about Galveston’s emerging culinary scene will. Food on Galveston Island has become an attraction in its own right, 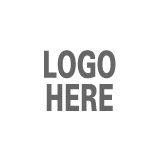