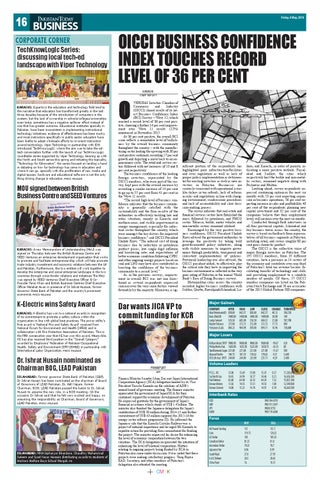 KARACHI: Experts in the education and technology field lend to the narrative that education has transformed greatly in the last three decades because of the introduction of computers in the system, but the lack of ownership in schools/colleges/universities even today sometimes has a negative spillover effect instead of one that has greater outcome. Educational institutes specially in Pakistan, have been inconsistent in implementing instructional technology initiatives, evidence of effectiveness has been murky, and most instructors specifically in public sector education have been loathe to adopt wholesale efforts to re-orient instruction around technology. Viper Technology in partnership with IDG introduced ‘TechKnowLogIc’, where the aim was to take the edtech conversation further with the launch of our TechKnowLogic roundtable series supported by Viper Technology. Gearing up with the North and South series this spring and initiating the topicality, “Technology for Ednovation”, the series focused on lending a hand in debating on how far technology has come in education and where it can go, specially with the proliferation of new media and digital spaces, hardware and educational software is not the only thing driving change in education. PRESS RELEASE

KARACHI: A new Memorandum of Understanding (MoU) was signed on Thursday between the British Business Centre and SEED Ventures an enterprise development organisation that works to promote and facilitate entrepreneurship which will help promote trade industry investment and economic relations between the UK and Pakistan. Furthermore, the two entities will work together to develop the enterprise and social enterprise landscape in the two countries through cross-border relations and initiatives The MoU was signed by SEED Ventures Chief Executive Officer & CoFounder Faraz Khan and British Business Centres Chief Executive Officer Malahat Awan in presence of Dr Ishrat Hussain, former Governor State Bank of Pakistan and the country’s prominent economist. PRESS RELEASE

K-electric wins safety Award KARACHI: K-Electric has won two national awards in recognition of its commitment to promote a safety culture within the organization in line with global best practices. The power utility’s first award is ‘National Fire and Safety Award’ received from National Forum for Environment and Health (NFEH) and in collaboration with Fire Protection Association of Pakistan. This is the fifth consecutive year that KE has won this award. Meanwhile, KE has also received third position in the “Overall Category” awarded by Employers’ Federation of Pakistan-Occupational Health, Safety and Environment (EFP-OSH&E) in partnership with International Labor Organization. PRESS RELEASE

Dr. Ishrat husain nominated as Chairman bOG, leAD Pakistan ISLAMABAD: Former governor State Bank of Pakistan (SBP), Dr Ishrat Husain has been nominated as the chairman of Board of Governors of LEAD Pakistan. Dr. Adil Najam, former Chairman, BOG, LEAD Pakistan,passed the baton to Dr. Ishrat Husain to assume the new role, in a BOG meeting. On the occasion Dr Ishrat said that he felt very excited and happy, on assuming the responsibility as Chairman, Board of Governors, LEAD Pakistan. PRESS RELEASE

VERSEAS Investors Chamber of Commerce and Industry (OICCI) shared results of its latest Business Confidence Index (BCI) Survey – Wave 12, which reached a record level of 36 per cent positive, showing a further 14 per cent improvement over Wave 11 results (22%) announced in November 2015. At 36 per cent positive, the overall BCI score reflects a remarkable level of bullishness by the overall business community throughout the country – with the manufacturing sector leading the upswing with 30 per cent positive sentiment, recording 17 per cent growth and depicting a move back to an expansionary cycle. The retail and service sectors followed with net increases of 13 and 8 per cent respectively. The business confidence of the leading foreign investors, represented by the OICCI members, who were part of the survey, kept pace with the overall increase by recording a similar increase of 14 per cent to go up to 55 per cent from 41 per cent in the Wave 11 results. “The record high level of business confidence indicates that the business community is generally satisfied with the sustainability and the firm resolve of the authorities in effectively tackling law and order situation, mainly in Karachi and northern areas, and visible improvement in energy management, especially for industrial sector throughout the country, which were amongst the key drivers for improved business confidence,” said OICCI President Shahab Rizvi. “The reduced cost of doing business due to reduction in petroleum product prices, low single digit inflation and borrowing rates and expectations of better economic condition following CPEC and other ongoing energy projects based on coal and LNG may have also contributed in boosting the confidence of the business community to a record level.” As in the previous surveys, improvement in overall BCI was not one directional as several respondents expressed concern over the very same factors viewed favorably by the majority. Moreover, a sig-

hore, and Karachi, in order of priority, indicating a more positive outlook. Faisalabad and Sialkot, the cities which respectively host the textile and non-metallic sectors, remained negative along with Peshawar and Multan. Looking ahead, survey respondents expressed continuing optimism for next six months with 53 per cent expecting expansion in business operations, 56 per cent expecting increase in sales and profitability, 40 per cent of the respondents planning new capital investment and 32 per cent of the companies believe that their employment levels will increase over the next six months. Conducted through field interviews in all four provincial capitals, Islamabad and key business towns across the country, the survey is based on feedback from representatives of all business segments in Pakistan, including retail, and covers roughly 80 per cent gross domestic product. The OICCI is the collective voice of major foreign investors in Pakistan. The 195 OICCI members, from 35 different countries, have a presence in 14 sectors of the economy and contribute over one-third of Pakistan’s total tax revenue besides facilitating transfer of technology and skills and providing employment to a sizeable number of people. Of these, 57 OICCI member companies are listed on the Pakistan Stock Exchange and 50 are associates of the 2015 Global Fortune 500 companies.

nificant portion of the respondents has highlighted poor infrastructure/facilities and over regulation as well as lack of proper policy implementation as detrimental for existing investors as well as new investors in Pakistan. Businesses are seriously concerned with operational issues like delays in tax refunds, lack of reforms in rules and regulations in line with changing environment, cumbersome procedures and lack of accountability and slow decision-making process. The survey indicates that real estate and financial services sectors have flourished the most, followed by petroleum, and FMCG sector. Tobacco, textile, motor vehicles and non-metallic sectors remained subdued. Encouraged by the very positive business confidence, OICCI President Shahab Rizvi advised the government authorities to leverage the positivity by taking bold growth-oriented policy initiatives, along with visible measures to improve governance through predictable, transparent and consistent implementation of policies. Provincial leadership was also advised, the OICCI president added, to effectively play the critical role they have in improving the business environment as reflected in the very poor rating of Pakistan in the annual World Bank’s Ease of Doing Business surveys. Metropolitan cities across the country recorded higher business confidence with Sukkur, Quetta, Rawalpindi/Islamabad, La-

Finance Minister Senator Ishaq Dar met Japan International Cooperation Agency (JICA) delegation headed by its Vice President Yasushi Kanzaki on the sidelines of ADB’s annual board of governors meeting. The finance minister appreciated the government of Japan/JICA for their continued support for economic development of Pakistan. He expressed gratitude for the government of Japan’s financial assistance which stands at US$ 1.4 billion. The minister also thanked the Japanese delegation for Japan’s contribution of US$ 50 million during 2014-15 and further commitment of US$ 43 million (approx) for 2015-16 for energy sector reforms programme (II). He informed the Japanese side that the Karachi Circular Railway was a project of national importance and he urged Mr Kanzaki to expedite action for providing firm commitment for funding the project. The minister expressed his desire for enhancing the level of economic cooperation between the two countries. The JICA delegation reciprocated the intention of enhancing the level of bilateral cooperation. Matters relating to ongoing projects being funded by JICA in Pakistan also came under discussion. It was noted that these projects were making satisfactory progress. Tariq Bajwa EAD, Secretary, and other members of Pakistan’s delegation also attended the meeting. 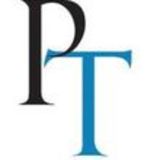