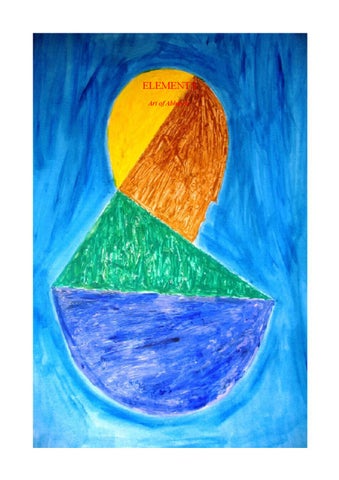 VASUDHAIV KUTUMBAKAM ayaM nijaH paroveti gaNanA laghu-chetasAM udAra charitAnAM tu vasudhaiva kuTumbhakaM || {’This is my own and that a stranger’ – is the calculation of the narrow-minded For the magnanimous-hearts however, the entire earth is but a family} Vasudhaiva Kutumbakam (from "vasudha", the earth; "eva" = emphasizer and "kutumbakam", "family") is a Sanskrit phrase which means that the whole world is one single family. "This gigantic idea(Vasudhaiva Kutumbakam) is an exclusively Indian contribution to world peace. This ancient nation evolved a world-view based on the motto "Loka samasta sukhina bhavantu" (Let the entire world be happy). The generation of our parents and grandparents still have doubts about the shape of the Earth. The generation born in eighties, nineties or later live in a unique time and cannot do without e-mails, blogs, discussion groups, web surfing, online chats, face book and other such online community websites. Without exceptions majority of this generation has online friends from beyond national borders and spends hours of free time on Internet. Super fast communication along with fast air transport has turned the world into one planetary society and has given rise to Planetary Consciousness- growing consciousness among human beings that they are part of a small planet in a vast cosmos and their well being depends on the well being of the planet and all its inhabitants. The idea of such a planetary society is not new in itself. Plato, Dante, Hobbes, Rousseau, Kant, Tennyson, Rauls, Imre, Lennon or Gary Davis have written at length about such societies and organizations but it is now an opportunity to realize such a society through global communications, global trade and commerce organizations and possibly a global parliament in the near future. Art is a powerful medium to convey ideas because it can create powerful symbols easily understood by people. Through my paintings I try to create such new symbols to communicate the evolving planetary consciousness. In my works you may find the following symbols: dark blue as a symbol of the Earth, black, brown, white and yellow colors as symbols of the four races. The experiments with geometric forms have led to the emergence of the white square as a symbol of hope and spiritual purity, as well as colored squares as symbols of joy, etc. Abhay K. February 2009 St. Petersburg

ELEMENTS 'Elements’ is another exhibition by a St. Petersburg artist Abhay Kumar, who is playing an active part in the cultural life of our city. Mind you, it is not a misprint; the Indian Consul did say in one of his interviews that it was St. Petersburg that has turned him into an artist. But, first and foremost, his paintings have this strictly Petersburg feel. Abhay Kumar fits well into St. Petersburg ‘titanism’ with denial of one-track specializations: if you feel yourself to be in an elevated and balanced state of mind, then you can easily express yourself through different types of art. Abhay Kumar is a diplomat by profession; he has already published several books of poetry and prose, participated in a number of exhibitions and festivals as an artist and started collecting art-pieces as well. Striving to understand Art on a larger scale, trying to combine the social service, philosophic poetry, symbolical painting and cosmic-scale of thought remind us of the Silver Age, Roerich, Ciurlionis, etc. If we put this into a more Indian perspective, we will get Rabindranatha Tagore, naturally. In the small format of Abhay Kumar’s work, the St. Petersburg traditions can be easily spotted, through the images of the Russian ‘Avant-garde’ art of the early XX th century. The geometry of Malevich and the musical coloured vision of Matyushin gain typically Indian colour vibrancy and even somewhat folklore inflections in the abstract and half-abstract works of Abhay Kumar. These creations are truly minimalist and are aimed at the elementary components of our perception. Elements, or ‘natures’ as they are called in European tradition, are placed into five lower chakras of the human body, according to Indian tradition, and through them the projection of the world around us is created. Chakras hold the five basic elements – Earth, Fire, Water, Air and Ether. But the main Petersburg trait, the one that we can all understand and sympathize is the spontaneous and direct approach to the material and the traditions in the works of this artist, who has bravely picked up a brush about three years ago and started painting on chocolate boxes at first. Such approach, it can be said, has been suggested to Abhay Kumar by the local artists of the 80’s generation among others, since from these people you can always pick up a positive charge of existential expression. Nowadays, when the Consulates of the Western countries have grown weary of St. Petersburg art and started treating it formally, even though during the Cold War and Perestroika they have been actively participating in the artistic life of the city, Abhay Kumar, an Indian diplomat, has become a prominent figure in the cultural life of the Northern capital and is doing some real work, trying to lead the contacts of the two great cultures to the new frontiers.

ENLIGHTENMENT Paintings and drawings of Abhay Kumar return us to the avant-garde art of the early twentieth century. The artist plays with the themes and motifs of works by Kazimir Malevich and Mikhail Matyushin with home-made ingenuity. And, despite the fact that over the past decade, the legacy of the avant-garde has not inspired new experiments of even one generation of artists, works of Abhay Kumar make no repetitions. Without the tension and pathos he makes the simple open art, playing the odds, which is given to the followers of Henri Rousseau. Images of the classical avant-garde are included here in the hieroglyphic language that is not talking about artistic utopias of 1910-20 years, but the new project for the future. Abhay Kumar creates an allegory of planetary consciousness emblems of the unity of the peoples. This is not propaganda agitation, but the characters suggested by the political reality of India â&#x20AC;&#x201C; the Republic uniting dozens of different cultures. Petersburg tradition knows other artist, writer and diplomat, who dreamed of universal harmony - the Banner of Peace. In his landscapes, Nicholas Roerich synthesized elements of Buddhist and Hindu icons. Abhay Kumar draws images of spiritual unity, a futuristic reworking of figurative and suprematic motives. In St. Petersburg and Moscow, he blends in with the culture of high dilettantism that traces its origins in the work of Velimir Khlebnikov, OBERIU, Arefievsky circle and Lianozovo school. A native of eastern India, a diplomat, writer and artist, he brings themes and subjects from different national and political traditions to independent art. His poetry and autobiography was published in English and in Russian translation. On the art scene Abhay Kumar debuts in role of the educator developing the characters of utopia. Without a doubt in the gallery "Selskaya Zhizhn" the ideas of planetary consciousness must be dreamed freely. The hospitable and cozy house, holding a fort in the center of promptly built Kolomyagy district - one of the most Russian places of the modern art of St. Petersburg. Around the bulky new buildings and uninhabited penthouses, post-Soviet skepticism and pragmatism of the new bourgeoisie reigns. With regard to the ideals of the Enlightenment, far from being realized, except universal literacy. And yet, outside of Russia they are still in force: a bright future, which is inspired by the artist, is India's true democratic socialism. Stanislav Savitsky January 2010 St. Petersburg

At the opening of the 'Level of Sea' exhibition at the central manege St. Petersburg Oct. 2009

At the opening of the exhibition 'Enlightenment': Maria Alexeeva, Stanislav Savitsky, Jan 2010 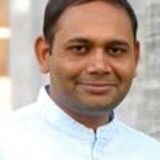 Art of Abhay K brings forth the idea of planetary consciousness...

Art of Abhay K brings forth the idea of planetary consciousness...