elcome to Aberdeen Art Gallery &amp; Museums’ 2018/19 season of Lunchbreak Concerts, a programme which encompasses an impressive range of talent and musical genres. During the redevelopment of the Cowdray Hall and Aberdeen Art Gallery, Lunchbreak Concerts are held in Aberdeen Citadel. Concerts take place on Thursdays at 12.45pm and last 45 minutes. There are 20-minute introductory talks before some of the concerts, starting at 12 noon. Lunchbreak Concerts are free of charge, for everyone to enjoy. Donations are very welcome and will help ensure that we can continue to offer, in the words of one concert-goer, this “fantastic feature of the Aberdeen music scene.”

Inspiring Art and Music The £30m Inspiring Art and Music redevelopment is delivering the greatest transformation in the history of Aberdeen Art Gallery, the Cowdray Hall and Remembrance Hall. This once-in-a-lifetime project is making our Grade A-listed building fit for purpose: to house the exceptional artworks in our care and to exceed the expectations of all our visitors, by restoring and modernising the building and significantly improving access. When it reopens in 2019 Aberdeen Art Gallery will be the city’s most visible, inspiring and welcoming public building for all to enjoy, for generations to come.

Musical Chairs Make a donation of £150 to our Inspiring Art and Music fundraising appeal and have a Cowdray Hall Musical Chair named for you or a loved one - the perfect gift for a music lover! To reserve your Musical Chair or to become a Founder Patron please call 01224 523719 or visit www.aagm.co.uk

During the redevelopment of Aberdeen Art Gallery and Cowdray Hall, Lunchbreak Concerts take place at

soundfestival: GARTH KNOX (Viola) The Aberdeen-raised viola player performs works by Ligeti, Sciarrino, and Frith as well as two of his own compositions.

MARGARET PRESTON (Flute) ROGER B WILLIAMS (Piano) One for the Birds, a programme of music by Karg-Elert and Saint-Saens.

MUSICIANS FROM THE NORTH EAST OF SCOTLAND MUSIC SCHOOL This renowned centre of music tuition in Aberdeen city centre serves the whole of the North East of Scotland as well as the Highlands and Islands.

HAMLET JAZZ QUARTET A selection of Jazz standards from the American Songbook alongside a selection of the group’s original compositions.

JOANNA NICOLSON (Clarinet) ROGER B WILLIAMS (Piano) Works inspired by expressions of devotion across the world and over the centuries, with music by Tommy Fowler, Marko Ruzdjak, Ryan Molloy and Anne-Marie O’Farrell.

MOIRA DOCHERTY (Soprano) ROGER B WILLIAMS (Piano) A Celtic Circle composed for Moira Docherty by Roger B Williams, with songs by Reynaldo Hahn and Henri Duparc.

EDINBURGH QUARTET Beethoven String Quartet in B flat, Op. 18 no. 6. 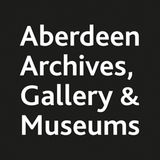