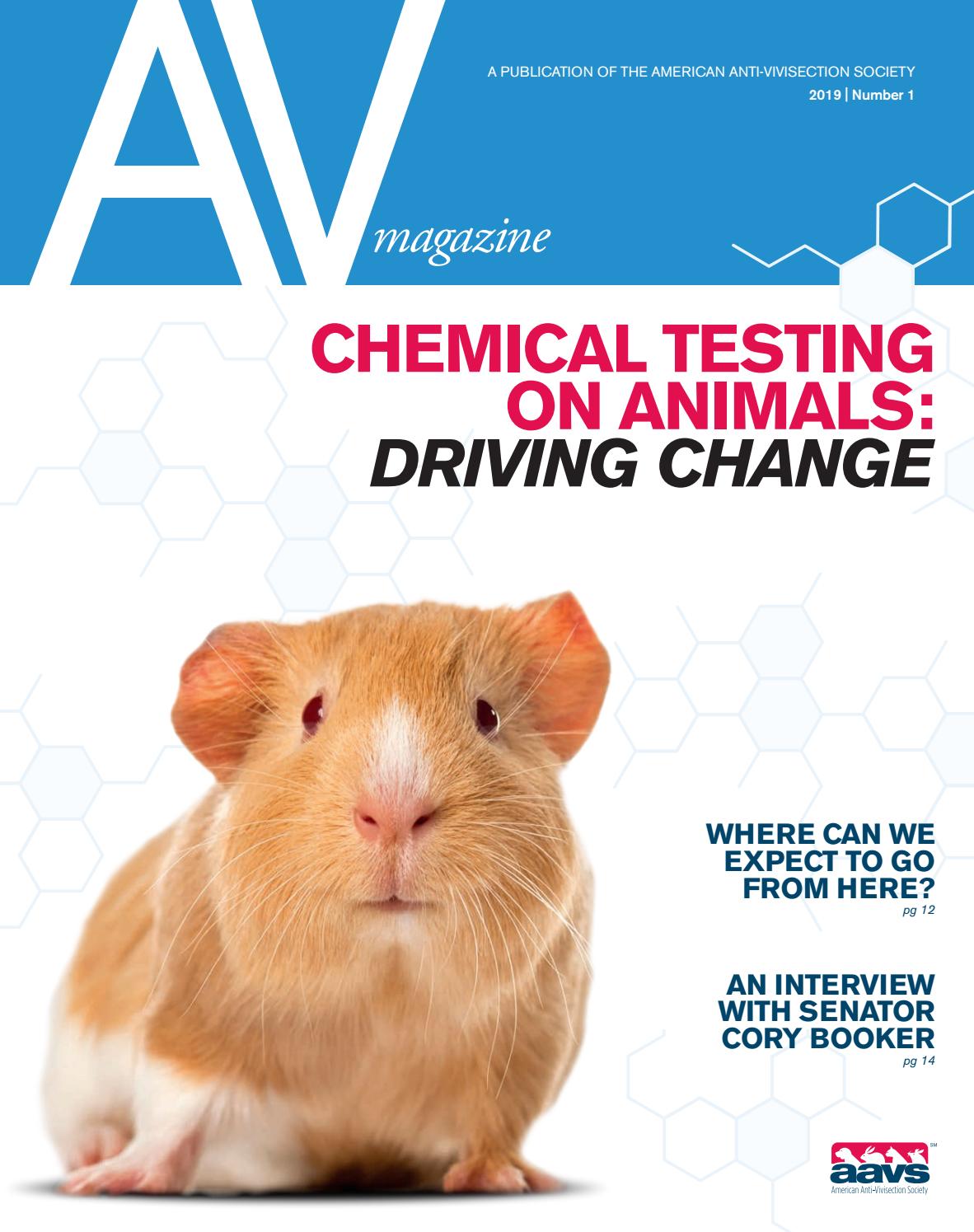 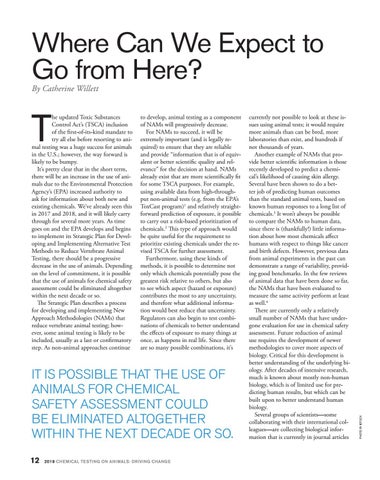 Where Can We Expect to Go from Here?

he updated Toxic Substances Control Act’s (TSCA) inclusion of the first-of-its-kind mandate to try all else before resorting to animal testing was a huge success for animals in the U.S.; however, the way forward is likely to be bumpy. It’s pretty clear that in the short term, there will be an increase in the use of animals due to the Environmental Protection Agency’s (EPA) increased authority to ask for information about both new and existing chemicals. We’ve already seen this in 2017 and 2018, and it will likely carry through for several more years. As time goes on and the EPA develops and begins to implement its Strategic Plan for Developing and Implementing Alternative Test Methods to Reduce Vertebrate Animal Testing, there should be a progressive decrease in the use of animals. Depending on the level of commitment, it is possible that the use of animals for chemical safety assessment could be eliminated altogether within the next decade or so. The Strategic Plan describes a process for developing and implementing New Approach Methodologies (NAMs) that reduce vertebrate animal testing; however, some animal testing is likely to be included, usually as a last or confirmatory step. As non-animal approaches continue

to develop, animal testing as a component of NAMs will progressively decrease. For NAMs to succeed, it will be extremely important (and is legally required) to ensure that they are reliable and provide “information that is of equivalent or better scientific quality and relevance” for the decision at hand. NAMs already exist that are more scientifically fit for some TSCA purposes. For example, using available data from high-throughput non-animal tests (e.g. from the EPA’s ToxCast program)1 and relatively straightforward prediction of exposure, it possible to carry out a risk-based prioritization of chemicals.2 This type of approach would be quite useful for the requirement to prioritize existing chemicals under the revised TSCA for further assessment. Furthermore, using these kinds of methods, it is possible to determine not only which chemicals potentially pose the greatest risk relative to others, but also to see which aspect (hazard or exposure) contributes the most to any uncertainty, and therefore what additional information would best reduce that uncertainty. Regulators can also begin to test combinations of chemicals to better understand the effects of exposure to many things at once, as happens in real life. Since there are so many possible combinations, it’s

IT IS POSSIBLE THAT THE USE OF ANIMALS FOR CHEMICAL SAFETY ASSESSMENT COULD BE ELIMINATED ALTOGETHER WITHIN THE NEXT DECADE OR SO. 12

currently not possible to look at these issues using animal tests; it would require more animals than can be bred, more laboratories than exist, and hundreds if not thousands of years. Another example of NAMs that provide better scientific information is those recently developed to predict a chemical’s likelihood of causing skin allergy. Several have been shown to do a better job of predicting human outcomes than the standard animal tests, based on known human responses to a long list of chemicals.3 It won’t always be possible to compare the NAMs to human data, since there is (thankfully!) little information about how most chemicals affect humans with respect to things like cancer and birth defects. However, previous data from animal experiments in the past can demonstrate a range of variability, providing good benchmarks. In the few reviews of animal data that have been done so far, the NAMs that have been evaluated to measure the same activity perform at least as well.4 There are currently only a relatively small number of NAMs that have undergone evaluation for use in chemical safety assessment. Future reduction of animal use requires the development of newer methodologies to cover more aspects of biology. Critical for this development is better understanding of the underlying biology. After decades of intensive research, much is known about mostly non-human biology, which is of limited use for predicting human results, but which can be built upon to better understand human biology. Several groups of scientists—some collaborating with their international colleagues—are collecting biological information that is currently in journal articles 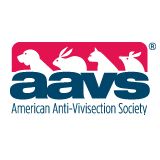