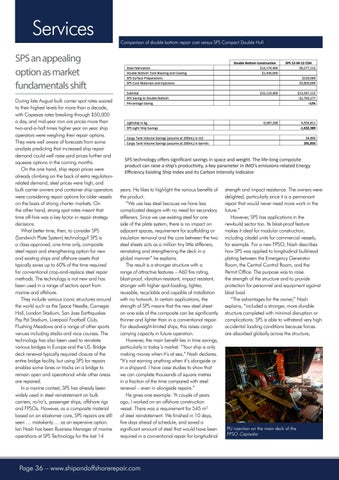 SPS an appealing option as market fundamentals shift During late August bulk carrier spot rates soared to their highest levels for more than a decade, with Capesize rates breaking through $50,000 a day, and mid-year iron ore prices more than two-and-a-half times higher year on year, ship operators were weighing their repair options. They were well aware of forecasts from some analysts predicting that increased ship repair demand could well raise yard prices further and squeeze options in the coming months. On the one hand, ship repair prices were already climbing on the back of extra regulationrelated demand, steel prices were high, and bulk carrier owners and container ship operators were considering repair options for older vessels on the basis of strong charter markets. On the other hand, strong spot rates meant that time off-hire was a key factor in repair strategy decisions. What better time, then, to consider SPS (Sandwich Plate System) technology? SPS is a class-approved, one-time only, composite steel repair and strengthening option for new and existing ships and offshore assets that typically saves up to 60% of the time required for conventional crop-and-replace steel repair methods. The technology is not new and has been used in a range of sectors apart from marine and offshore. They include various iconic structures around the world such as the Space Needle, Carnegie Hall, London Stadium, San Jose Earthquakes Pay Pal Stadium, Liverpool Football Club, Flushing Meadows and a range of other sports venues including stadia and race courses. The technology has also been used to reinstate various bridges in Europe and the US. Bridge deck renewal typically required closure of the entire bridge facility, but using SPS for repairs enables some lanes or tracks on a bridge to remain open and operational while other areas are repaired. In a marine context, SPS has already been widely used in steel reinstatement on bulk carriers, ro/ro’s, passenger ships, offshore rigs and FPSOs. However, as a composite material based on an elastomer core, SPS repairs are still seen … mistakenly … as an expensive option. Ian Nash has been Business Manager of marine operations at SPS Technology for the last 14

SPS technology offers significant savings in space and weight. The life-long composite product can raise a ship’s productivity, a key parameter in IMO’s emissions-related Energy Efficiency Existing Ship Index and its Carbon Intensity Indicator years. He likes to highlight the various benefits of the product. “We use less steel because we have less complicated designs with no need for secondary stiffeners. Since we use existing steel for one side of the plate system, there is no impact on adjacent spaces, requirement for scaffolding or insulation removal and the core between the two steel sheets acts as a million tiny little stiffeners, reinstating and strengthening the deck in a global manner” he explains. The result is a stronger structure with a range of attractive features – A60 fire rating, blast-proof, vibration-resistant, impact resistant, stronger with higher spot-loading, lighter, reusable, recyclable and capable of installation with no hotwork. In certain applications, the strength of SPS means that the new steel sheet on one side of the composite can be significantly thinner and lighter than in a conventional repair. For deadweight-limited ships, this raises cargo carrying capacity in future operation. However, the main benefit lies in time savings, particularly in today’s market. “Your ship is only making money when it’s at sea,” Nash declares. “It’s not earning anything when it’s alongside or in a shipyard. I have case studies to show that we can complete thousands of square metres in a fraction of the time compared with steel renewal – even in alongside repairs.” He gives one example. “A couple of years ago, I worked on an offshore construction vessel. There was a requirement for 545 m2 of steel reinstatement. We finished in 10 days, five days ahead of schedule, and saved a significant amount of steel that would have been required in a conventional repair for longitudinal

strength and impact resistance. The owners were delighted, particularly since it is a permanant repair that would never need more work in the future.” However, SPS has applications in the newbuild sector too. Its blast-proof feature makes it ideal for modular construction, including citadel units for commercial vessels, for example. For a new FPSO, Nash describes how SPS was applied to longitudinal bulkhead plating between the Emergency Generator Room, the Central Control Room, and the Permit Office. The purpose was to raise the strength of the structure and to provide protection for personnel and equipment against blast load. “The advantages for the owner,” Nash explains, “included a stronger, more durable structure completed with minimal disruption or complications. SPS is able to withstand very high accidental loading conditions because forces are absorbed globally across the structure,

PU injection on the main deck of the FPSO Capixaba 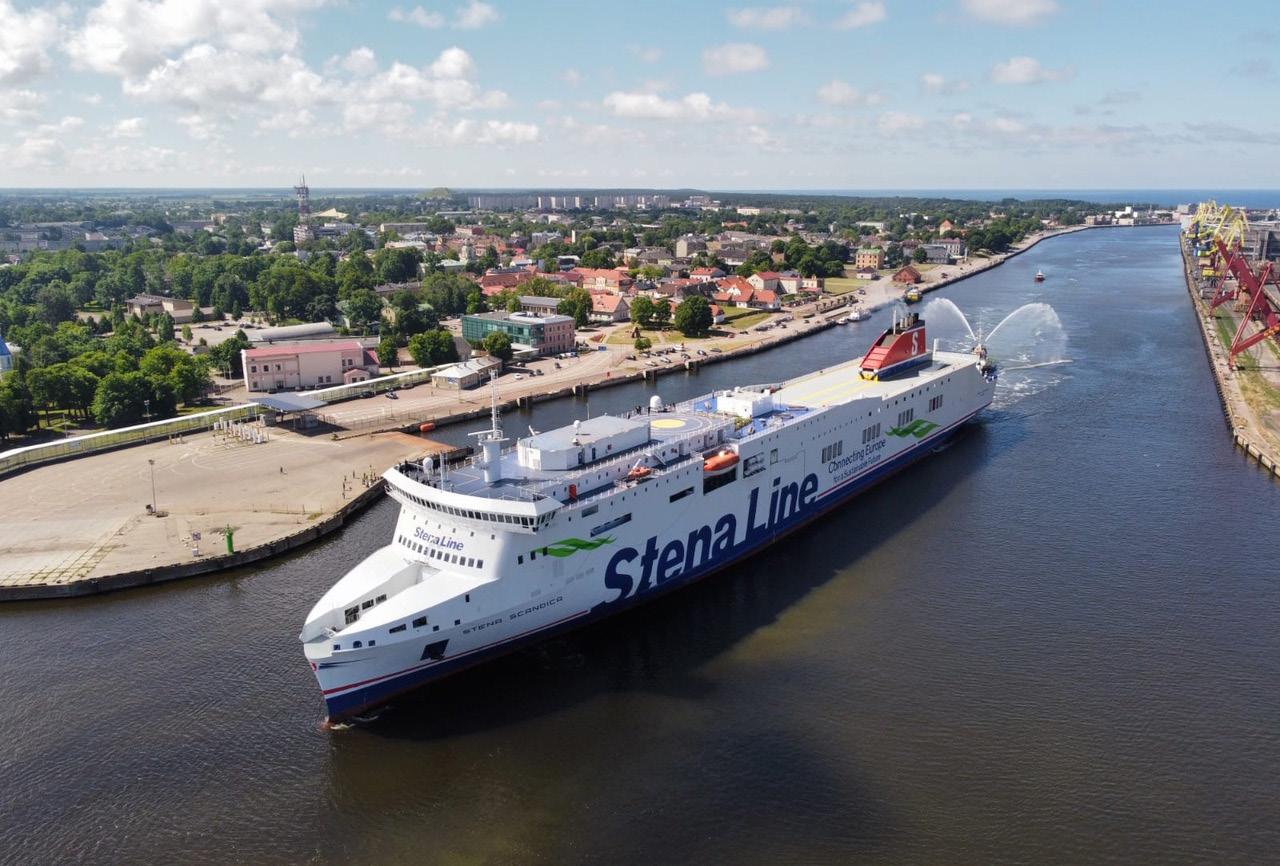 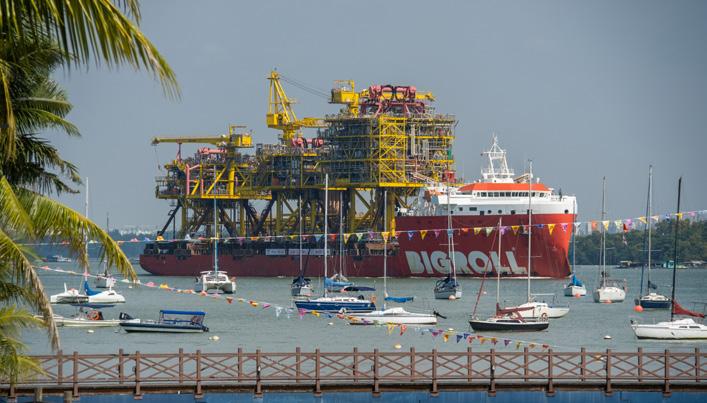 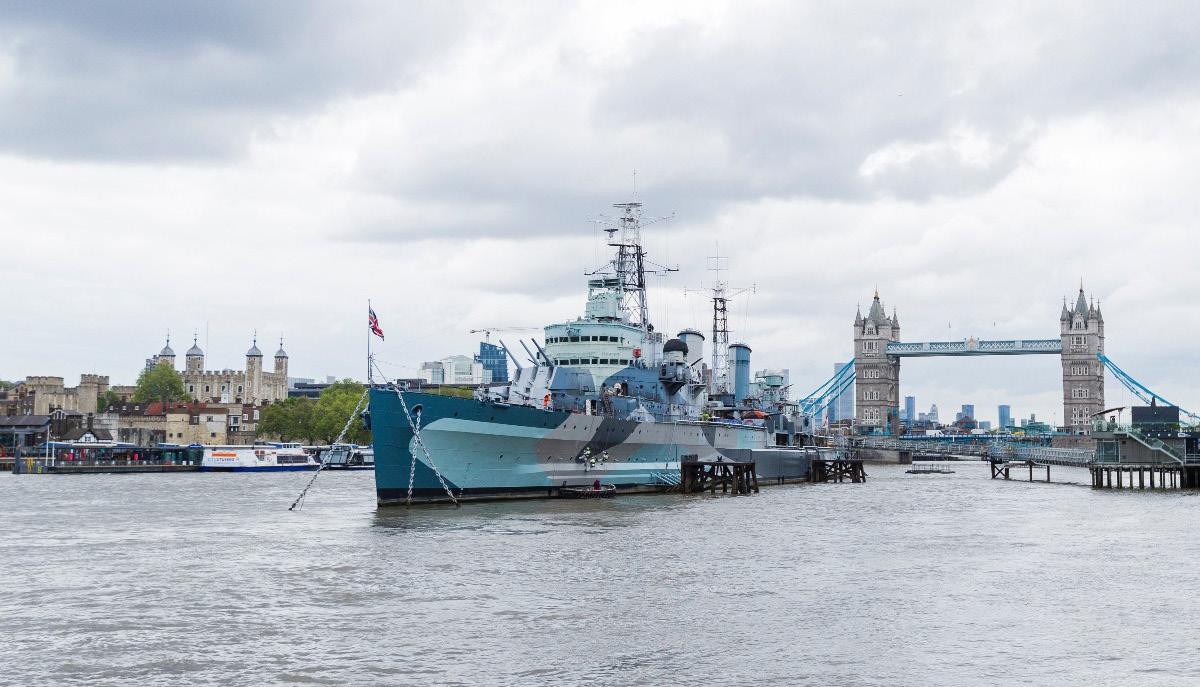 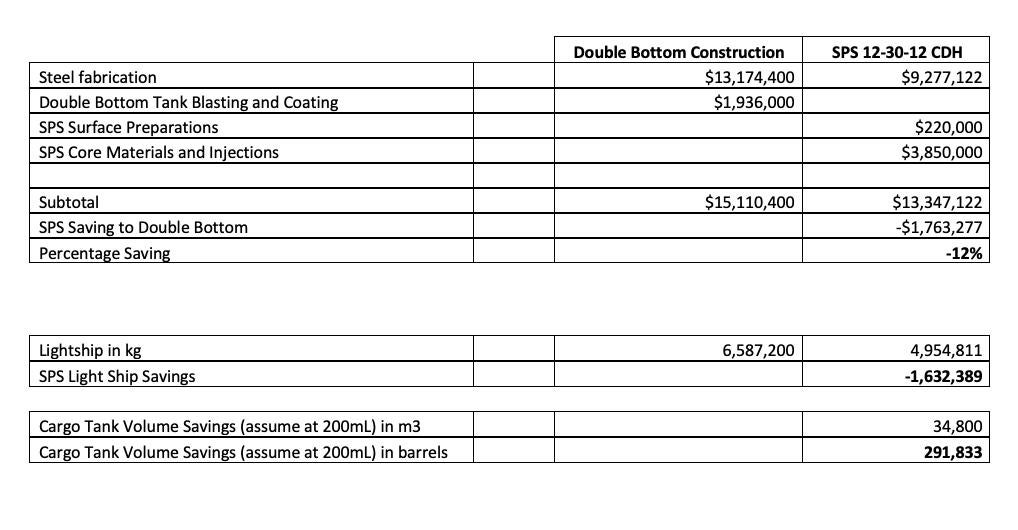 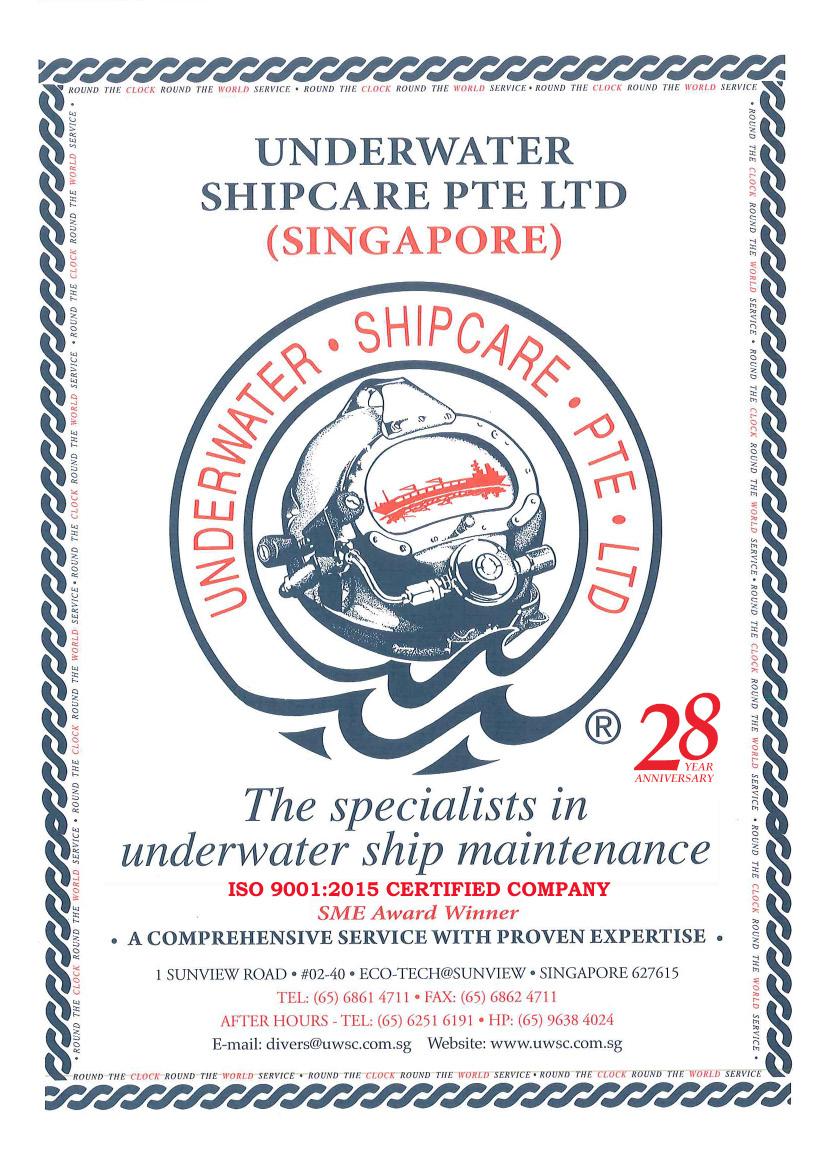 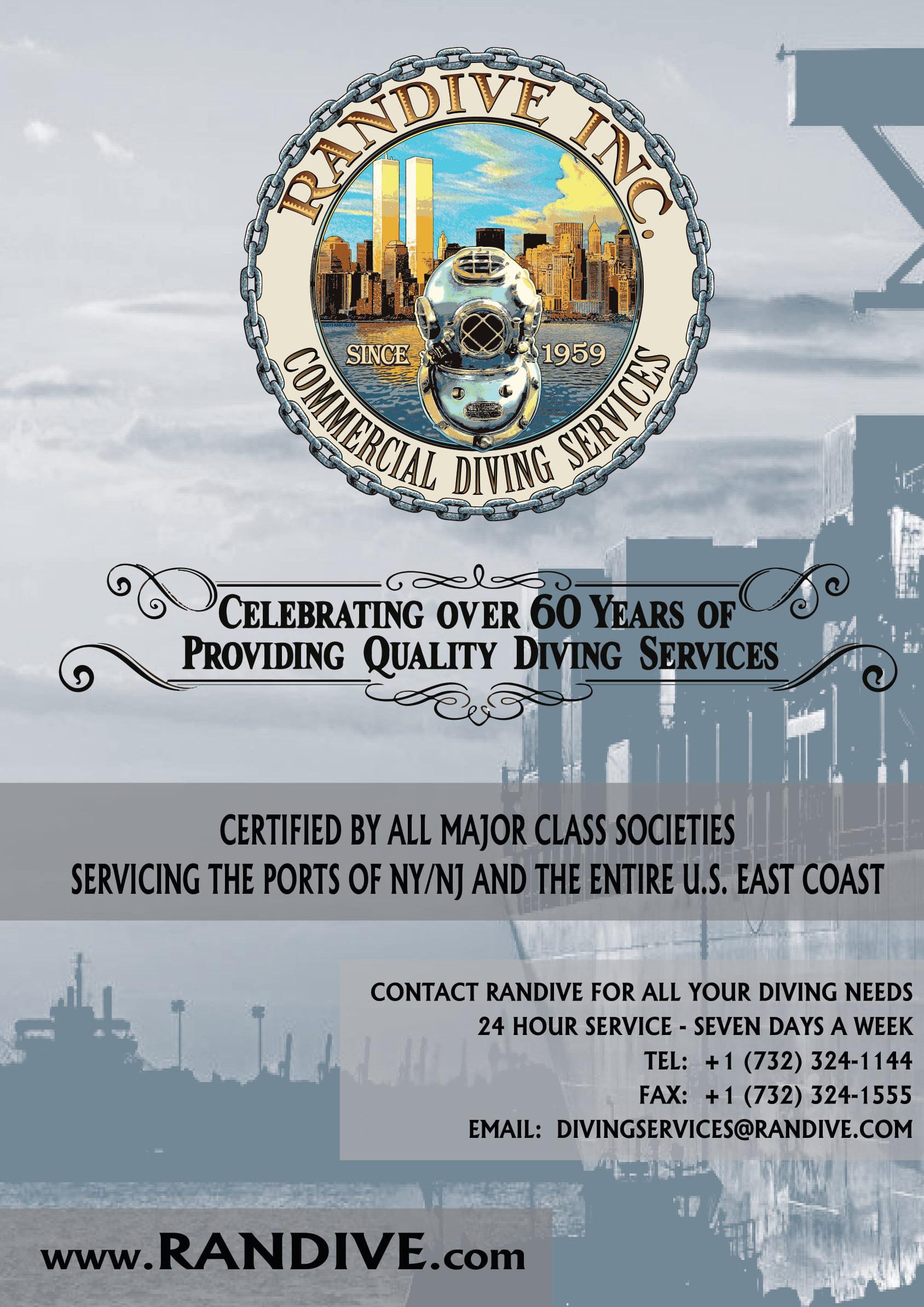 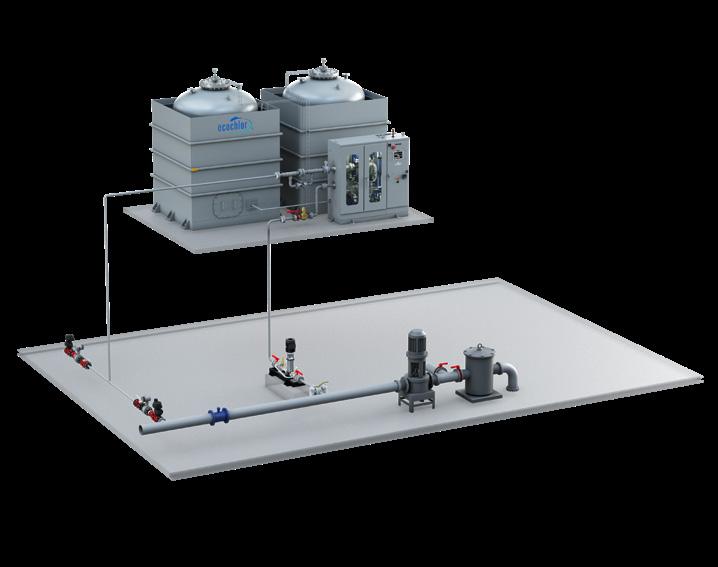 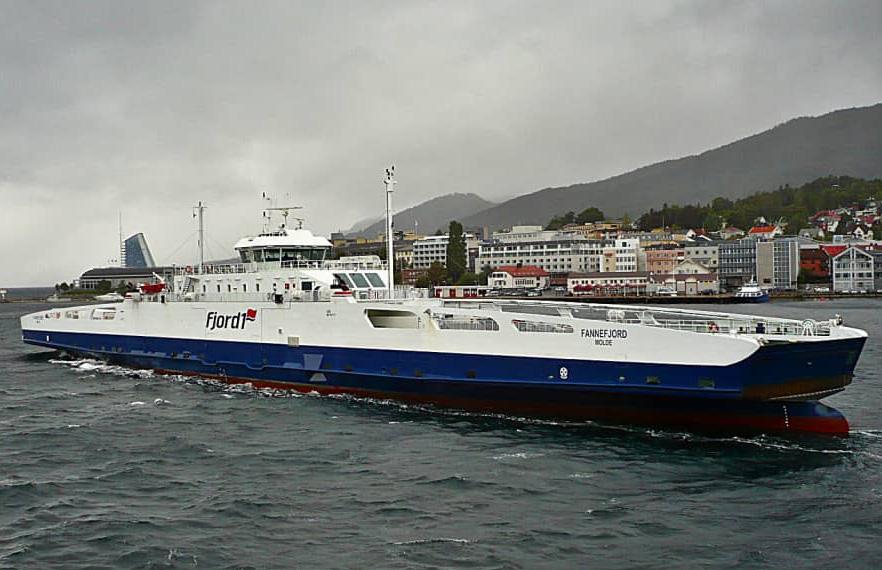 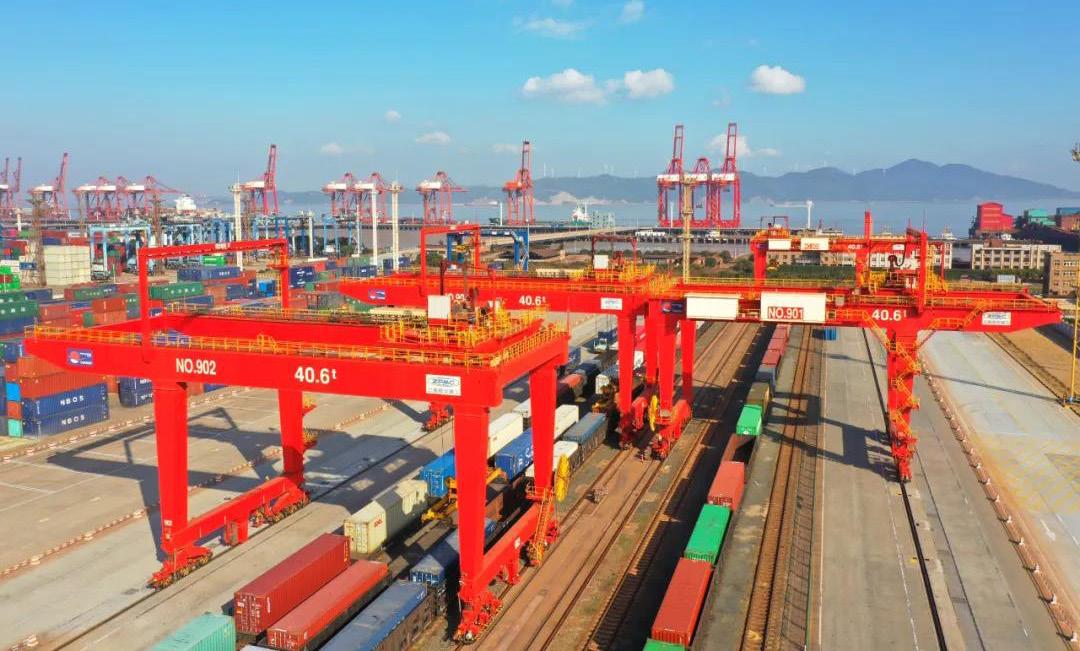 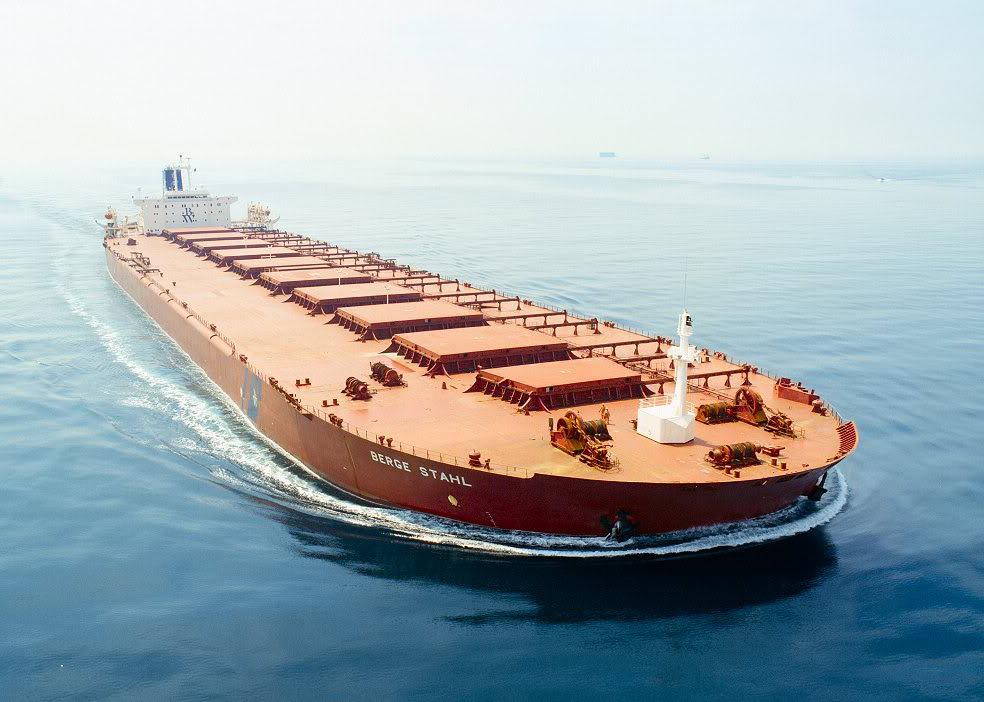