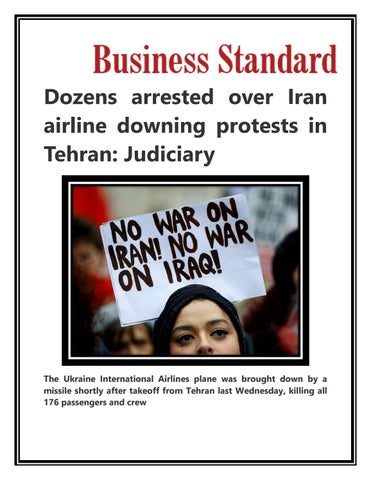 The Ukraine International Airlines plane was brought down by a missile shortly after takeoff from Tehran last Wednesday, killing all 176 passengers and crew

Some 30 people have been arrested in Iran, the judiciary said Tuesday after protests over authorities’ handling of the shooting down of a Ukrainian airliner last week. Judiciary spokesman Gholamhossein Esmaili gave no further details on the arrests. The Ukraine International Airlines plane was brought down by a missile shortly after takeoff from Tehran last Wednesday, killing all 176 passengers and crew. Tehran initially dismissed Western assertions the Boeing 737 had been downed by an Iranian missile, before admitting Saturday that it had been shot down due to “human error”. That angered some Iranians. AFP correspondents said around 200 students gathered Tuesday at Tehran University locked in a tense standoff with youths from a militia loyal to the establishment, on the fourth consecutive day of protests over the downing and Iran’s delay in accepting responsibility. Protesters had chanted “Death to the dictator” on Sunday, Fars news agency reported in a break from state media’s usual practice of referring to demonstrators as “rioters” and refraining from carrying such slogans. Esmaili told journalists Tuesday that “extensive investigations have been carried out and some people have been arrested”, without giving details. President Hassan Rouhani has said everyone responsible for the disaster must be “punished”…Keep reading 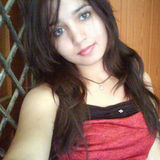