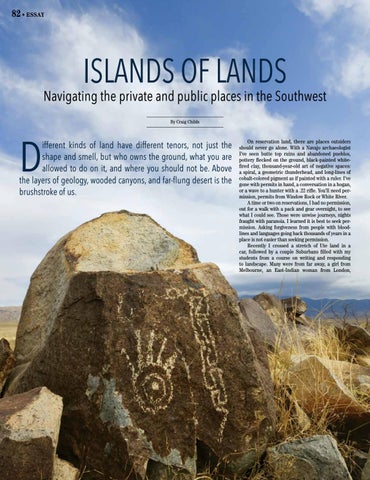 Navigating the private and public places in the Southwest

ifferent kinds of land have different tenors, not just the shape and smell, but who owns the ground, what you are allowed to do on it, and where you should not be. Above the layers of geology, wooded canyons, and far-flung desert is the brushstroke of us.

On reservation land, there are places outsiders should never go alone. With a Navajo archaeologist I’ve seen butte top ruins and abandoned pueblos, pottery flecked on the ground, black-painted whitefired clay, thousand-year-old art of negative spaces: a spiral, a geometric thunderhead, and long-lines of cobalt-colored pigment as if painted with a ruler. I’ve gone with permits in hand, a conversation in a hogan, or a wave to a hunter with a .22 rifle. You’ll need permission, permits from Window Rock or White River. A time or two on reservations, I had no permission, out for a walk with a pack and gear overnight, to see what I could see. Those were unwise journeys, nights fraught with paranoia. I learned it is best to seek permission. Asking forgiveness from people with bloodlines and languages going back thousands of years in a place is not easier than seeking permission. Recently I crossed a stretch of Ute land in a car, followed by a couple Suburbans filled with my students from a course on writing and responding to landscape. Many were from far away, a girl from Melbourne, an East-Indian woman from London, 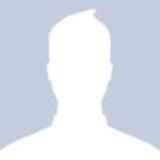