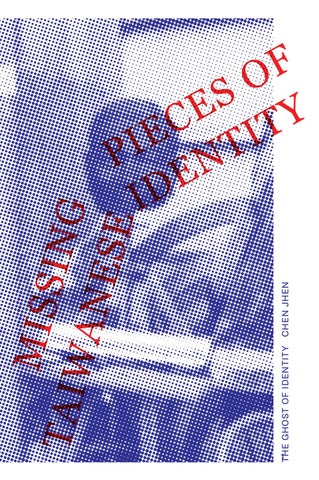 THE GHOST OF IDENTITY CHEN JHEN

The ghost of Identity

The ghost of Identity

THE GHOST OF IDENTITY

Politician’s statues are products of the regime, and symbols of cult of personality. The phenomenon of these sculptures, or new “objects” emerging with the advent of the 20th century, has in as short as a hundred years appeared, blossomed, perished, to now almost disappeared without a trace. These political remnants from the Japanese or Chinese pasts have seemed to die out, but stayed in our heart in another form. Thus I began to wonder where have these sculptures gone after being deserted? How have people treated them? What is on the mind of the collectors? In April of 2016, I spent approximately a month for a trip back in Taiwan, striving to search for these sculpture's whereabouts.

I begin this journey on my way to complete the final phase of my graduation thesis at the Design Academy Eindhoven. Before that, nearly a ten thousand kilometers away from my homeland, Taiwan, I had been searching online for images, theses and articles, and completing a few books in the Netherlands, trying to piecing together the identity of Taiwan. I could not help but ask myself, however, why a long-time resident of Taiwan as I am failed to clarify what that identity meant? What could I do in the Netherlands, so far, far away from home? Could what I had learned and understood throughout the past year be real? Or were they mere remnants of today’s public opinion?

To begin with, I found an online seller who sold a copper sculpture of Chiang Kai-shek. I called him, and was told it had been purchased around a year ago. When asked, â&#x20AC;&#x153;Who bought that copper sculpture? Is there any way that I can contact him?â&#x20AC;&#x153;, he said he could try, but there were no guarantees. He could vividly recall that it was someone from Taipei, since it was he himself who carried the sculpture to the fourth floor, where it was placed in the living room of the buyer's house.

PU TIEN SHENG SCULPTURE MUSEUM Pu Tien Sheng is a celebrated Taiwanese sculptor from earlier times. Born into the Japanese era, he received fine arts education in Japan, but reached the peak of his career during the Nationalist government's rule. He is also one of the pioneers who made large statues of politicians. It was a time of severe political retrenchment. The two sculptures of Chiang Kai-shek he created have been lost. To pay tribute to the late sculptor, I visited his former residence on the Linsen North Road, which is now managed by one of his sons, Mr. Pu Hao-zhi, and retains that Japanese style. An unusual sight could be seen beside an almost dried pond and slightly maintained potted plants in the big yard, where stood the horse-riding and naked woman statues. Mr. Pu told the story of Pu Tien Sheng with great patience. With the passage of time, the house has become his own home, with the display of sculptures adding to the fun of the space. On the back of the sculptures were their brief introductions, while the surrounding spaces served as temporary storage for freshly bought vegetables and a bike. There was even a washing machine buzzing cheerily beside a naked woman statue. This is also why I consider this space remarkably beautiful: it becomes a microcosm not only of the career and life of an artist, but of the time in which he lived.

Prior to my visit, I had read quite a few materials, and prepared a list of incisive questions. The almost threehour talk, however, kept me from asking them. All the comments, news coverage, and Internet articles paled in comparison to the real life stories unfolding before my eyes. All the sculptor had gone through or sacrificed for livelihood or safety in the era he lived in, with all that political stress or social phenomenon, are perhaps beyond our scope of understanding in this modern, free world.

A report dated April 19th, 1946 explained why Pu Tien Sheng failed to completethe copper sculpture. It said: The sculptor shall be detained and brought to justice provided that the sculpture of Chairman Chiang cannot be finished on schedule.

In the end, I asked Mr. Pu, How does he feel about the behavior of destroying statues? â&#x20AC;&#x153;Personally, I do not consider transitional justice reason enough to demolish statues, which could instead be treated as historical records. The Germans, for example, did not discard everything about the concentration camps, but founded a memorial museum for the world to remember and prevent history from repeating itself. You do not always need to erase all the unhappy memories. The Japanese also created a sculpture to commemorate innocent victims from the atomic bomb. Time will tell if these are right or wrong. Destruction is a kind of radical actions that people in the past, who were not allowed to speak their mind (owing to political retrenchment), took to express themselves. It has become unnecessary in an age of freedom of speech as it is now. Should transitional justice be realized in such a way? Can destruction indeed lead to transition? My father's statue of Wu Feng was installed before the Chiayi Station in 1980, and removed in 1988 as an election propaganda strategy. But was justice served? They smashed the sculpture into pieces, and my father was so heartbroken that he went and asked the Chiayi City Government to return it to him, only getting the answer that it was gone. Did Wu Feng disappear with the sculpture? Did Chiang Kai-shek fall into oblivion with the removal of his sculpture? Historical truths shall be restored, and that is what I think.â&#x20AC;?

WEI LI CHI STUDIO It was said that there are two gigantic statues of Chiang Kai-shek and Chiang Ching-kuo along the roads between MRT Fuxinggang and Beitou stations. I walked slowly along the MRT line, turned a corner, and suddenly the two green sculptures almost three-meters high loomed large before me. Behind them was a tin-roof house, so I opened one of the windows and stole a look: a sculpture factory through and through. I asked someone living nearby if he knew who owned the factory, and he mentioned an old professor from the Political Warfare Cadres Academy. Located not far away from here, it was a school engaged in political campaign in the time of Chiang Kai-shek. Afterwards, I met an old man walking with a stick in the neighborhood, so I greeted him and asked if he was the factory's owner. He said yes, and then took out a key and led us in. Despite at the age of 90, he walked with sureness, and spoke clearly. He said he once lived in China before WWII, and it was not until he drew comic strips that criticized Mao Zedong and caught the attention of the Red Army that he, after some twists and turns, fled to Taiwan. He had since educated himself on sculpting. No one in Taiwan had made more statues of Chiang Kai-shek than he. So I inquired what he thought of the fact that people began demolishing copper sculptures. He responded, â&#x20AC;&#x153;My copper sculptures are too beautiful to be ruined. Only the ugly ones would be messed with.â&#x20AC;?

The mold for the tallest Chiang Kai-shek's sculpture in Taiwan. The sculpture is placed in the Shimen Reservoir.

TEMPLES It might be surprising to some, but it is not a rare sight in Taiwan to find Chiang Kai-shek's copper sculptures worshipped at temples. I myself have visited at least four temples dedicated to Chiang. It seems a result of Taiwanese's unconscious blending of hero worship and traditional religions. The Jiulong Temple in Hsinchu is especially impressive. We headed to Baoshan Township, Hsinchu County, driving deeper and deeper into the mountains, where the temple resides. In this cavernous temple without a soul to be seen, Chiang's sculpture was set in a gloomy room on the second floor. On the walls were dragon-shaped reliefs, and a wooden tablet inscribed with words of praise for him. The two national flags on both sides had been blackened by candle smoke. They dressed him in magnificent clothes, who sat in the middle of the room like a ghost. We went downstairs, and met two elderly men, one of whom was lame. He invited us over for tea. One said his father, once possessed by Chiang Kai-shek, founded the temple to commemorate him. He himself had also been possessed, so I asked how it felt to be possessed. The spirit had, he said, tried to control his body, forcing him to run backwards. He held onto the pillar, bucking wildly, but it would not go away until his father returned. It is a spacious temple which obviously has its busy moments. They said from time to time Chiang would bring foreigners here, but had no clue to where they came from when I asked about their nationalities.

CIHU MEMORIAL SCULPTURE PARK I made a call after seeing an antique dealer who bought a Chiang's sculpture on the news. The dealer told me it had been sold a long time ago to an amusement park. When asked the name of the park, he said it was called Cihu. I guessed he referred to the Cihu Memorial Sculpture Park, a space that accommodates the discarded copper sculptures of Chiang Kai-shek from different places. In some sense, it is definitely an â&#x20AC;&#x153;amusement parkâ&#x20AC;? for the Chiang Kai-sheks, with all those more than two hundred copper sculptures stationed throughout the grounds. No one knows where they have come from, or where they have been. They just keep looking at each other. Buses of mainland tourists stream in, hunting for novelty, posing enthusiastically for photos with them.

Sculptures of Chiang Kai-shek used to be stationed at the entrance of almost every school. The majority have been moved into storage rooms in the wake of de-Chiangization, a movement to eradicate Chiangâ&#x20AC;&#x2122;s godlike status. I made phone calls to many educational institutions, but most of them would not allow me to visit. NTNU was one of the few exceptions, and both photographing and video recording were permitted only under one condition: do not play tricks. One of the staff told me neither did he know why the copper sculpture was not placed in the gallery of the Department of Fine Arts. It found its way into the collection of the Department of University History for it fell into the category of cultural heritage. Cultural relics and artworks should be treated differently.

I posted a question on one of the biggest social networking websites in Taiwan, asking if anyone knew where all the abandoned Chiang Kai-shek statues might have gone. Responses were few and far between, and one of them said, “There is one in my house.” “Hey there, do you mean you have one in your house? Or is that a joke?” “No! I'm serious. We has an antique shop, and my father has one in his collection. But why do you ask? I'm just an ordinary person, so please don't give me trouble.” Situated in Minsyong Township, Chiayi County, this antique shop was a large tin-roof house facing a paddy rice field. The owner said he did not sell antiques anymore, except when it was destined to do so. The sitting copper sculpture of Chiang now perched within the fence in the yard. He bought it purely for the fun of it, and had originally placed it in front of the antique shop, adding a bamboo leaf hat and necktie to it. Were it not for the fact that the farmers on the other side of the road got scared by the statue so often, he would not have moved it within the fence. 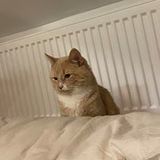 the ghost of identity

the ghost of identity