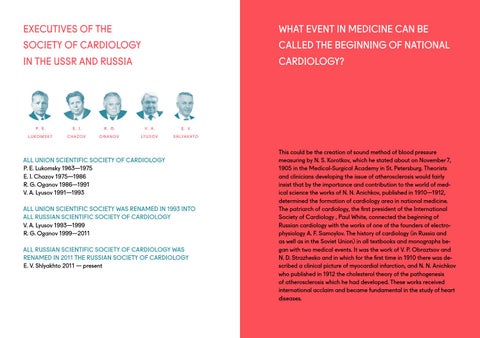 What event in medicine can be

called the beginning of national

in the USSR and Russia

This could be the creation of sound method of blood pressure measuring by N. S. Korotkov, which he stated about on November 7, 1905 in the Medical-Surgical Academy in St. Petersburg. Theorists and clinicians developing the issue of atherosclerosis would fairly insist that by the importance and contribution to the world of medical science the works of N. N. Anichkov, published in 1910—1912, determined the formation of cardiology area in national medicine. The patriarch of cardiology, the first president of the International Society of Cardiology , Paul White, connected the beginning of Russian cardiology with the works of one of the founders of electrophysiology A. F. Samoylov. The history of cardiology (in Russia and as well as in the Soviet Union) in all textbooks and monographs began with two medical events. It was the work of V. P. Obraztsov and N. D. Strazhesko and in which for the first time in 1910 there was described a clinical picture of myocardial infarction, and N. N. Anichkov who published in 1912 the cholesterol theory of the pathogenesis of atherosclerosis which he had developed. These works received international acclaim and became fundamental in the study of heart diseases. 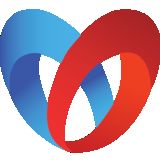