ASSESSMENT OF THE REFORM OF LOCAL SELF-GOVERNMENT BY COMMUNITY LEADERS In order to study the progress of local self-government reform in Ukraine and to identify features of the voluntary association of communities, specialists of the Odessa Institute of Social Technologies, All-Ukrainian public organization “Association for Community Self-Organization Assistance” and regional partner organizations, during July-August 2016, conducted an expert survey of representatives of territorial communities located in the Volyn , Dnipropetrovsk, Odessa, Luhansk, Lviv and Mykolayiv regions.

ASSESSMENT OF THE REFORM OF LOCAL SELF-GOVERNMENT BY COMMUNITY LEADERS In order to study the progress of local self-government reform in Ukraine and to identify features of the voluntary association of communities, specialists of the Odessa Institute of Social Technologies, All-Ukrainian public organization â&#x20AC;&#x153;Association for Community Self-Organization Assistanceâ&#x20AC;? and regional partner organizations, during July-August 2016, conducted semi-structured interviews with the heads of local selfgovernment bodies of the associated communities, communities planning to associate and communities with unsuccessful first attempt to associate. 69 senior officials of territorial communities were interviewed in total. Interviews were conducted in six regions of Ukraine: in Volyn (12 respondents), Dnipropetrovsk (5), Luhansk (10), Lviv (10), Mykolaiv (5) and Odessa (27). Below is a list of officials and the communities in which the interviews have been conducted.

THE MAIN RESULTS OF THE INTERVIEWS Most interviewed leaders of territorial communities positively assess the prospects for local self-government reform in Ukraine (51%). Part of the respondents are dissatisfied with the feeling of a certain pressure "from above" on local councils with the aim of "forced inducement" to the community association (17%). 22% of respondents believe that the weakest link of the reform is the lack of its complex regulatory support. The internal shortcomings that prevent AC to ensure their own ability include: financial, personnel and institutional insecurity, passivity of the residents, lack of authority (especially, the lack of opportunities to dispose of lands outside the settlements). Half of the respondents felt the resistance to reform at the local level, especially on the part of local government officials and representatives of the district authorities, who are afraid of losing power and jobs. The large majority of citizens are indifferent to the reform. The residents of communities, that are interested in the reform, take it as the last opportunity for social and economic development of their community and avoidance of its final decline and destruction.

More than half of the respondents consider the participation of residents in the implementation of the reform of local self-government productive and even necessary. The large majority of reform discussions were initiated by local chairmen and deputies. The greatest interest in discussing reform was demonstrated by the workers of budgetary sphere, local businessmen, farmers, local deputies and public organizations. A quarter of respondents do not consider productive participation of community residents in the reform. The local authorities tried to inform residents about the reform mostly through deputies, local newspapers and general meetings. As of today, PSOBs (rural committees) are not a common form of residents' selforganization in the communities, where the survey was conducted. Most respondents indicated that PSOBs in their settlements are not created and they know nothing about these authority bodies and their mission. However, a significant part of the respondents expressed their willingness to promote the self-organization in their community in the future. Three quarters of interviewed leaders of territorial communities believe that the interests of peripheral settlements are respected to the full extent. The large majority of respondents believe that the adoption of the Statute will contribute to the consolidation of a territorial community. It is in the Statute that the cooperation between AC members, the public and the authorities should be secured.

The main initiators OF AMALGAMATION OF TERRITORIAL COMMUNITIES:

The main problems encountered1 during the AMALGAMATION of communities:

IMPERFECTION OF LEGISLATIVE BASE –

The interest of the parties in cooperation

33,3% PUBLIC EXPERTS BELIEVE THAT RESIDENTS ARE INTERESTED IN PARTICIPATION IN DECISION MAKING PROCESSES

29% BELIEVE THAT SUCH FORMS ARE ROUNDTABLES, THEMATIC TALKS 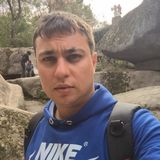