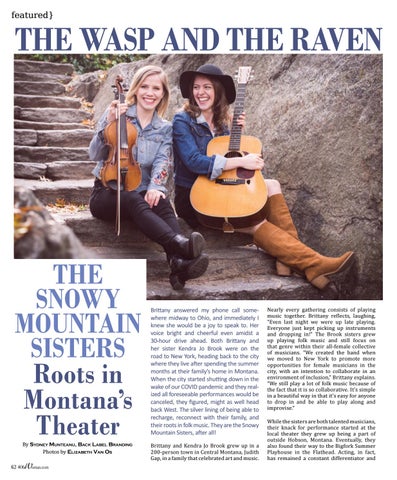 The Wasp and The Raven

Brittany answered my phone call somewhere midway to Ohio, and immediately I knew she would be a joy to speak to. Her voice bright and cheerful even amidst a 30-hour drive ahead. Both Brittany and her sister Kendra Jo Brook were on the road to New York, heading back to the city where they live after spending the summer months at their family’s home in Montana. When the city started shutting down in the wake of our COVID pandemic and they realized all foreseeable performances would be canceled, they figured, might as well head back West. The silver lining of being able to recharge, reconnect with their family, and their roots in folk music. They are the Snowy Mountain Sisters, after all! Brittany and Kendra Jo Brook grew up in a 200-person town in Central Montana, Judith Gap, in a family that celebrated art and music.

Nearly every gathering consists of playing music together. Brittany reflects, laughing, “Even last night we were up late playing. Everyone just kept picking up instruments and dropping in!” The Brook sisters grew up playing folk music and still focus on that genre within their all-female collective of musicians. “We created the band when we moved to New York to promote more opportunities for female musicians in the city, with an intention to collaborate in an environment of inclusion,” Brittany explains. “We still play a lot of folk music because of the fact that it is so collaborative. It’s simple in a beautiful way in that it’s easy for anyone to drop in and be able to play along and improvise.” While the sisters are both talented musicians, their knack for performance started at the local theater they grew up being a part of outside Hobson, Montana. Eventually, they also found their way to the Bigfork Summer Playhouse in the Flathead. Acting, in fact, has remained a constant differentiator and 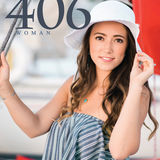