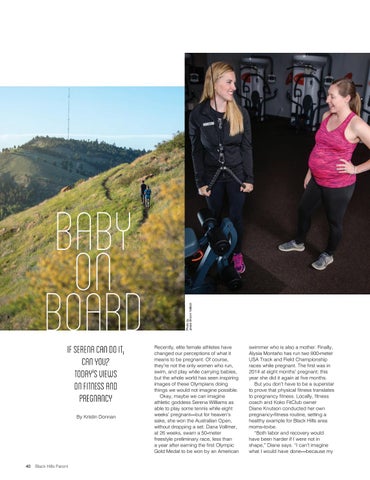 IF SERENA CAN DO IT, CAN YOU? TODAY&#39;S VIEWS ON FITNESS AND PREGNANCY By Kristin Donnan

Recently, elite female athletes have changed our perceptions of what it means to be pregnant. Of course, they’re not the only women who run, swim, and play while carrying babies, but the whole world has seen inspiring images of these Olympians doing things we would not imagine possible. Okay, maybe we can imagine athletic goddess Serena Williams as able to play some tennis while eight weeks’ pregnant—but for heaven’s sake, she won the Australian Open, without dropping a set. Dana Vollmer, at 26 weeks, swam a 50-meter freestyle preliminary race, less than a year after earning the first Olympic Gold Medal to be won by an American

swimmer who is also a mother. Finally, Alysia Montaño has run two 800-meter USA Track and Field Championship races while pregnant. The first was in 2014 at eight months’ pregnant; this year she did it again at five months. But you don’t have to be a superstar to prove that physical fitness translates to pregnancy fitness. Locally, fitness coach and Koko FitClub owner Diane Knutson conducted her own pregnancy-fitness routine, setting a healthy example for Black Hills area moms-to-be. “Both labor and recovery would have been harder if I were not in shape,” Diane says. “I can’t imagine what I would have done—because my 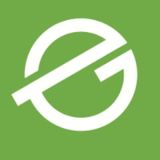