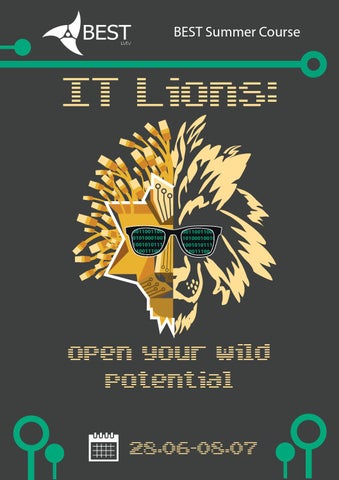 Survival Guide Lviv is a city in western Ukraine, around 70 kilometers from the border with Poland. Traces of its Polish and Austro-Hungarian heritage are evident in its architecture, which blends Central and Eastern European styles with those of Italy and Germany. In High Castle Park, the mountaintop ruins of a 14th-century castle provide panoramic views of the cityâ&#x20AC;&#x2122;s green-domed churches and the surrounding hills.

The national currency is the Hryvna.

150,000 According to public opinion polls, Lviv is the second most popular city in Ukraine after Kiev. Starting from December 1998, the central part of the city was included in the cultural and historical heritage of UNESCO.

Ukraine is located in Eastern Europe and shares its borders with seven countries, including Russia. It is partially bounded by two bodies of water - most notably, the Black Sea.

Lviv is an open air museum and the embodiment of the Ukrainian culture and European charm, unforgettable panoramas, and unique monuments of architecture, old traditions and, surely, flavored coffee in the legendary Lviv coffee houses. Guests are charmed by the special atmosphere of majestic calmness reigning in the city and pleasantly striking hospitality of local people.

Language Ukrainian - is an East Slavic language. It is the official state language of Ukraine and first of two principal languages of Ukrainians. If you plan on language-learning before traveling to Lviv, try to learn Ukrainian first. Remember some people may respond in Ukrainian even if you speak to them in Russian.

How to survive (What-to-bring list) *** During the International Evening every country will be represented by a table filled with your traditional drinks and foods. Take your country flag, national dress etc.

Passport (You can’t cross border without it!!!)

** You are legally allowed to bring through the EU border 40 cigarettes (two packs) or 20 cigarillos or 10 cigars or 50 g of smoking tobacco and...

Food, drinks** and something to present your country for the International Evening ***

During this course we will also have a weekend trip to Carpathian Mountains. The weather there can differ from the weather in the city. So be sure you've grabbed something warm like sweater.

The Ukrainian currency 1 Eur - 28 UAH is the Hryvna.

Both ATMs (known as "bankomats") and currency exchanges ("obmin valyuti") are ubiquitous throughout Lviv, particularly in the city center. Most, but not all, ATMs will accept Visa and Mastercard.

Currency exchanges will often only accept foreign currency in pristine condition. Also you canâ&#x20AC;&#x2122;t exchange euro coins. Travellers' checks are not very useful in Lviv; however, there are still a few hotels and banks that will cash them for you.

How can you get to Lviv? By train The easiest way to get to Lviv from Western Europe is through Krakow (or Wroclaw/Katowice) in Poland. From there, you have several options. Take a train to Przemyśl near the Polish-Ukrainian border. It costs about 40 PLN and takes between 4 and 5 hours. From Przemysl you take a bus to the border ('granitsa' in Polish) for 2.50 PLN, walk through the checkpoint and take another bus (marshrutka) to Lviv. When you exit the final border control, walk straight ahead and you will come out on a street which cars use to cross back into Poland. Follow this street up past the shops and money exchanges, and take your first left. About 50 meters down on the left hand side is the new bus terminal where buses run regularly to Lviv for approximately 23 UAH. Get your ticket from the driver. It is very easy to get to the city centre from Lviv railway station: you can take a taxi, which are at the entrance to the railway station building, or trams № 1 or № 9, bus № 31, which go directly to the city centre.

By bus One of the cheap ways to get to Lviv is to travel through Poland (by plane, train or another means of transport). Then you take a bus to Lviv where we will meet you. There are daily buses from Polish cities: Warsaw, Przemyśl, Lublin, Wrocław. It is possible also to get there by bus from other European cities.

By plane Lviv has a very efficient new international airport just 7km from the beautiful downtown. Lviv is served via direct international routes including flights from Vienna, Warsaw, Rome, Munich, Istanbul and Baku. For details go here http://www.lwo.aero Taxi from the airport to town (or visa-versa) should cost around 100 UAH (4 EUR), depending on the time of day.. Marshrutka bus 48 operated (4 UAH) from the airport (New Terminal). Also there is a trolleybus from old Airport Terminal to city center (2 UAH). Both of them are frequent (every 10-15 minutes during the day).

By car From Poland: take the E40, this will end at the city center. Keep in mind that all formalities at the border take from one hour upwards. There will be a long line for trucks, which you can pass if you travel by car. Don't expect the border police to treat you respectfully, or speak any language other than Ukrainian, Polish or Russian. Ukrainian roads are bad, and Ukrainian drivers have an aggressive driving style. When you drive into Lviv, make sure you have a good map because getting lost in this town is very easy.

From Kiev Lviv is not the biggest city of Ukraine, so some problems with transport communication of your city and Lviv may appear. But don't get upset, just take tickets to Kiev, the capital of Ukraine. There are usual trains between two cities. Price depends on the type of train.

The distance between Lviv and Kiev is approx 550km

The train from Kyiv to Lviv drives approx 7 hours

You can use website booking.uz.gov.ua/en for booking ticket. Remember, if youâ&#x20AC;&#x2122;re buying a ticket through the internet, you should print the e-ticket and present it at the railroad station. From there you will receive the actual train tickets with no extra costs. Note that the printed e-ticket is not valid, unless you have the actual tickets.

Number of train Departure at

You can purchase a tram tickets from any news kiosk or in driver in tram. Ask for a "tramvainyi kvytok". Once inside the tram, be sure to validate your ticket(s) by punching them in one of the metal punches mounted on the walls. An inspector may come around to check your ticket - these people do not wear uniforms but flash a little badge. It's interesting to note that mostly all of the drivers of the trams and ticket checkers are womens.

Mini-buses are known as "Marshrutky'', follow a set route. To indicate a desire to board, extend one arm as the marshrutka approaches; simply ask the driver to stop when you would like to get off.

without a fixed timetable

without a fixed timetable.

Taxis are available throughout the city and the city center is swarming with them at night. 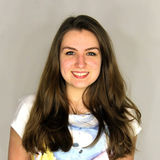